MiFi device the size of a pack of cards 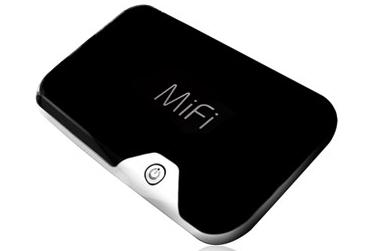 Powered by a rechargeable and removable lithium-ion battery, the Internode MiFi will support up to five Wi-Fi devices including notebooks, desktop PCs, smartphones and the latest generation gaming consoles.

Sold exclusively through Internode in Australia, the MiFi is $349 outright or $299 when bundled with a 24-month Internode data service. The MiFi is unlocked when purchased outright, so it will work with Optus, Vodafone, 3 and Virgin Mobile SIM cards that are data-enabled. The device won't work on Telstra's 850MHz Next G network.

The MiFi also has GPS, but this feature is not currently enabled in the firmware released in Australia.

The Internode MiFi comes with a power supply and a USB cable and has a built-in microSD slot capable of taking cards of up to 16GB in size.