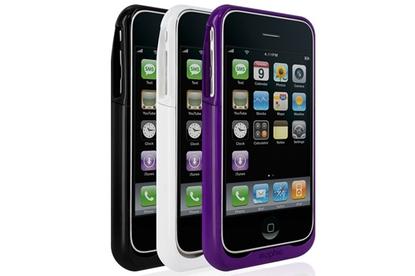 Apple sold more than 11 million iPhones in the last quarter of 2009 and will sell an additional 37.3 million during 2010, a financial analyst said in a recent research note to clients.

In the Dec. 28 research note, Brian Marshall of Broadpoint AmTech said that when the counting is done, Apple will have sold 11.3 million phones in the fourth quarter of 209, a figure that's nearly 30% higher than most Wall Street estimates.

Marshall explained his higher-than-average sales estimate by citing the enormous potential Apple has outside the U.S., where he believes as many as 8.8 million iPhones were sold in the last three months of 2009. "Based on our analysis, we believe Apple's current global footprint of the iPhone is [approximately] 90 countries, with 140-plus carriers offering the device," Marshall wrote in the note. "[That] contributes to a current service available market of 1.73 billion subscribers of which 29%, or 511 million are post-paid."

Post-paid refers to the billing method where customers pay a monthly bill after service is rendered, as opposed to pre-paid mobile plans where consumers purchase a set amount of minutes. In the U.S., AT&T, which is Apple's exclusive partner, only offers post-paid contracts for the iPhone.

If Marshall's numbers are on target, it would mean another record quarter for Apple. The current record of 7.4 million iPhones was set in the quarter that ended Sept. 30, 2009. At the time, Ezra Gottheil of Technology Business Research, dubbed the quarter -- during which Apple also sold a record number of Macs -- "spectacular."

In 2010, Apple will do even better, said Marshall, who has put the year's global iPhone sales at more than 37 million, an increase of 35% over his estimate of 27.7 million for calendar year 2009. Again, the upside for Apple is its potential to rapidly grow international sales.

Marshall's numbers for 2010 aren't out in left field. Today, Gene Munster, senior research analyst with Piper Jaffray, pegged 2010's iPhone number at 36 million, just 4% under Marshall's estimate. According to AppleInsider , which quoted Munster's Wednesday note to customers, his estimate for 2009 is 25.7 million, again slightly under Marshall's.

Neither Marshall or Munster have factored in a possible move by Apple later this year to add Verizon to its list of U.S.-approved carriers, a deal that has been discussed for months , and which some users have said they'd welcome because of AT&amp;T's ongoing problems providing adequate service for some customers.

Apple will unveil its fourth quarter earnings later this month when it holds a conference call with reporters and analysts.