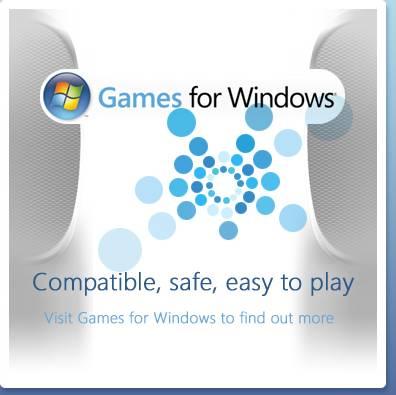 I feel bad for Microsoft's Games for Windows, a really great idea that for one reason or another has yet to blossom. I've previously grumped about it here and here, so I'll summarize: Launched in May 2007 with the Windows version of Halo 2, just 29 official LIVE-enabled titles since, and dozens more GFW-branded games that have Xbox 360 analogues, but no corresponding Games for Windows LIVE support, thus: No GFW-based matchmaking, achievements, and gamertag tracking.

Since Microsoft's done relatively little to promote the service, you probably haven't heard of Games on Demand, the company's cough-in-a-hand response to digital download services like Impulse and Gamersgate. It launched today--no I'm not making this up -- with a grand total of...

Okay, there's a spot of good news to follow that towering anticlimax: Microsoft's using the service to give away Tinker, a puzzler originally included with Windows Vista. They're also offering 50 percent discounts on Shadowrun, a decent online-only shooter that never got the support it deserved, and Viva Pinata, a game about raising adorable little animals that look like those candy-filled things most people beat with a stick.

You can download the Games for Windows LIVE client here (existing users will need to update to the latest version, 3.2). You can buy the games using a credit card or by redeeming Microsoft Points.

Missing in action? Osmos and World of Goo, previously promised as part of the launch. I'd wager they'll follow shortly, bring the total up to 15. Steam, by comparison, offers around 800 games. Until Microsoft can offer somewhere in that ballpark and add some compelling reasons to pick them over any of the other guys (Impulse, Direct2Drive, Gamersgate, etc.), Games for Windows, GFW LIVE, and this new Games on Demand service aren't going -- or growing -- anywhere.