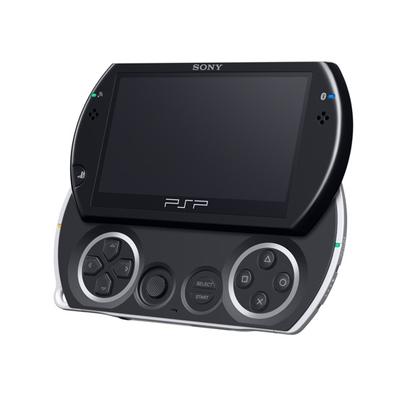 About 230 PSPs pre-loaded with custom study programs and instructor commentary have been distributed (at a cost of roughly £50,000) to the marine warfare engineering technicians who maintain the Navy's radar, radio and communications systems. If their experience is deemed successful, the Navy plans to expand the program to both air and ground branches of HM Armed Forces. The goal is to provide a compact and durable instructional aid that is easy for new recruits (typically males between 18 and 30 years old) to understand and interact with.

"We are working on the premise that looking at a book is now seen as dull and boring," Navy Commander Trevor Price told the U.K. Times. "When I was at school you sat at your desk and you did your work and that was it."

The idea was first proposed at the HMS Collingwood maritime warfare school in Hampshire County in an effort to boost failing grades and adapt modern military training to the cramped corridors and bunks of naval vessels.

"On most ships, the space people have is quite small," explained Lieutenant-Commander Mark "Beasty" Williams, who developed the new approach. "Many have bunks with just a couple of feet above. This is the sort of thing that can be used in a bunk space."

In a nod to bored soldiers across the world, naval authorities chose not to disable the UMD disc drive (thus allowing engineers to play Chinatown Wars in their free time.)

"I thought if we don't disable it, it'll be better looked after," said Lieutenant-Commander Williams. "They are also engineering technicians, and would probably be able to fix it themselves."