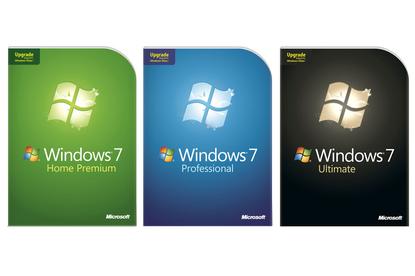 Microsoft, which has faced criticism for the pricing of its Windows 7 operating system, has announced that it will be conducting a pilot program in Australia for a Windows 7 Home Premium Family Pack. The Family Pack will include licences for up to three computers and cost $249.

Microsoft's Jeff Putt said that Microsoft had "listened to the feedback from our customers and we are very pleased to announce that we are piloting Family Pack in Australia as part of our Christmas offers."

The move is designed to spur sales of the operating system over the Christmas period. There will only be limited copies available, and Microsoft will not disclose how many. The company hasn't said if the Family Pack will be offered on a permanent basis. An official statement from company read: "Microsoft is expecting Windows 7 Family Pack to do well in Australia and that it will sell out. Family Pack is a limited trial and once the pilot has concluded, we'll evaluate the results and move forward from that point. We have no further plans around Windows 7 offers to share at this time."

A single-user copy of Windows 7 Home Premium costs $199; for an extra $50 you can get two extra copies, which is a saving of $348 if you had to purchase all three copies separately. As such, the Family Pack makes a great deal of sense for users with more than one computer who wish to migrate to the new operating system. It's a package that US consumers have had available to them since Windows 7 was initially launched. In the United States, the Windows 7 Home Premium Family Pack costs US$149.99 — the equivalent of about AU$165, or $84 cheaper than the Australian price.

The Family Pack is limited to the Home Premium version, which won't suit power users who require some of Windows 7's more advanced networking and virtualisation features. To upgrade to Windows 7 using the licences in the Family Pack, users will already need to have full versions of either Windows Vista or Windows XP installed on their computers.