The code was rubbish too, says Sophos. 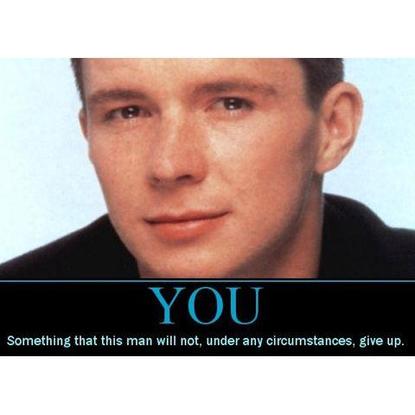 A security firm has expressed incredulity at the news that the Australian prank hacker who wrote a program targeting Apple iPhone users has been given a job by an application developer.

The writer of the Ikee worm, Ashley Towns, sprang to prominence only two weeks ago after his creation was found to be changing the desktop wallpaper on some 'jailbroken' or unlocked iPhones to display a picture of 1980's British pop-star Rick Astley. Now, fellow-Australian software company mogeneration is reported to have offered Towns a paid job after hearing of his efforts.

"Yey, I got the job. I'm now an iPhone application developer," says the 21-year old's Twitter feed, adopting a nonchalant attitude that has seriously annoyed more than one security company. Currently, only one is willing to go on the record.

"What disheartens me is that Towns has shown no regret for what he did. He admitted specifically infecting 100 iPhones himself, letting his worm loose in the process. Now his utterly irresponsible behaviour appears to have been rewarded," said Graham Cluley of software outfit Sophos, in an emailed press statement.

"There are plenty of young coders out there who would not have acted so stupidly, and are just as worthy of an opportunity inside a software development company, and are actually quite likely to be better coders than Towns who made a series of blunders with his code," huffed Cluley, who has a long public record for taking issue with anything that even vaguely appears to reward malware writers.

The fuss is unexpected given that the Ikee program was only capable of infecting a tiny number of users, specifically those who not only had unlocked their phone's application restrictions, but were using a secure shell (SSH) utility set to the default password. The program is only confirmed to have infected 100 users in Australia.

More contentiously, however, only days after Ikee came a second piece of more serious malware targeting the same SSH vulnerability, this time in an attempt to enrol the infected handset in a spam botnet.

The theme of malware writers using their creations to tout for work, however unintentionally, has a long history. An odd example was the CV that the writer of the notorious MyDoom is said to have embedded in its code for research companies to find. More blatantly, a storm erupted when the German author of the equally destructive Netsky/sasser malware was hired by a security firm in the country.