It's clear that the distribution model for games is changing fast, and the life of individual products is being stretched out using new techniques. 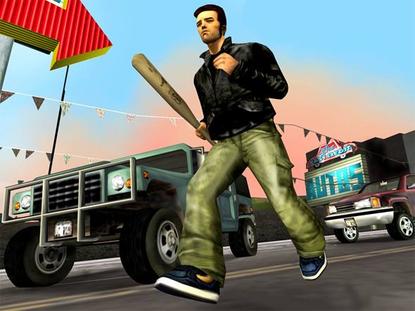 In a report posted this week, research company DFC Intelligence speculated on the potential that publisher Take Two has yet to unlock with its popular Grand Theft Auto franchise. This may seem very surprising at first, given the enormous sales success of every new game in the series, but analysts at DFC state that they believe "Grand Theft Auto alone is a franchise that should be generating World of Warcraft like numbers of over $1 billion a year on a consistent basis." How do they draw this conclusion? It's all based on the impact that each successive episode released for GTA IV has had on the game's market share. Citing player data from Gamer DNA, they observed that when the new episode The Ballad of Gay Tony was released, the audience for Grand Theft Auto IV quadrupled over night. Based on this, the firm concludes that Rockstar should deliver GTA products in more frequent episodic releases between major product launches. In short, the game needs to embrace the online distribution model that's already been seen, and if the game were to evolve into an ongoing episodic product using GTA IV as a "platform" it could be even bigger than it is already.

"Clearly Take-Two's value is largely dependent on the GTA franchise," the report states. "So how much is a franchise like Grand Theft Auto worth? In 2008, Take-Two Interactive was the subject of a hostile takeover bid from Electronic Arts at a price that valued the company at nearly $2 billion. EA was primarily after GTA with a secondary interest in basketball and some other sports franchises. Take-Two fought off the takeover bid, only to see their market value fall below $500 million a year later. Today the market value of Take-Two is headed up towards $1 billion again. Investors are clearly seeing value in GTA that is separate from the reality of Take-Two's actual financial performance. From DFC's perspective a franchise like Grand Theft Auto is a potential goldmine in the right hands. There is all kinds of potential to gain additional revenue streams from GTA. The success of products like Zynga's Mafia Wars shows not only the hunger for crime games, but also new ways to monetize the genre."

It's clear that the distribution model for games is changing fast, and the life of individual products is being stretched out using new techniques. For something as high profile as Grand Theft Auto, would you be prepared to play the game for years with new content distributed ever few months? To propose something even more radical, would you subscribe to a game like GTA with a "season pass" style service as seen for TV shows on iTunes? Let us know your thoughts on the subject in the comments.