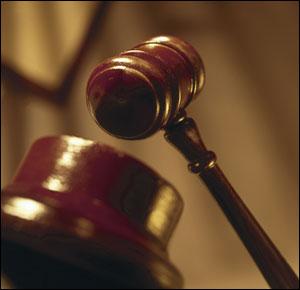 Intel on Monday sharply criticized the European Commission, which found it guilty of anticompetitive behavior, accusing the regulator of being selective with evidence it looked at and, essentially, setting out to find the company guilty.

Intel's statement came on the same day the EC released a document that detailed e-mail exchanges between Intel and computer manufacturers. EC antitrust officials described the e-mail exchanges as "smoking gun" evidence in the probe, which resulted in the chip maker being fined €1.06 billion (US$1.45 billion) in May.

In its Monday statement, Intel attacked the EC's handling of the case.

"Intel has reluctantly concluded that the Commission initiated the investigation with a predisposed view to alter the results of competition, and consequently tended to assess the evidence with a prosecutorial bent to confirm its point of view. In doing so, it ignored or minimised -- and indeed at times even refused to obtain -- important evidence that contradicted its view of the world. The result was a consistently one-sided and result-oriented selection and interpretation of the evidence," Intel wrote in the document, which is available on the chip maker's Web site.

The EC also failed to understand the competitive context of the x86 processor and PC markets and the way in which Intel competes with chief competitor Advanced Micro Devices, Intel said.

The Commission earlier ruled that Intel negotiated rebate deals with system manufacturers like Dell, Hewlett-Packard and Lenovo in order to shut out competition from its closest rival, AMD.

In the 518-page, nonconfidential version of the ruling, made public on Monday, the EC published e-mail messages as evidence of how Intel and PC makers negotiated deals to supply chips through rebate agreements. The deals discouraged PC makers from buying AMD processors, so they started using Intel chips almost exclusively, according to the ruling.

"Late last week Lenovo cut a lucrative deal with Intel. As a result of this, we will not be introducing AMD-based products in 2007 for our Notebook products," a Lenovo executive wrote in a December 2006 internal e-mail, according to the text of the ruling. However, Intel denied the existence of any exclusivity conditions in the discounts it offered Lenovo.

Intel rebates to HP from November 2002 to May 2005 were offered on the condition that HP meet no less than 95 percent of its microprocessor needs for business desktops from Intel. In an e-mail written in July 2002, an HP executive wrote: "PLEASE DO NOT... communicate to the regions, your team members or AMD that we are constrained to 5 percent AMD by pursuing the Intel agreement." The e-mail was written when Intel and HP were negotiating the rebate agreement.

The Commission selectively relied on "emotional exchanges" and speculation found in e-mail messages deemed in favor of its case, Intel said. The EC ignored key evidence, including documents, written declarations and testimony by senior individuals who negotiated the transactions, the company said.

Among the important evidence ignored by EC was an interview with a Dell executive who provided evidence favorable to Intel, Intel said. Intel took the matter to the Commission's ombudsman, who concluded in a July decision that the failure "to record and preserve the evidence produced at this key meeting amounted to maladministration on the part of the Commission," according to Intel.

According to earlier news reports, the Dell executive told investigators that he viewed the performance of AMD chips as "very poor" compared to Intel's.

Intel also said AMD's microprocessor sales to PC makers increased between 2002 and 2007, an indication that the rival actually did better business during the period in which Intel was accused of anticompetitive behavior. In addition, the EC failed to consider that AMD faced some struggles in certain areas of the market, including meeting requirements of its microprocessor customers.

"The Commission's conclusion that Intel sold products below cost in order to harm AMD was achieved by blatantly manipulating cost and competitive conditions," Intel said. Intel also criticized the EC for failing to require AMD to file internal documents related to the case and denying Intel access to those documents.

The evidence released by the EC speaks for itself, said Michael Silverman, an AMD spokesman, in an e-mail statement.

"Intel can say what it wants, but there's a simple reason why they have failed to convince a single antitrust agency that has independently reviewed the evidence that their practices are lawful and pro-consumer. Intel breaks the law," Silverman said.

Intel's statement comes less than a week after its formal appeal of the decision was released by the Court of First Instance in Luxembourg, which hears appeals of EC cases.

"Intel is bringing all the evidence to the attention of the Court of First Instance, to show not only why the EC's decision is wrong, but also why it should be annulled," Intel said.