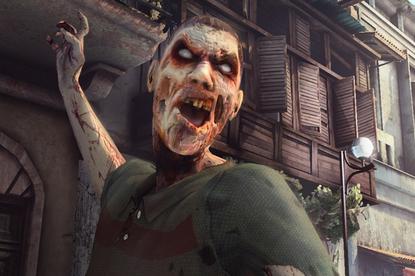 It's looking like next week is going to be a nice one for surviving. Konami has just sent along word that their Smash-TV inspired undead shooter Zombie Apocalypse will be hitting Xbox Live Arcade and PlayStation Network next week for 800 MS points/$10.

Based on information Paramount Digital Entertainment to us, we're also pretty sure the side-scrolling beat-em-up The Warriors: Street Brawl will be landing on Xbox Live Arcade next week, with a yet to be determined PS3 release next month. This game will also be 800 MS points/US$10.

Additionally, Xbox Fan Force passed along word that a "Game with Fame" event on Xbox Live is advertising a chance to play against pop-punk band Paramore in Left 4 Dead's upcoming DLC campaign Crash Course. Now, this pack has not received a release date, but it would be weird to sneak an advanced look at the content just to play against a marginally popular rock band. If Crash Course comes out next week, it will be 560 points (US$7).

Having plenty of experience with both arcade games -- the former at E3, and the latter during an in-office demo a week ago, I've got to say both are well worth the money. Neither are rewriting their respective genres, but they do offer great throwback gameplay reminiscent of classic arcade games -- Smash TV for Zombie Apocalypse and Double Dragon for The Warriors. If you have to choose one, though, go with Zombie Apocalypse -- it's got a little more replay value than The Warriors. I will say, however, after experiencing extreme disappointment with the Watchmen and Turtles in Time Xbox Live beat-em-up games, that The Warriors was pleasantly surprising. Be sure to keep an eye on GamePro Arcade next week as they tackle these new titles.