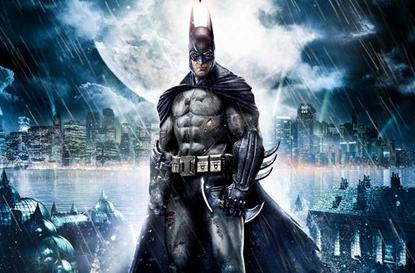 One helping of downloadable Batman: Arkham Asylum content wasn't going to cut it, so how about two? The first, dubbed "Insane Night," we'd already heard about. It ships next week Thursday, September 17th. The second? Rumor is, it's called "Prey in the Darkness" and that it'll ship the week following, also a Thursday, September 24th. If true, happy September, Bat-buffs.

The first pack's entirely free. Don't expect much (it's gratis...technically you're permitted to expect nothing). Challenge rooms? Costumes? New villains? Who knows, but something titled "Insane Night" has to be cool, right? Even if it's just a Bat-mariachi outfit and a couple of Bat-congas that let you Gloria Estefan with the inmates. Actually, I'd pay to see that.

The second pack is even more mysterious. Digital Spy says it might be exclusive to the PlayStation 3, but believe that if and only if Eidos confirms it. Actually, I can't even verify anyone's confirmed the second pack's existence. Joystiq claims Sony Computer Entertainment Europe's Mike Kebby dished about it on the European PlayStation blog earlier, but as you'll see if you check for yourself, all that's listed at the moment is a trailer and a couple of free themes.