Chipsets are still too expensive to build into TVs 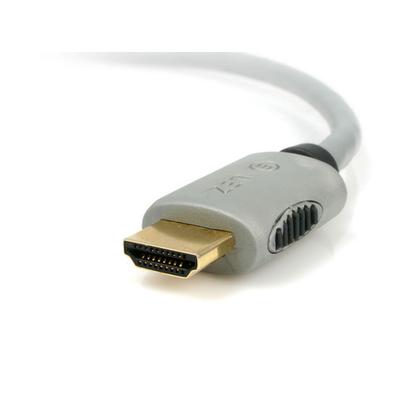 The Wireless HDMI Link hopes to eliminate the HDMI cable as we know it.

Philips has announced a wireless HDMI product that lets consumers connect home electronics products, like a television and a Blu-Ray player, without using any wires, it said on Thursday.

Philips will start shipping the Wireless HDMI Link September in Germany. Details on availability in other parts of the world weren't available.

The product consists of two boxes; the image source (for example, a set top box or a Blu-Ray player) is connected to a transmitter box and the TV or the projector is connected to a smaller receiver box. The Wireless HDMI Link only makes sense if the two products are not located next to each other, but in different parts of the living room.

The distance between the transmitter and receiver can be up to 25 meters, but only if the two are located in the same room, according to Georg Wilde, spokesman at Philips. The product supports resolutions of up to 1080p.

But getting rid of wires in the living room won't be cheap; the Wireless HDMI Link will cost US$850.

Eventually the Wireless HDMI technology will be built into hone electronic products, but currently the chipsets are too expensive to do that, according to Wilde. That's why Philips decided to first come out with a separate product, he said.