Asteroids and another Resident Evil movie in the works 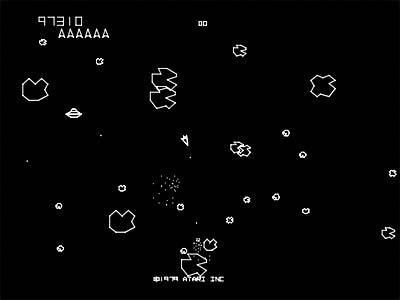 Recently, Hollywood's biggest production companies fought in a brutal bidding war for the privilege to adapt the old-school space-blaster Asteroids into a film. The winner? Universal Studios, according to The Hollywood Reporter. Producers Lorenzo di Bonaventura (G.I. Joe: Rise of the Cobra) and Jeff Kirschenbaum (Wanted, Scott Pilgrim vs. the World) are attached to the product. The script is to be penned by Matthew Lopez, who wrote this year's Race to Witch Mountain starring Dwayne "The Rock" Johnson.

Apparently, Universal isn't stopping with Asteroids in their game-to-movie productions, as such classics as Battleship, Candyland and Monopoly are also in the works.

The Resident Evil movie series will also get one more installment, as director Paul W.S. Anderson (who directed the first film) is busy working on the script, which supposedly will take place in Tokyo and Alaska (Code: Veronica maybe?).

According to ShockTillYouDrop.com, the movie will be titled, Resident Evil: Afterlife and is set for release by September 17, 2010. No word if Milla Jovovich will be reprising her role as Alice.