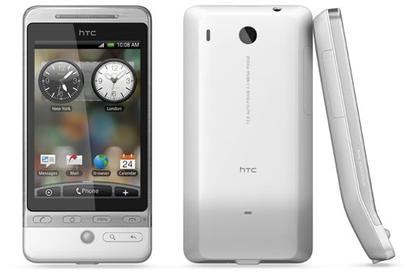 The HTC Hero opens up a whole world of multimedia content with support for Flash 9, intensifying the spotlight on Apple's lack of cooperation with Adobe in bringing Flash to the iPhone.

Things are getting exciting in the mobile phone arena. First we get the beefed-up iPhone 3GS, and now we have a new Android phone. Up until now Android had no killer-app to challenge the iPhone with. The newest HTC phone has Flash 9 capability with Flash 10 coming later this year, giving it a competitive edge.

People can now experience Web content and applications that couldn't run on previous mobile phones. There are a whole slew of Flash games and other media that are suddenly available (Hulu anyone?). Close to 80 percent of all videos online use Adobe Flash. While this content is now available on the Hero, the iPhone can play YouTube videos but no other Flash media.

We don't have Flash on the iPhone right now due to limitations of Apple's iPhone SDK (Software Developers' Kit) and its associated license. In other words, Apple has intentionally suppressed Flash. The reason for this is obvious: Apple wants control of which applications are permitted to run on the iPhone, and more importantly, a cut of the pie. Applications written in Flash would bypass the iPhone App Store.

Now Apple has reason to remove the restrictions that limit Adobe's ability to develop Flash for the iPhone. I'm betting that once the Hero gains some momentum, Apple will make a move. While we're at it, how about Silverlight for both platforms so I can use Netflix streaming (a boy can dream).

Those who were hoping to upgrade their G1's will be out of luck for the time being. This release of Flash is integrated into the HTC Hero's ROM and isn't yet available for other Android devices.

View a demo of Flash on the HTC Hero and the Android operating system here.

Michael Scalisi is an IT manager based in Alameda, California.