Developed exclusively for the PlayStation 3, Agent will be set during the Cold War at the end of the 1970s 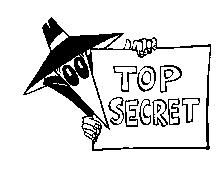 It's new, it's hip, it's very secretive, and no, there's not a lot we can tell you. But we'll do what we can. For starters, there's the most obvious bit: The game is called Agent, and it's Rockstar North's next big title.

Developed exclusively for the PlayStation 3 (hence why info about it was released immediately after Sony's press conference), Agent will be set during the cold war at the end of the 1970s. It's an action game that will entail "counter-intelligence, espionage and political assassinations." Open world? No idea. But after a long day of revelations, Rockstar's managed to go ahead and get us curious all over again.