Hands-on with the HTC Magic: a first look at the second Google Android-based smartphone 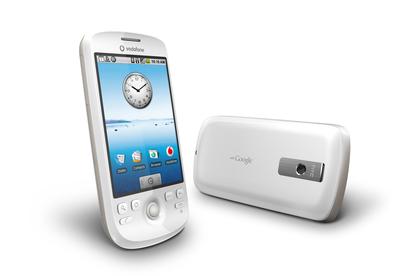 Following the Australian launch of the second Android-based smartphone to be released in Australia, the HTC Magic, we were lucky enough to get our hands on a review unit.

We only had a brief play, but what we can tell you is that this is definitely an improvement over the HTC Dream, which was the first Android handset to be released in Australia back in Feburary.

The biggest improvements centre on the design. The HTC Magic is a far more stylish and sleeker phone than the Dream, which was large and did feel quite clunky. The gloss finish of the Magic looks excellent in both black and white versions, and importantly, the phone is lighter, slimmer and smaller in size than the Dream while still retaining the same 3.2in screen size.

The lack of a physical QWERTY keyboard may be a negative for some, but we can tell you the on-screen keyboard — part of Android's 1.5 "cupcake" software update — is excellent. We were able to type quickly and accurately in both portrait and landscape modes, and from the brief encounter we had, the auto correction and spell check features are very effective. We did notice that the accelerometer does lag a little when rotating the keyboard from portrait to landscape mode though.

Like the Dream, the Magic's touch-screen interface is responsive and the home screen is eye-catching and well designed. We did notice that the Magic seems to have excellent viewing angles, and the screen is bright and clear.

In terms of look and feel of the Android interface, not much has changed, though Google does claim the latest 1.5 software update has "slightly improved performance". The Android graphics remain rather cartoon-like, the home screen is limited to three panels and you can't customise your own widgets. You can however move any icon from the main menu onto the home screen, simply by pressing and dragging it. A great feature of Android is the notification and status bar — in our opinion it's the best notification system we've seen on a mobile phone.

Unfortunately, the Magic doesn’t include a 3.5mm headphone jack and lacks multi-touch, a key feature of the Apple iPhone 3G.

Be sure to check back next week when we publish a comprehensive review of the HTC Magic.