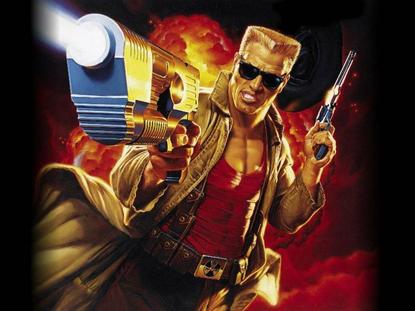 The reason behind 3D Realms' closure isn't entirely clear, but it ultimately came down to funding. With the economy in tatters and investor capital scarce, 3D Realms simply ran out of cash to pay its employees. But why did 3D Realms really close down? Why did the studio and its quixotic co-founders George Broussard and Scott Miller spend 12 years creating endless revisions of a game that now may never be released?

One look at the 3D Realms website offers some compelling arguments. Certain passages -- most written some ten years ago -- take on a darkly ironic context in light of Duke Nukem Forever's epic dev cycle and 3D Realms' recent closure.

Here are some choice quotes from a hiring page on the 3D Realms site (I've bolded phrases that I found ironic or morbidly humorous):

"Apogee and 3D Realms are die hard game players who make games without marketing pressure, corporate management, or arbitrary release dates. We make games we want to play, and we work on them until they are perfected and done. We are hard working, hard playing, highly motivated developers with a mission to succeed at all costs. We hire only the industry's cream-of-the-crop talent -- and if you've got the talent, you can join us.

In summary, here's what you get when you work for Apogee/3D Realms that you probably won't get working at another developer/publisher:

1. A royalty-style bonus that's a percentage of the games you help create, along with ALL related derivative products, including ports.

3. Freedom from arbitrary completion date pressures, which allows the game to be made on its schedule, and not some suit's schedule.

If that's not enough for you, refer to the web page that outlines the studio's development philosophy and quotes 3D Realms co-founder George Broussard (again, I've bolded the ironic parts):

Most game projects are controlled by someone in management who is not a developer, and doesn't hold development priorities above financial and business considerations.

But not at 3D Realms Entertainment.

3D Realms, a division of Apogee Software, Ltd., is owned and managed by developers with a lengthy track record of successes and innovations. "Design is all that matters here," says George Broussard, head of 3D Realms. "We don't even make game budgets. Never have, never will. They're not important to us because we just won't release a game until it's done to our high standards, regardless of the extra money it will cost us."

Continues Broussard: "Look at most publishers and development houses -- is the top guy a developer or a bean counter without any development experience? I've noticed that business and financial types ride the lead wagon at most game companies, which to me explains a lot of this industry's problems with shoddy game releases."

Apogee's head, Scott Miller, agrees, "Game development is not an endeavor that can be finished within arbitrary financial quarters. It requires ongoing research, testing, polishing and even tossing away of work and ideas that don't work after being implemented. Because of game development's inherent unpredictability, we never attach a release date to our games until we're within a few days of launching, and even then we won't hesitate to miss the date if it means improving the gameplay."

Broussard adds: "In the end it all means we're a very developer and development oriented company. I think we're one of the best places a developer would want to work, and the structure we develop games under -- ignoring arbitrary business and financial issues -- is conducive to us making many more hits in the future." Read the full posting.

Our thoughts are with the employees who were affected by the closure of 3D Realms: best wishes for a speedy recovery.