The casual genre is killing hardcore gaming as we know it. We chart the rise of the mass-murderers: the Nintendo Wii and DS. 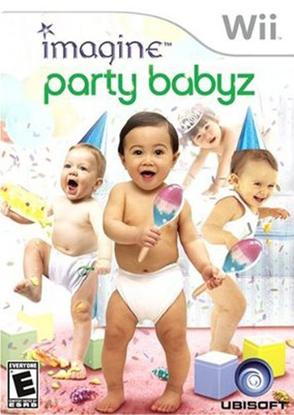 "Nothing lasts forever. Nobody lives forever. Everything comes and goes. We all begin and rise and fade away...What then?"
— Edward Abbey

You never see it coming. One day, you’re happily swanning about in flannel shirts or cargo pants, the next; your favourite trend is yesterday’s fading fad. It happens to everyone sooner or later; from swingin' fondue enthusiasts to chubby Beanie Baby chasers. No matter how popular a hobby might be, it always reaches its use-by date eventually — and hardcore gaming is no exception.

‘Hardcore gaming’ is a phrase that gets bandied about a lot by the press. It has been used to describe everything from friendless videogame addicts to diehard MMO fans (some would argue these are one and the same). In the context of this article, the phrase refers to all types of gaming other than the ‘casual/party’ genre... which just so happens to be the cause of hardcore gaming's demise.

As much as games journalists refuse to admit it, hardcore gaming is definitely on the wane, to be replaced by its simpler, party-prone brother (i.e. the other ‘C’ word.) The rise of the Nintendo Wii and Nintendo DS has irreversibly changed the video game landscape, with Sony and Microsoft clamouring to follow suit. We’re entering a new, casual era that we’ve coined ‘Nu N-Gaming’ — and no amount of kicking or screaming is going to alter its indomitable course.

The resurgence of casual gaming is indelibly tied to the new wave of game peripherals. From chick-friendly sing-alongs to the genre-crossing Guitar Hero, every hit franchise in the casual genre has an extraneous gadget to thank. But Nintendo has decided to take this concept to a whole new level — its Wii and DS consoles have all the hallmarks of a game peripheral, built directly into the hardware. Call it a fad or a gimmick if you will, but this is exactly what the masses want — and they’re gatecrashing the party in their millions.

Nintendo’s “come one, come all” approach to gaming has revolutionised our once-insular industry, with grannies, girlfriends and non-gamers all getting in on the action. The sales figures speak for themselves. According to GFK Australia, nine of the 10 best-selling games in 2008 were Nintendo exclusives. Almost all of these were party/casual games, with the top slot held by Wii Fit.

The same data reveals that the 'family genre' was the biggest mover-and-shaker, with a whopping 157 per cent sales increase over the previous year. The only non-Nintendo title to break into the top 10 was GTA IV — which only managed to place fifth. Given the hysterical press coverage that game’s sales figures received, you’d expect it to be ranked much higher. Such is the clout of the Nu N-Gamer.

And it’s not just Aussies jumping on the casual bandwagon: the same statistics are repeated all over the world, with sales charts dominated by scores of novice-friendly Wii and DS titles. Not only has Nintendo won the console war, it’s successfully committing genocide on its enemies. Is it any wonder that Sony and Microsoft have decided to join the winning side? While they still pay lip-service to the hardcore contingent, both companies are gagging to emulate Nintendo’s runaway success. They want in on the Nintendo gravy train, and hardcore gaming is about to take a backseat as a consequence.

Over the past few months, there have been rumblings from both camps about the need to tap into the mainstream market. In a recent interview with VG247, SCEA hardware marketing boss John Koller admitted that Sony’s future focus would be on casual gaming: “We’re moving on now... to look at softer brands that maybe we had with PS2 franchises. There’s certainly a line-up of very strong family-friendly titles that we’re looking at for PS3 in our continuing effort to appeal to that casual consumer.”

Former Xbox boss David Moore has also weighed in on the subject, revealing Microsoft's plans to replicate (sorry, “improve upon”) the Wii formula: “I think they're doing that [introducing motion control] and I think Sony are probably the same.” (Gametrailers.com). It would seem that all the major players are moving towards family-friendly properties, which continue to sell like proverbial hotcakes. So where does this leave the hardcore gamer?

There has already been talk of 2009 being a quiet year for hardcore gaming. With the exception of Final Fantasy XIII and the usual brigade of samey sequels, there are few Triple A titles on the immediate horizon. By contrast, the casual genre is packed-to-the-gills with hotly anticipated games, including The Beatles: Rock Band, Wii NintenDogs, Punch Out!!, Wii Sports Resort and The Sims 3 — not to mention a raft of new games for the Apple iPhone, which is swiftly becoming the new king of casual gaming.

And then there are the other signs, like Microsoft’s rumoured plans to retire its flagship enthusiast console; the Xbox 360 Elite. Tellingly, the same console currently comes bundled with Indiana Jones Lego and Kung Fu Panda — which are about as anti-hardcore as you can get. It’s almost as if Microsoft is ashamed of the Elite's premier status.

If you're still not convinced that hardcore gaming is on the wane, take a look at the woeful sales performance of Nintendo's non-casual offerings. The blood-soaked hack 'em up MadWorld failed to make much of a dent in gamers’ wallets, despite receiving considerable critical acclaim. Even Rock Star’s hotly anticipated Grand Theft Auto: Chinatown Wars didn’t set the world alight. In its first month on sale, it only sold 89,000 copies. (By comparison, the first Nintendogs game sold nearly three times that number in its first week on sale alone).

We now live in a world where Wii frickin’ Sports is the best-selling game of all time. By the end of the next console generation, the kind of games we enjoy and play today may well have gone the way of the Nintendo PowerGlove. Hardcore games will still exist of course, but they will be something of a niche market, much like the PC gaming scene of today. Mark our words, the PS4 and XBox 720 will have full-blown motion control schemes — and hardcore gaming can only suffer as a result. Ladies and gentlemen, it appears that the ‘game’ is up. It's time to welcome our Nu N-Gamer overlords.