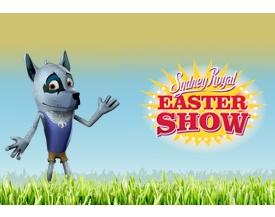 Bluey, the 2009 Royal Easter Show mascot has a Wordpress blog

Each year thousands of people from country NSW descend on Sydney for the Royal Easter Show, but this year millions of people around the world can experience the show online via social media portals like Facebook, YouTube and MySpace in its biggest Web 2.0 technology push ever.

RAS spokesperson Stephen Lally said 2009 is the first year social networks are being used to promote the show, which seems to be having immediate results with its Facebook page already boasting more than 4500 members before the show has even started.

“We have used a Facebook group to market the Easter Show, but also to try and build a sense of community around the Show, and generate a buzz,” Lally said.

“Hopefully using Facebook [will] allow us to reach an audience we may not otherwise reach. We try to encourage engagement, and get people involved by running competitions and starting discussions.”

RAS staff also make an effort to reply to all questions posted on Facebook so its acts more like a service, than just a promotion.

“It's also a great way to do customer research,” Lally said. “We learn what people love about the show and get instant feedback on what they think about what we do.”

“There's a MySpace page for the Xtreme Rider club [and] in the future we may use Twitter, but decided not to this year,” Lally said.

Not to be left out, “Bluey” the show's cattle dog mascot has a blog hosted at Wordpress.com.

Lally said the blog is going well, and by using Bluey the RAS hopes to get children involved in the show.

“They don't use social networks, but might chat to Bluey on his blog,” he said.

Other technology developments for this year's show include new “print at home” tickets which allow people to purchase entry tickets on the official Web site and print them on their printer, and a new mobile version of the Web site.

The 2009 Sydney Royal Easter Show runs from April 9 to 22 at Sydney Olympic Park.