HP releases new laptop amid signs consumers are ready to resume spending on computers, but not everyone expects a recovery. 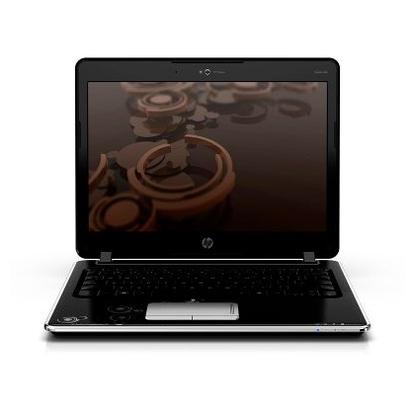 Hewlett-Packard rolled out its Pavilion dv2 laptop in Singapore on Thursday, with company executives noting signs that some consumers are ready to resume spending on computers.

The company hopes its latest laptop will help draw these consumers out. Based on a 1.5GHz Athlon Neo processor from Advanced Micro Devices, the sleek dv2 has a 12.1-inch screen that's slightly larger than the small netbooks that have recently proved so popular with consumers.

Yet, the laptop's relatively small size means that it's still easy to carry around.

Priced at S$1,299 (US$861) with an external DVD-ROM drive, the dv2 costs roughly the same as a high-end netbook like the Sony Vaio P, but it's got a lot more processing power thanks to a chipset with more powerful graphics than anything currently available in systems that use Intel's Atom.

An ATI discrete graphics chip with even better graphics capabilities is also available as an option.

HP is hoping that consumers in Singapore and elsewhere who have held off on buying new computers recently will respond to the combination of the dv2's price and its features, which are closer to that of a mainstream laptop than a stripped-down netbook.

"We could have launched this product at a higher price and gotten the brand position that we desire, but it would never have been able to trigger the market and demand that we want," said Chin Hon Cheng, vice president of HP's Personal Systems Group for Asia-Pacific and Japan.

How well the dv2 sells remains to be seen, but HP executives like Chin are optimistic that the worst of a slowdown in PC demand may be over, citing strong sales at this month's IT Show, an annual IT exhibition and sale held in Singapore.

The IT Show offers Singaporean consumers a chance to pick up computers and other gear, often at discounted prices. Sales at this year's show topped HP's expectations, offering hope that the market may stabilize and consumers who have held off on buying new computers in recent months may once again be ready to spend.

"There are people who want to buy and they are waiting to buy," Chin said, adding HP saw strong demand for laptops and desktops at the show. "I think it's going to stabilize."

Despite strong consumer demand for computers at the IT Show, a recovery in overall PC market may not yet be in sight. "It's a reason to be happy, but it doesn't mean the clouds have cleared," said Bryan Ma, director of personal systems research at IDC Asia-Pacific.

High sales at the IT Show may ultimately come at the expense of other retail channels and might not indicate an overall increase in sales, but there are some signs of rising demand in the market, Ma said.

"We are seeing some indication there is a bit of a respite on the consumer side and maybe a glimmer of hope," he said.

But these hints of stronger consumer demand may not signal a recovery.

"Even if there is an increase on the consumer side, it might not be enough to offset the slow momentum overall," Ma said, noting that corporate demand for PCs remains sluggish.