Under pressure from popular phones from Apple and RIM, Microsoft hopes it has put in place changes that will help it meet that mobile competition faster, 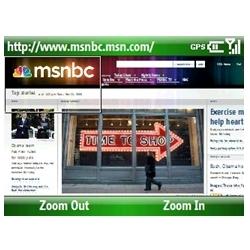 Under pressure from popular phones from Apple and Research In Motion, Microsoft hopes it has put in place changes that will help it meet that mobile competition faster, said CEO Steve Ballmer on Wednesday.

"There are opportunities for us to accelerate our execution in this area," he said. "We've done a lot of work to make sure we have a team that will be able to accelerate it."

Microsoft, which recently said that a Windows Mobile software update will come later this year, has been criticized for failing to improve its platform to better compete with the iPhone and other new touch screen phones.

Ballmer responded to a wide range of questions during the CIO Summit Wednesday, an annual event hosted by Microsoft for government and education sector IT workers. His comments about Windows Mobile were in response to questions from an IT administrator from NASA who challenged Ballmer to offer advice on how to deal with workers who bring consumer devices like the Android G1 and the iPhone into the work place.

One of the challenges Microsoft faces is that Windows Mobile supports various kinds of form factors, Ballmer said. "In general, I'll make the argument that having diversity of form factor serves the broadest set of the population," he said. "The question is how simple can we make it to write an application that runs in multiple modalities."

Microsoft is working with the mobile industry to define classes of form factors that might make it easier for Windows Mobile to run with the highest level of capabilities across a variety of form factors, he said.

Ballmer also said the company is working harder on simplifying its software licensing terms across the board, after one attendee said he had to hire a consultant to navigate the options. The question made Ballmer flinch. But he said it's hard. "Here's the catch 22. A lot of what it would mean to simplify things always looks to us like removing options. For every option we remove I know we'd upset some customers for whom that was the perfect option," he said.

Ballmer also reiterated comments he's made recently that despite economic pressure, Microsoft plans to continue its same level of research and development investment. The rest of the IT industry probably will as well, he said. And while venture capital might shrink overall, that only means that perhaps fewer competitors creating a certain type of technology will get funding, but the technology will still make it to market, he predicted.

He also offered high hopes for Windows 7, the next version of the operating system. The software has already passed one critical milestone: Ballmer's 14 year old son downloaded it to a home computer that his mother doesn't like to be fussed with "and she hasn't complained," Ballmer said. His son also loaded it onto his school computer, even though his school--which happens to be the same one Microsoft founder Bill Gates attended--isn't supporting it yet.

"14 year olds are pretty crucial so we've gotten past that test," Ballmer said.