Studio releases '8-bit' Flash beat 'em up to coincide with the release of the Watchmen movie. 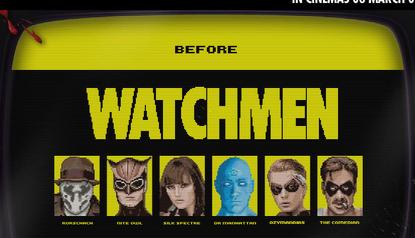 Warner Bros. Pictures has released a virtual arcade machine to coincide with the release of the Watchmen movie, its highly anticipated adaptation of Alan Moore's graphic novel. In a clever marketing twist, the game mimics old video game technology from the mid-1980s — the time when most of the movie takes place. Created by 'Veidt Enterprises' (an organisation that features heavily in the film and book), the game is a traditional 2-D beat 'em up that follows the crime-fighting exploits of the Minute Men superhero team.

Similar in style to the arcade classic Double Dragon, the free Flash game allows you to play as either Night Owl or Silk Specter. To get your fix of the game, visit the official Web site.

Watchmen the movie is set to hit theatres worldwide on 6 March. Along with the free Flash game, a proper video game tie-in for Xbox 360 and PlayStation 3 is also in the works.