Fedora 10 out, packed with improvements

The latest edition of the Fedora operating system is available and full of tweaks and improvements. 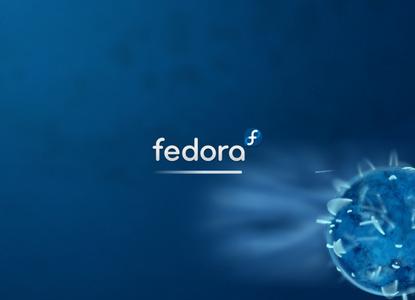 The Red Hat-sponsored Fedora Project on Tuesday released Fedora 10, the latest version of the free Linux-based operating system, with a wide range of improvements in areas such as virtualization management, networking, boot time and security.

The release also bundles in OpenOffice 3.0, the most recent edition of the open-source productivity suite.

The new virtualization features include the ability to manage virtual hosts and storage remotely, which should appeal to network administrators with fragmented teams. "These features combine to make administration of remote hosts much easier, even in cases where direct physical access is limited or non-existent," the Fedora Team said in a recent blog post on Red Hat's Web site.

Users can now also share their Internet connection with others, and Fedora 10 can also start up faster, thanks to a new graphical boot system dubbed Plymouth.

Security improvements include the addition of SecTool, an auditing and detection kit.

Red Hat has also enhanced PackageKit, a software installation and updating system that debuted in Fedora 9.

"In Fedora 10, PackageKit now detects when the user opens an audio or video media file, and offers to search for codecs used to play that file," the Fedora Team said in a blog post. "With the user's authorization, it searches all the software repositories configured on the Fedora 10 system, installs what is needed, and the media begins to play." Down the road, this capability will be extended to areas like fonts and applications.

In addition, Fedora 10 has a revamped audio system that uses less power; support for "a vast array" of Webcams; improved printing capabilities; and "support for more hardware than any other operating system."