How 10 Famous Technology Products Got Their Names

From iPod and BlackBerry to Twitter and Wikipedia, we take a look at the processes and people who came up with the names for these iconic tech products. 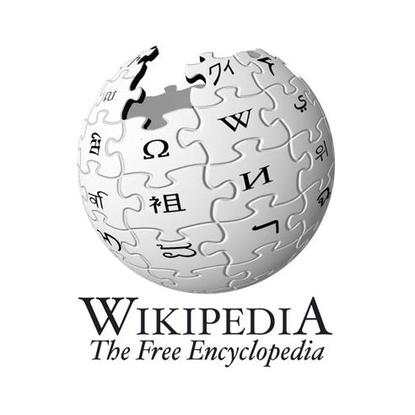 Coming up with a great technology product or service is only half the battle these days. Creating a name for said product that is at once cool but not too cool or exclusionary, marketable to both early adopters and a broader audience, and, of course, isn't already in use and protected by various trademarks and copyright laws is difficult--to say the least.

During Apple's MP3 player development, Steve Jobs spoke of Apple's strategy: the Mac as a hub to other gadgets. Vinnie Chieco, a freelance copywriter Apple hired to help name the gadget before its debut in 2001, fixed on that idea, according to Wired. He brainstormed hubs of all kinds, eventually coming to the concept of a spaceship. You could leave it, but you'd have to return to refuel. The stark plastic front of the prototype inspired the final connection: pod, a la 2001. Add an "i" and the connection to the iMac was complete.

Canada's Research in Motion called on Lexicon Branding to help name its new wireless e-mail device in 2001. The consultancy pushed RIM founders away from the word "e-mail," which research shows can raise blood pressure. Instead, they looked for a name that would evoke joy and somehow give feelings of peace. After someone made the connection that the small buttons on the device resembled a bunch of seeds, Lexicon's team explored names like strawberry, melon and various vegetables before settling on blackberry--a word both pleasing and which evoked the black color of the device.

Choosing a name that evokes a product's essence and is available can be quite complicated, as the Mozilla folks found out. The early version of Mozilla's browser was called Firebird, but due to another open-source project with the same name, the Mozilla elders renamed their browser Firefox, which is another name for red panda. Why? "It's easy to remember. It sounds good. It's unique. We like it," they said. Best of all? Nobody else was using it.

Twitter: Connecting the Digital Flock 140 Characters at a Time

When cofounder Biz Stone saw the application that Jack Dorsey created in 2006 he was reminded of the way birds communicate: "Short bursts of information...Everyone is chirping, having a good time." In response, Stone came up with "twttr," and the group eventually added some vowels. It's hard to think of a more evocative name in the tech world than twitter, but what began as what Stone described as "trivial" bursts of communication developed into a powerful means of networking, breaking news, and forum for the 44th US president's campaign.

Windows 7: Counting on the Power of 7

While Microsoft's next OS is kind of a "Ho-hum" name, one has only to look at what happened with the most recent Windows release to understand why Microsoft might have gone back to a tried-and-true naming philosophy: Vista? Ouch. Windows 95 and XP? Those have done much better. Microsoft's Mike Nash announced the name this way: "Simply put, this is the seventh release of Windows, so therefore 'Windows 7' just makes sense." We're betting that Microsoft execs are hoping that number 7 will deliver on its promise of luck--they could sure use a win after Vista.

The venerable line of PC notebooks rolled onto the scene in 1992. While the concept was spot on, there was turmoil at IBM as to what to call it. IBM's pen-computing group wanted to keep it simple; they liked ThinkPad. But IBM's corporate naming committee didn't--it didn't have a number, and every IBM product had to have a number, and how would ThinkPad translate into other languages? Due to the chutzpah of the IBMer who unveiled it, ThinkPad won out, and it was a huge hit for IBM, which eventually sold it to Lenovo in 2005.

Android: Secretive, But Still Not Exciting

You'd think the story behind the naming of the Open Handset Alliance's new open-source platform for mobile devices, which includes the brand-new G1 loaded with Google's goodies, would be cool. But, uh, not so much. Back in 2005, Google quietly acquired a mysterious startup named Android Inc., which had been operating under "a cloak of secrecy" on "making software for mobile phones," reported Businessweek. The result of all Google's secrecy and Internet hype was the debut of T-Mobile's G1 on October 22, 2008.

According to Wikipedia, the name Wikipedia is a portmanteau of wiki (a technology for creating collaborative websites) and encyclopedia (you remember, those large books that, as kids, we ruthlessly plagiarized for school book reports). FYI: a portmanteau is a fancy way of saying that we're going to take two words, jam them together and (hopefully) create a new concept that people will love. So far, so good. In an illustration of the axiom "the more things change the more they stay the same": Today, kids and adults now ruthlessly plagiarize Wikipedia instead of encyclopedias.

Apple's popular Mac operating system X actually denotes the Roman numeral 10, since it is the OS's tenth release, following Mac OS 9. To the ire of Apple fanboys, many people do refer to it as letter 'X.' More interesting have been the "big cat" code names assigned to each succeeding X release that have stuck with Apple's marketing: Cheetah (10.0), Puma, Jaguar, Panther, Tiger and current kitty Leopard. Snow Leopard has been assigned for the 10.6 release, with rumors that Lynx and Cougar are in the works.

Cofounder Bob Young has given multidimensional origins of the red fedora name: