"Maddie, where are you?" 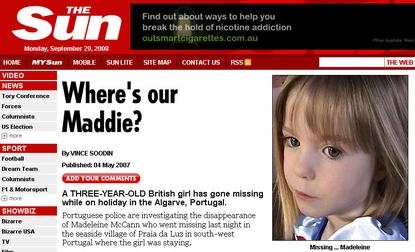 In an unfortunate cross-cultural coincidence, Halo developer Bungie has inadvertently drawn parallels to a famous child abduction case to promote its new Halo 3 expansion pack. In a new teaser trailer, which depicts a war-torn city landscape, various messages flash up on the screen, including one that asks "Maddie, where are you?"

For many people, particularly living in Britain, this seemingly innocuous phrase will bring back memories of the disappearance of Madeleine McCann, a three-year old British girl who was allegedly abducted from a Portuguese resort while on holiday with her parents. At the time of the abduction, the slogan "Find Maddie" and "Where's Maddie?" featured prominently in British newspapers and international publicity campaigns around the world.

Bungie has denied any intent to create publicity by exploiting the McCann disappearance, with a representative claiming "This is both an unfortunate and unintended coincidence" on the official Halo forum.

The case is somewhat similar to an incident several years ago, in which the developers of the PC game Law and Order: Double or Nothing unwittingly included a CCTV still of the murdered British toddler James Bulger in their game.