The wild, wacky world of webcams grows up -- kinda 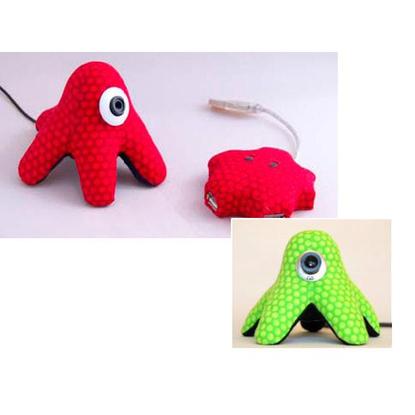 A decade ago, it was a clever novelty: a webcam pointed at an office water cooler. The first one is still online, at www.coolercam.com, broadcasting a fresh picture every 10 seconds.

But in the succeeding decade, webcams have grown from a techie novelty to a way of life for some people -- some of whom have evidently overdosed on them.

As for the cooler camera, "Way back then, it got a lot of hits, but the counter has not gone up hugely in the last couple of years," said Ryan Wilson, manager at Interactive Market Systems, the water cooler's home. Located in the US, the firm provides statistical analysis for marketers. "There used to be a Web ring of cooler cams, but that has all gone away," he said.

Fredrik Nilsson, North American manager at Swedish webcam vendor Axis Communications, isn't surprised. "It was fun to make a live image of a water cooler in 1996, but it is not very impressive today -- you need a real application," he said.

Nilsson noted that there are actually two kinds of digital cameras used to put video or stop-motion pictures on the Web. Consumer-grade cameras that attach to a computer via a USB port are typically referred to as webcams. Cameras with integrated intelligence that can attach directly to the Internet are called network cameras.

Webcams can sell for as little as US$20, while network cameras can be had for less than US$200. Most (like the cooler cam) are used to make snapshots every few seconds rather than full-motion video.

Quality has improved steadily since the devices appeared in 1996, Nilsson noted. Most webcams can generate 30 frames per second when there's available bandwidth. Average resolutions are between VGA (about 300,000 pixels) and 2 megapixels.

"As recently as three years ago, you never saw anything higher than VGA," he noted. "As for color quality, I would say that the cameras have been close to true color for the last two years now." Light sensitivity is good enough that it hardly matters in most settings, and night vision is available for about $500, he added.

The construction contractors want cameras to document the progress of the construction of a particular building, with the images accessible via the Internet to all the stakeholders of that building, Curry said. Transportation officials like them for traffic management, security and to document daily operations. Tourism officials, of course, want to broadcast scenery, Curry said.

Among IT departments, the main use appears to be server room surveillance. The camera usually has a fixed view across the top of the server racks, but sometimes there is a pan, tilt and zoom control. (In that case, the camera is typically getting input from multiple people across the Web, triggering apparently random motion -- but that may actually enhance security.) Since there is usually nothing in view that an intruder could slip into his or her pocket, the cameras are apparently there to show that the rooms are not currently on fire.

In the consumer webcam market, Logitech International SA is the apparent market leader, claiming to have sold about 40 million units worldwide. Most are used for person-to-person video communications rather than to broadcast pictures or video over the Web, said Andrew Heymann, director of product marketing at Logitech.

In fact, the dominant usage trend is that older users have migrated from video chatting to full video calling, said Heymann. Video with text chatting was the norm five years ago, and the webcam mostly let the user see, in a small window, whoever he or she was text-chatting with. The user multitasked video with typing, he explained.

"Now they do full-screen video calling, with no typing, although video chatting remains popular with younger users," Heymann said. With a high-end webcam (costing about US$100) and a dual-core PC with Skype telecommunications software at both ends of a broadband connection, it's possible to have full-screen 30-frames-per-second video calling, he said. Services other than Skype produce lower resolution, he added.

In terms of hardware, the major trend in consumer webcams is that nearly all consumer laptops reaching the market today have a built-in webcam, said Stephen Baker, an analyst at The NPD Group, a market research firm. "Putting them in the small space available at the top of the display solves the problem of how to get the user on camera," he said. Webcams are also showing up in business laptops, but in the absence of a video "killer app," the complications involved with using them on corporate networks will slow their adoption, Baker indicated.

Inside or outside the office, the webcam trend that gets the most attention has always been lifecasting, where the user puts cameras in his or her living and work spaces to document whatever happens there, mundane or otherwise. The best-known pioneer was JenniCam.com, started by a co-ed who began broadcasting in April 1996. She gained enough notoriety to be a guest on a number of TV talk shows, but she unplugged the system at the end of 2003 and now appears to have an unlisted phone number.

Since then, the proliferation of wireless connectivity has allowed lifecasters to bring cameras with them and record all their activities, 24 hours per day. The best-known pioneer was probably Justin Kan, who began broadcasting his life via a hat-mounted webcam in March 2007, again gaining enough notoriety to end up on TV talk shows. He stopped broadcasting on October 3, 2007, but opened his site to anyone else who wanted to lifecast.

The site is now a venture-backed start-up hosting a number of niche channels, including other lifecasters, explained its CEO, Michael Seibel. Many of the lifecast channels include live video with a chat screen. Often, the video screen shows the top of the broadcaster's head, as he or she leans over the keyboard to respond to text messages.

Why lifecast? "Part of it is narcissism, proclaiming that I am interesting enough that you should watch me," said network engineer Dennis Judd, explaining why he has had a webcam in his office for eight years now. "But my site is a way for me to socialize in a way that I don't have time or energy to support otherwise -- I can't be a friend to all the people who are coming to my site from all over the world. One reason for having a webcam is to keep the content fresh and dynamic, so there will be something new to look at." He originally had the webcam at his AT&T office until it was suggested he lacked permission. It's now in his home office.

Other lifecasting office workers in the computer field describe the same arc experienced by CoolerCam and JenniCam, moving from novelty to notoriety to obscurity. For instance, the star of "The Nerdman Show" has had as many as 15 cameras following his life since 1997. These used to include cameras in his home. Nowadays, he asked that his name not be used.

"It was originally done as a marketing concept, and I didn't want to be the subject, but no one else wanted to do it," he said, explaining that his company sells outdoor network cameras. "It was easier when Google ads entered the picture and brought in some money, which went into my pocket because it's my site. But then I got married and had two children, and it was hard to explain to them why they should not run around certain areas in their underwear." He's now down to one camera, in his office.

For the jack-n-diane.com site of e-commerce executive John R. Harding, "It's morphed from a way for the family to look at our kids, to a method of home surveillance -- it's had a full lifespan." Now, it's mostly pointed at his front yard, he noted.

"The novelty among viewers has worn off on both sides of the ocean, but we still get comments from people who live in areas where there is no snow, since they're surprised to see it here," said Harding. "Sometimes I worry about security, but if someone wanted to find me, there are multiple days to do it, and the webcam adds little to that," he noted.

Meanwhile, CoolerCam.com has had more than 1.3 million visitors since February 1997. "It's a novelty item," Ryan said. "We tell our customers about it, and they want to check it out and have us stand in front of it. It helps build rapport. There's no reason to take it down. The camera just sits there without any need for maintenance. We were the first cooler cam, and we may be the last."

Disregarding adult sites, publicly accessible webcams and network cameras seem to fall into five major genres. Here are some random examples. (Note that cameras are intermittently offline, and to view them, you are sometimes asked to download software such as Java, Windows Media Player and Flash.)

These include mountain ranges, fishing piers, city centers, the North Pole, the South Pole and oddities, including a street bench in Poland.

These cameras document the progress of building projects.