Obama touts desire to keep tech jobs in the US

Though he points to offshore outsourcing, his plan needs specifics 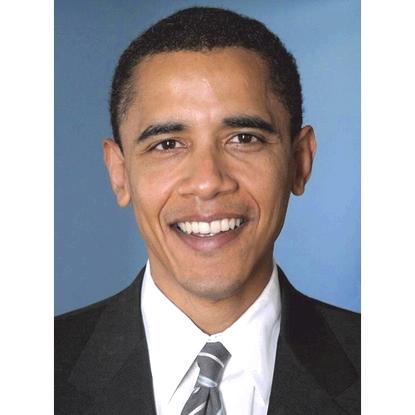 US presidential candidate Senator Barack Obama attacked offshore outsourcing in his acceptance of the Democratic presidential nomination Thursday night, drawing a bead on a practice that has displaced nearly one in 10 IT workers, according to a new study.

Economists and legal advisors contacted about those comments said they are unaware of any specific tax breaks aimed at offshoring tech jobs. Instead, they said, Obama may be targeting broader tax deferment strategies, such as the ability of multinational firms to avoid taxes on profits by moving money overseas.

Joe Greco, director of California State University-Fullerton's Center for the Study of Emerging Markets, discounted the impact of tax code changes on the broader offshore trend. "Any plans for a tax code change are like trying to plug a hole in a leaky dam with your finger -- to believe the US government tax code promotes outsourcing is a major misconception of the fiery debate around outsourcing offshore," he said.

But Obama could have more success fighting the shift of jobs overseas through the second half of his point --- by creating incentives for companies to add jobs in the US, said Greco. "If you want to be a magnet, you can be a magnet," he said.

Indeed, Jim Harvey, the partner and co-chair of the global technology and outsourcing practice group at Hunton & Williams in New York, said state and local governments can be very active in creating incentives to retain jobs, including tying a particular number of jobs to the size of a tax break. Such incentives, he said, can make a difference for some clients. "Incentives to keep jobs on shore, targeted at the IT industry, would make a lot of sense," Harvey said.

But tax breaks to keep jobs in the US don't always work. The Nielsen Company, recently gave up local tax breaks it received in Florida after it hired an India-based firm.

If Obama plans to keep giving attention to offshore outsourcing, he is hitting an issue that is having a major effect on tech workers. In what may be the largest study of its kind, involving 10,000 workers and human resources professionals across a range of occupations, researchers at the New York University Stern School of Business and Wharton School of the University of Pennsylvania found that 8 percent of IT workers in the US have been displaced. The study was released last week.

As high as that figure is -- 240,000 out of some three million tech workers -- Ron Hira, an assistant professor of public policy at the Rochester Institute of Technology and author of Outsourcing America, said it still understates the impact of offshoring on IT workers.

"First, there are many cases when a worker or even employer doesn't realize that they lost a job or a project to an offshore outsourcing firm," said Hira. "Second, it (the study) doesn't count the number of jobs that are created offshore in lieu of being created here. Before offshore outsourcing, those job opportunities would have been here."

Among other issues Hira raised is the effect of offshoring on wage suppression in the US, as well as the impact of H-1B and L-1 visas.

Advocates of offshore outsourcing, which include the titans of the tech industry, have argued that it creates jobs at US firms. That argument is typically raised as a lobbying point in getting US Congress to raise the H-1B cap, now set at 85,000. That total includes 20,000 for foreigners who have earned advanced degrees at US institutions.

Obama has supported raising the H-1B cap, as has Senator John McCain, the presumptive Republican presidential nominee. Opponents of the H-1B visa program cite its heavy use by offshore firms in arguing that it facilitates the offshoring of US jobs.

Firms in India, in particular, aren't just competing on low cost but on the increasing quality of their services, said Stephanie Moore, an analyst at Forrester Research. The cost of doing work in India is increasing, but users are gaining through the better efficiencies these firms offer, which can deliver savings in their own right.

Virendra Singh, a senior economist at Moody's Economy.com, said the cost savings overseas is too great. "In case of labor-intensive industries like programming, help desks, call centers..., the labor cost differential between the US and countries like China, India, Philippines and other developing countries is too large to make any difference."

Singh also said the computer and systems programming "visa regime in the US is too restrictive -- so companies will go wherever talent is available."