HTC next month will release the Windows Mobile-based S740, which drops support for touch in favor of a classic 12-key numberpad and slide-out QWERTY keyboard 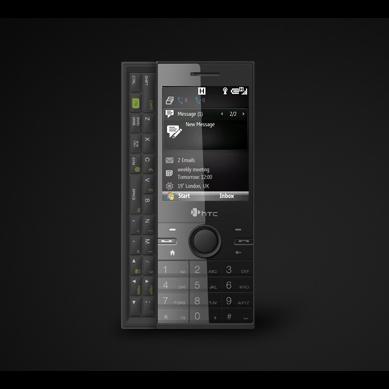 HTC is launching the Windows Mobile-based S740, which drops support for touch in favor of a classic 12-key numberpad and a slide-out QWERTY keyboard, it announced on Tuesday.

Even though HTC has launched a number of touch-screen phones as of late, one size doesn't fit all, according to the company.

The S740 has inherited a lot of its design from the Touch Diamond, including a shiny, black front. The newcomer has a 3.2-megapixel camera with fixed focus, support for A-GPS (Assisted Global Positioning System), a 2.4-inch screen and a number of different e-mail options, including POP3, (Post Office Protocol) IMAP (Internet Message Access Protocol) and Exchange push e-mail. It also a radio and built-in support for Google Maps.

The operating system is Windows Mobile 6.1 Standard, and data is stored on microSD cards.

Users can surf using HSDPA (High-Speed Downlink Packet Access) at up to 7.2M bps (bits per second). HSDPA is supported by 40 carriers, according to the GSM Association. Users can also access the Internet using a Wi-Fi connection.