After months of sky-high price leaks and hand-wringing by the tech press over how much more expensive the new chip would be, Intel's 12th-gen Alder Lake CPUs are here and the the prices are surprisingly friendly.

The pricing of Intel's 12th-gen parts doesn't matter without the performance, of course. And while we don't have independent reviews of Intel's lineup yet, aggressive statements by Intel CEO Pat Gelsinger that AMD's time in the sun is over, appear to be backed up by the performance claims released by the company today. 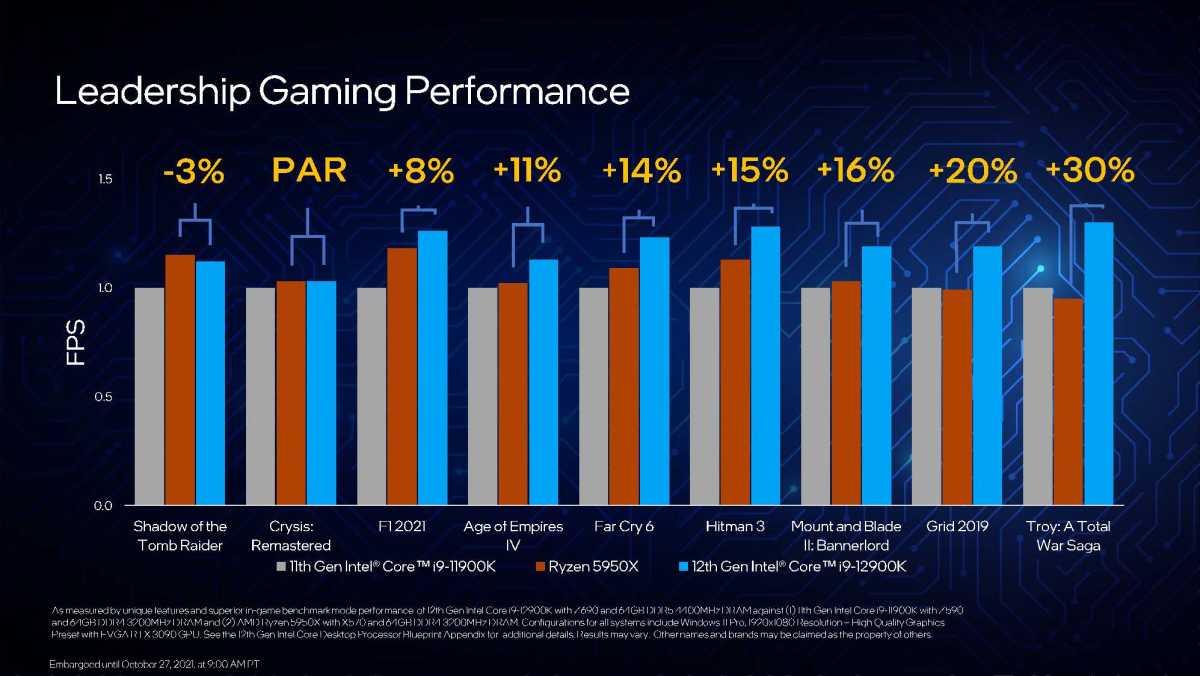 The company appears to have no problem thumping its chest by claiming the Core i9-12900K is the best gaming CPU. And although details of how it compares to AMD's Ryzen 9 5950X in content-creation tasks have not been released, the 12th-gen offers a big leap over the poorly received 11th-gen Core i9-11900K, with Intel claiming everything from a 32 percent to 100 percent increase in those tasks. How that falls in line with Ryzen 9 isn't yet clear to us, but when you consider the new 12th-gen Core i9-12900K is priced at US$589 versus the 11th-gen Core i9-11900K at US$549, that sounds like a deal to us.

The big question, however, is how it does against AMD's 16-core Ryzen 9 5950X, which has a list price of $749. If it is significantly slower in content creation then maybe Intel's new chip is priced right. If it's as fast—or even faster—than we can probably all agree the pricing is truly aggressive AF. 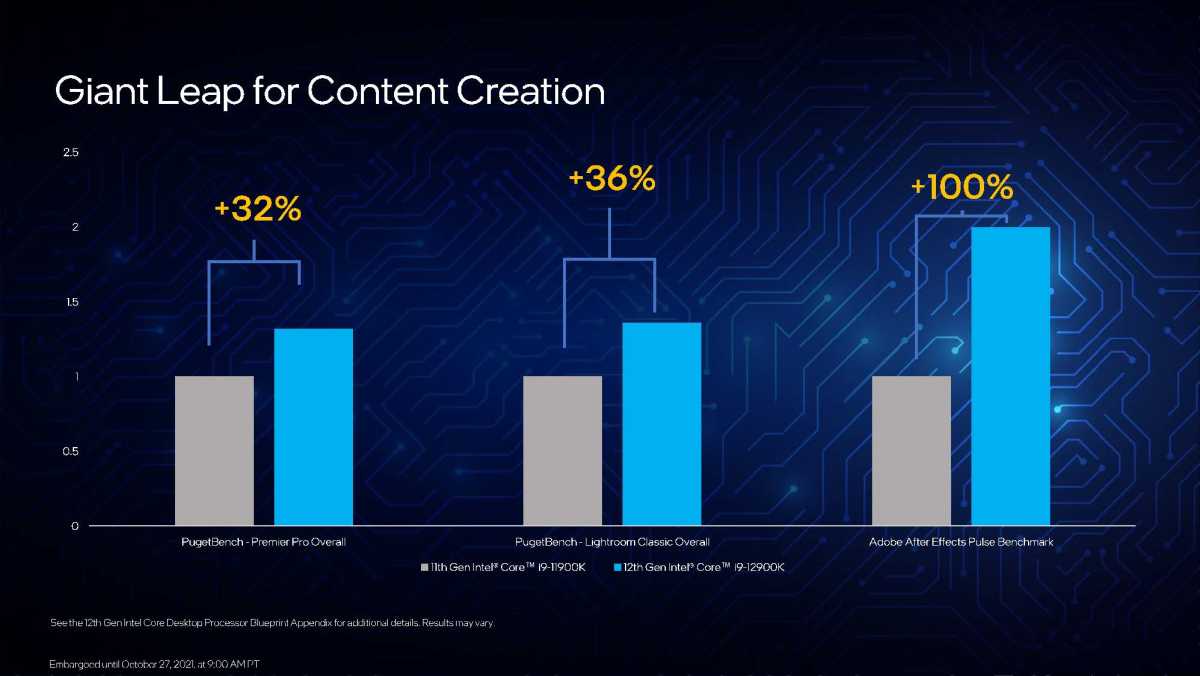