Hey Razer enthusiasts: You'll finally be able to build an (almost) all-Razer PC now that the company is making its own all-in-one liquid coolers, power supplies, and fans.

The Razer Hanbo Chroma all-in-one liquid cooler will feature higher airflow and better cooling than its competitors, Razer claims, offering up to 70 percent more static pressure and a 26 percent higher cubic feet per minute (CFM) rating. The higher specs don't necessarily mean louder either. Because of its better efficiency, Razer officials said the fans can be 21 percent quieter than the competition. The Hanbo Chroma was designed in conjunction with Asetek and of course features addressable RGB rings on the fans, as well as the combo pump and water block. The Hanbo Chroma will come in both dual-fan 240mm and triple-fan 360mm variations.

For those who get bothered if the company logo doesn't line up perfectly on the cooler, Razer said the plate on the water block attaches with magnets so you can adjust it to your hearts content. 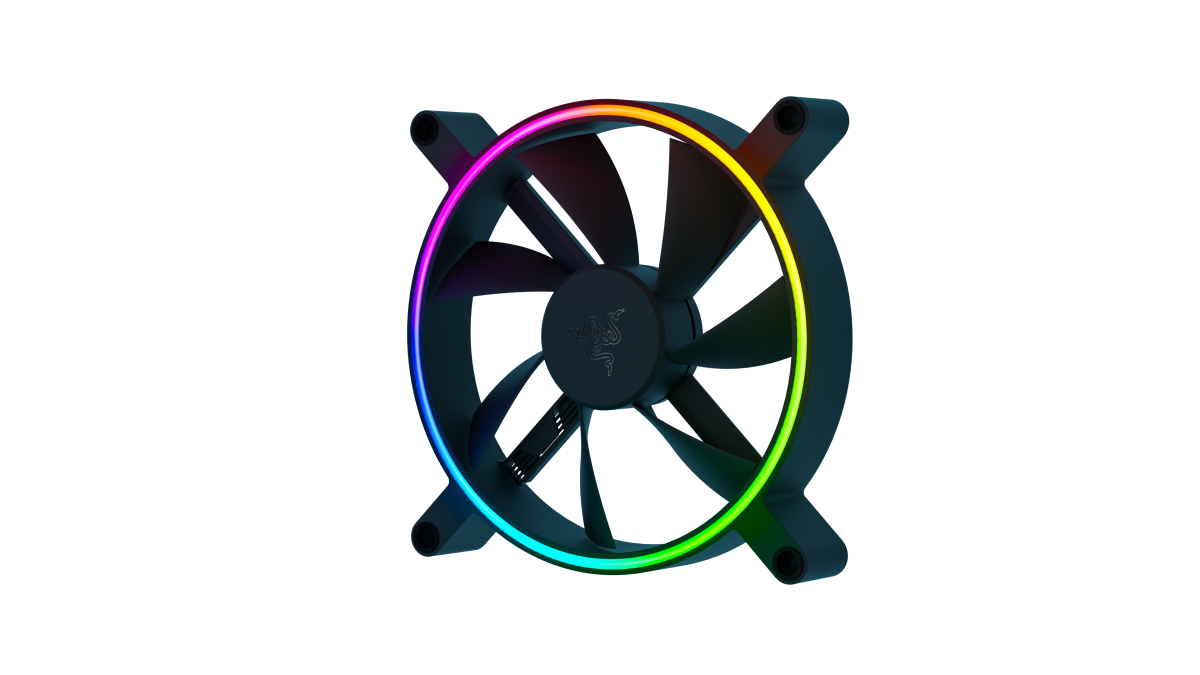 Since addressable RGB is way more convenient when everything matches, Razer is also introducing the Kunai Chroma fans. The fans feature RGB hub-rings on not just one but both sides so people who have to mount the fans in a pull configuration still get the heavenly glory of RGB. You can control its fan speeds using Razer's new PC fan controller, which has eight channels and mounts to your case magnetically.

The last component Razer revealed is a pair of power supplies under the Katana Chroma flag. The top tier unit is an 80 Plus Platinum-rated 1,600-watt Katana Chroma, with a 750W Platinum-rated model also on offer. Both are fully modular and feature an addressable RGB ring mounted in the PSU's intake. 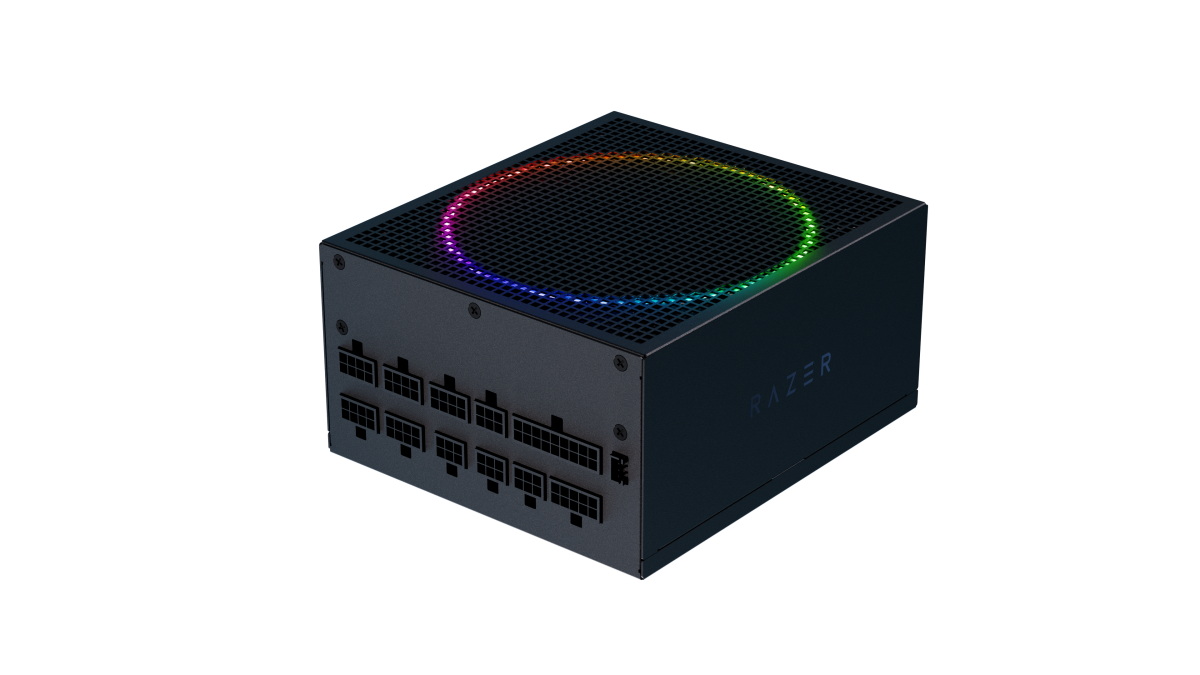 Why even bother to make a 1,600 watt PSU when most gamers will never approach that much power consumption? Razer officials said it's mostly to have a halo product, but they also point to the trend of skyrocketing power consumption for high-end components in recent years. The power supplies will also feature intelligent monitoring for people who like to see how much juice their GeForce RTX 3090 and 12th-gen Intel or Ryzen 5000 chip is sucking down.

Unfortunately, if you want a Razer PSU, you'll have to wait until next year as the Katana Chroma won't be released until the first quarter of 2022. Pricing also wasn't disclosed.

Razer didn't release pricing of its all-in-ones either but they should at least come out this year. You can get ready though by stocking up on the Razer Kunai Chroma fans, which are available today from Razer.com for $45 a piece. The Razer fan controller will run you $50 and should also pop up on Razer.com today.