Every component in your computer is important, complex, and has more specifications than most folks are familiar with. Your RAM, or Random Access Memory, is no exception to this. Generally, people know that more RAM is better, but that's not the extent of it. It's also not always accurate. Let's take a look at what you need to know about choosing the right RAM for your PC.

If you're looking to upgrade the RAM in your current computer, check out our article on identifying the kind of RAM you have so you know what you're upgrading from.

Did you know that the RAM in a desktop computer is going to be different from the RAM found in a laptop? RAM modules will be found as DIMM, which stands for dual in-line memory module. There are a few different kinds of DIMM out in the market: 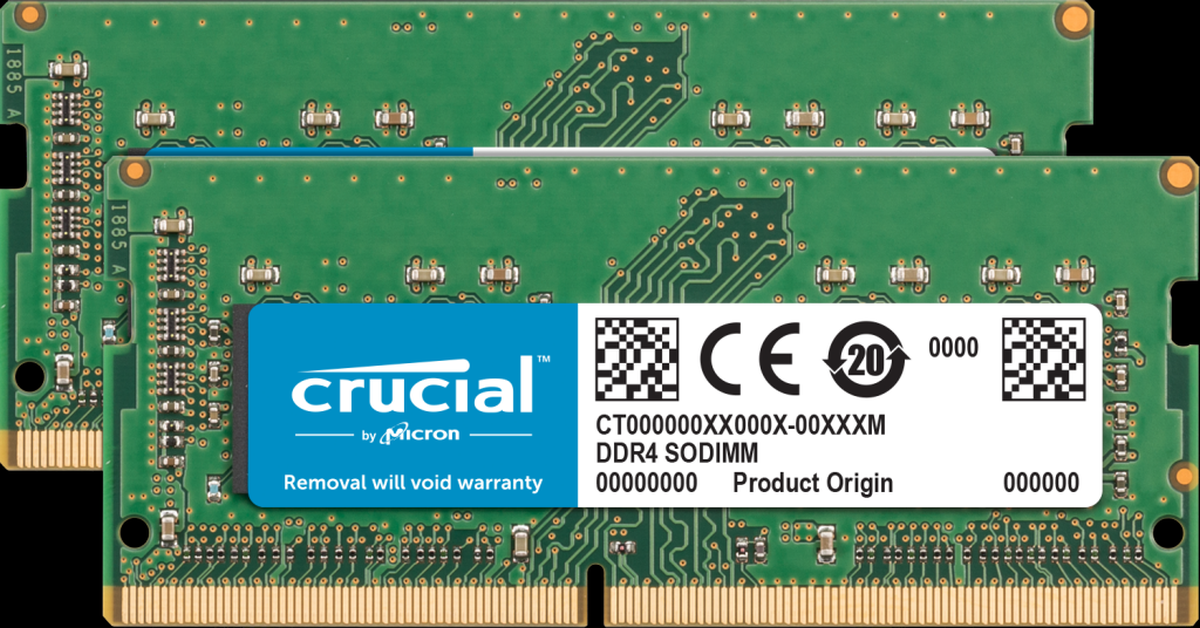 Modern RAM comes with different numbered DDR identifiers. For better or worse, this has nothing to do with Dance Dance Revolution. In RAM, DDR stands for Double Data Rate, with the appended number (as in DDR4) indicating the generation of this double data rate standard. Early computer RAM was typically referred to as just DRAM, which stands for Dynamic Random Access Memory. Most RAM is still effectively DRAM, just with better circuit designs that enable memory to work more quickly and with higher capacity. First, they added a clock signal interface so the DRAM could sync up with other parts of the system, becoming known as SDRAM. Then DDR was developed to double the amount of data bandwidth available to the rest of the machines and you, its user.

From there came DDR2, then DDR3, and now most current devices utilize DDR4 RAM. DDR5 does exist as a memory standard, and you may find it mentioned in graphics cards, but DDR5 RAM modules aren't quite ready for the market at the time of writing this article. Whatever the case, though, your motherboard and CPU are going to be the major determining factors on what kind of DDR RAM you need for your PC, so know those specifications before choosing your RAM.

This is the part many people are familiar with: More RAM is good, less RAM is bad. RAM capacity is the major specification folks are looking for when purchasing. Generally, having 8GB of RAM will provide a better computing experience than 4GB of RAM. Video games will include RAM capacity in their recommended system requirements. Various software will have their own minimum requirements for available memory. This is all capacity.

You cannot just purchase as much RAM as possible, however. A 32-bit process and operating system could only make use of up to 4GB of memory, so the additional RAM on such a system effectively goes to waste. Most modern systems are 64-bit, which can theoretically handle up to 4 petabytes of memory, albeit most modern PC CPUs tend to be capped at anywhere between 32GB and 256GB of memory. As mentioned above, you'll want to refer to your CPU and motherboard specifications to determine what RAM capacity your system can handle—then following the edict of more is better aim for the higher end of that spec.

This is the aspect of RAM that gets a bit complex. There are two main factors behind what makes RAM considered fast: frequency and timing.

First is the RAM's frequency, which is far too commonly referred to as the speed. When looking at RAM products, you might find it listed as DDR4-3200 or DDR4 2666 MHz. Those four-digit numbers are the frequency of the RAM. Your memory is constantly doing reading and writing cycles with your currently loaded data, and that frequency is referring to how many times per second the memory is going through that cycle. DDR4-3200 is referring to a 3200MHz frequency cycle, which translates to about 3.2 billion read/write cycles per second. So, generally speaking, a higher frequency is better, but note that some CPUs and motherboards may not support some frequencies effectively, and may require additional research if you're looking to maximize your performance. Additionally, the price for high-frequency RAM tends to ramp up very quickly.

Then there's timing, also known as Column Access Strobe latency or CAS latency, which is a measurement of the delay between your RAM modules receiving a command from the CPU and the RAM actually executing that command. CAS latency is typically listed as a series of numbers, such as 18-22-22-42, which is actually referring to a series of timing values beyond just CAS latency. Typically, the timing order is CAS Latency – Row Address to Column Address Delay – Row Precharge Time – Row Active Time. Basically, lower numbers are better. There is much more depth to go into here, but generally speaking, differences in timing aren't going to make a huge impact on your experience with modern auto-detect settings and memory controllers on your motherboard and CPU.

If you're intrigued by the idea of overclocking your RAM, but intimidated by the tricky manual process, you may want to look for something called XMP support. You can read more about XMP in our article on how to enable XMP.

Think of memory channels as the roads between the CPU and RAM. With only one road, there are only so many vehicles that can be moving on it at once. Once the road is too busy, it becomes a clog for those trying to get between those two points. Same goes for the memory channels on your motherboard—a super-fast CPU and high-powered RAM on a single channel can lead to that channel becoming the chokepoint for your PC's performance. Most CPUs can support two or four memory channels, and their compatible motherboards tend to accommodate that with their available RAM slots. In order to use multiple channels, you'll need more than one RAM stick. In the instance where you have an incredible CPU and outstanding RAM, it's typically better to use a Dual Channel 16GB RAM kit, which is two 8GB RAM sticks with matching performance, as opposed to a single stick of 16GB RAM. Though, the downside here is that if you only have two RAM slots, then upgrading your RAM capacity would mean replacing the RAM entirely, as opposed to just adding another stick of RAM if you only had the single 16GB stick.

There are a handful of other RAM specifications that can be helpful to know.

Both form and function are important! RAM has been getting more and more attention from its manufacturers to better support the overall look of your rig. Many high-performance RAM kits, especially those targeted towards gamers, tend to include sleek looking heat spreaders and even multi-colored LEDs so you can really build with something that shines.

To summarize, picking the right RAM kit for your PC is going to be a matter of matching up the DIMM physical form factor, the DDR type, and the amount (in GB) of RAM capacity you're looking for. Additionally, considering the memory's frequency, timings, and channels can help you get the most RAM performance for your budget. Whatever you do, though, please don't try to download more RAM.