The trash talk between Intel and Apple continued unabated this morning when Intel pushed out a new video asking Apple users what they want in a laptop and the answer is basically a PC.

The new video is presented in the style of the Chevrolet Real People campaign. It opens with die hard Apple users walking into the lobby of a building—well, all but one, who is doing the most stereotypical Apple-user thing you'd expect: rolling through the lobby on a hover board.

The video broaches nothing new and feels about as authentic as those Chevy commercials, but it also touches a sensitive Apple nerve. It gets Apple's own customers to admit they want many things you can only get on a PC: customization, touch screens, gaming, tablet modes, and the ability to swap out RAM or the SSD. 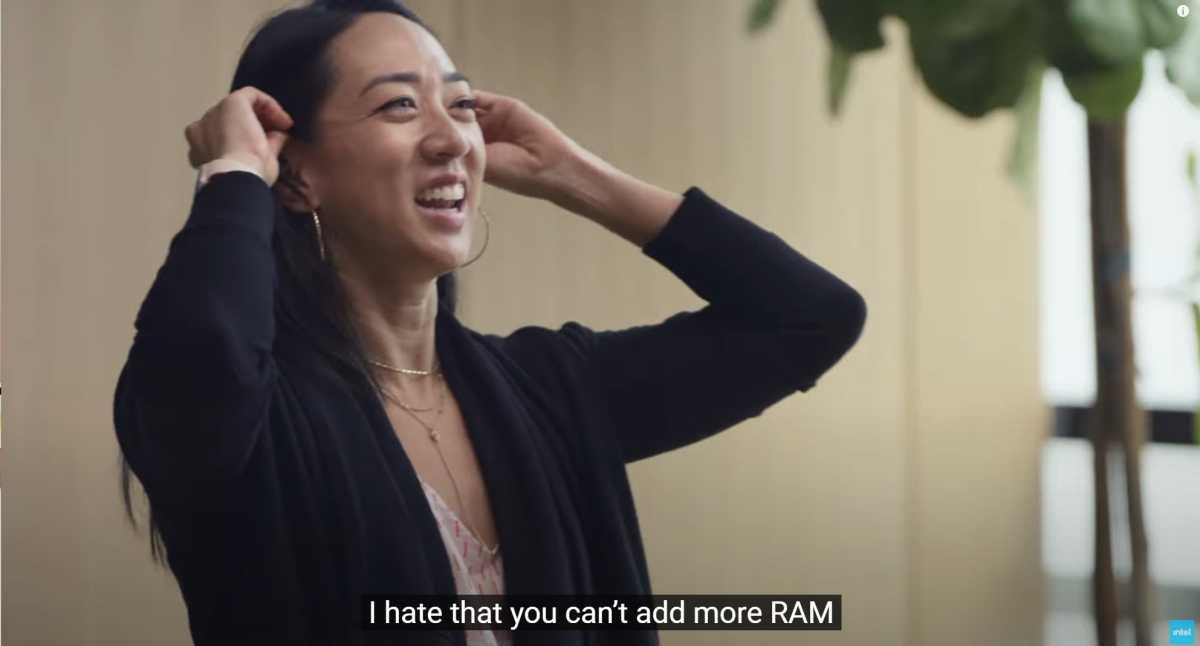 The Apple fandom is clearly evident in the video, with participants professing their love of all things Apple; one even describing herself as an Apple girl, in an Apple world, and another saying she is 100% loyal to Apple.

The Apple fans are asked about customization and one responds that she absolutely hates a feature that's a staple of Apple laptops.

I hate that you can't add more RAM after you make the wrong decision and get the computer, she said.

The Intel moderator then proceeds to show the Apple users video of an M.2 SSD being changed in a laptop, with one participant nodding his head in approval.

And yes, gaming gets mentioned too. The moderator shows the Apple users icons of 57,000-plus games and one immediately quips: Well I recognize a bunch of those games that definitely can't be played on my computer so…

When one says, I would like to have my iPad and my laptop combined, the Intel moderator predictably shows the audience multiple 2-in-1 PCs that are capable of that trick, with one participant noting that it kind of eliminates the need of an iPad. Ouch. 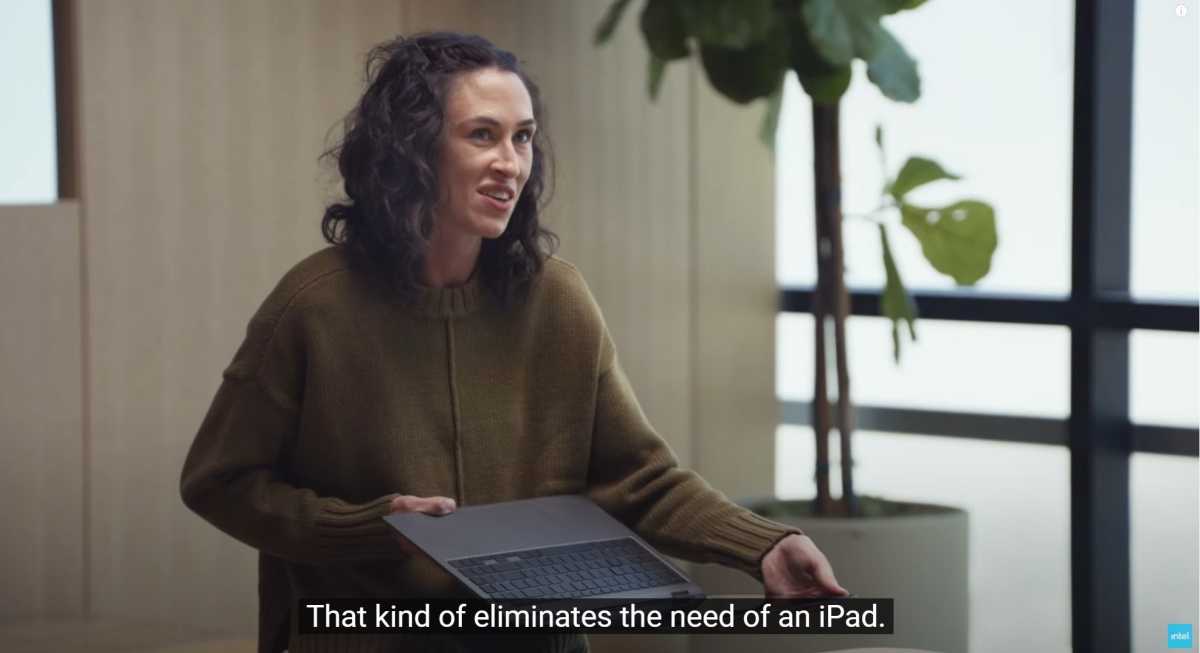 And no, it's not faked at all, Intel insisted to PCWorld. The company interviewed 12 Apple fans to get their honest reactions to what they were told was an undisclosed, soon-to-launch mobile device.

Still, it's hard not to suspect some of hamming it up for the camera. For example, is it possible there's an Apple customer at this point who doesn't know that touch screens, 2-in-1 modes, upgradeable features, and gaming galore exist on the PC side of the aisle?

This is Intel's latest salvo against its one-time customer and now full-time competitor. In March, Intel fired off multiple videos using former Apple front man Justin I'm a Mac Long to bash the Mac. Much like this video, those videos highlighted the shortcomings of the Mac platform against today's PCs and touched a raw nerve.

How do we know it touched a nerve? Although factually correct in pointing out that the Mac is lousy at PC gaming, doesn't have touch screen support, or 2-in-1 support, and limits choice, the videos were all heavily down voted 3:1 by disapproving Mac users.

You can watch Intel's latest jab below.