Remember Intel’s crazy Kaby Lake-G, which caused a major stir by combining Intel CPU cores with AMD graphics cores? It’s back. My colleague Melissa Riofrio spotted it in Acer’s impressive ConceptD 5 laptop for creators, which packs the Core i7-8705G CPU into what might be the perfect chassis for it. Due to ship in April, the ConceptD 5 will have a starting price of $1,699.

Intel announced Kaby Lake-G at CES in January, 2018, as part of a family of quad-core 8th-generation Core CPUs—but the only one with Radeon RX Vega M discrete graphics baked in. At the time, the CPU basically promised GeForce GTX 1050 Ti-level of graphics in a tiny little package.

We actually thought it had a very good chance of upsetting Nvidia’s discrete mobile graphics plans, but only two laptops ever emerged with it: Dell’s XPS 15 2-in-1 9575 and HP’s Spectre x360 15. Other than Intel’s own Hades Canyon NUC, it’s been more than a year of radio silence.

With Intel’s impressive 8th gen CPUs now packing six cores, and rumors of an eight-core version on the way, you’d have to ask yourself whether Kaby Lake G was even relevant anymore.

Sure, both the Spectre x360 15 and XPS 15 2-in-1 9575 are convertibles with touchscreens, which tend to be weightier. However, the ConceptD’s 3.3 pounds puts it in weight contention with many 13.3-inch and 14-inch laptops. With its faster discrete-class graphics and higher-performing cores (thanks to the shared Kaby Lake-G chip design), it’ll easily outperform those smaller laptops without the weight penalty you’d normally expect.

We thought Kaby Lake-G had been buried and left for dead. The good news is, this impressive CPU is back in a laptop that is designed to appreciate it. The sort-of bad news is, we’re pretty sure the Core i7-8705G version will cost more than the product’s $1,699 starting price. 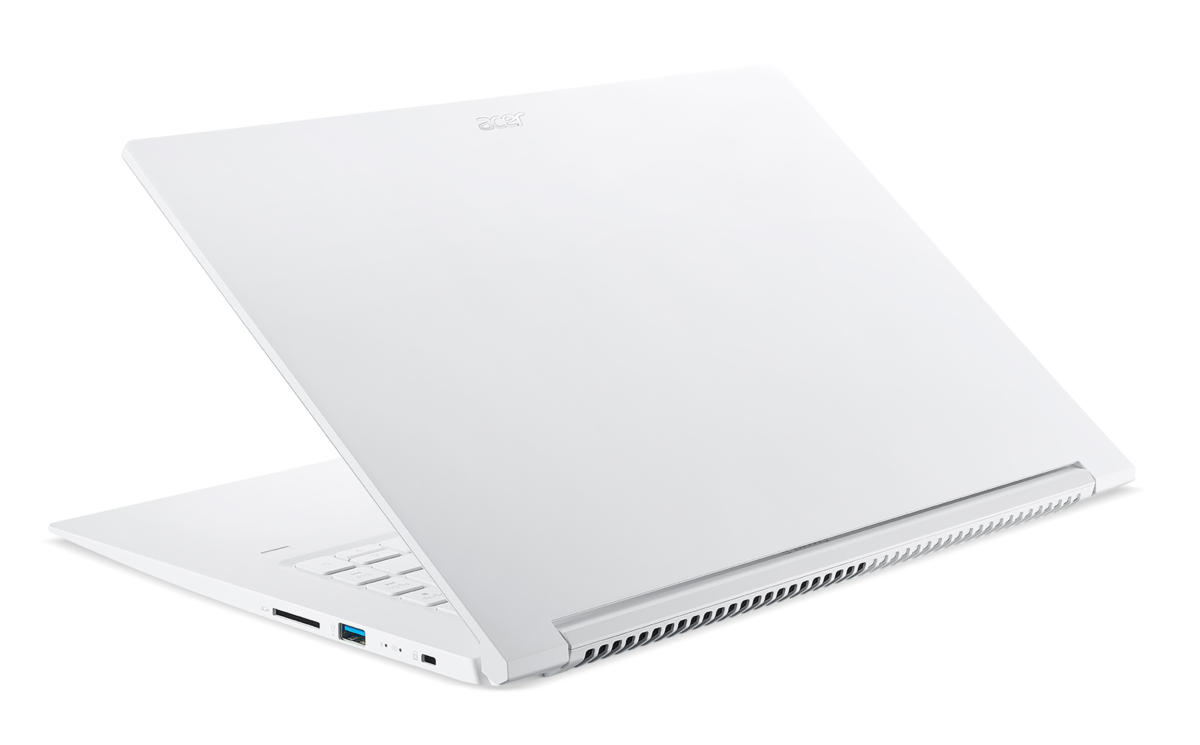