Telstra says the introduction of Google's Android platform on its second generation T-Hub home phone system will give users far more flexibility when it comes to interacting with the device. 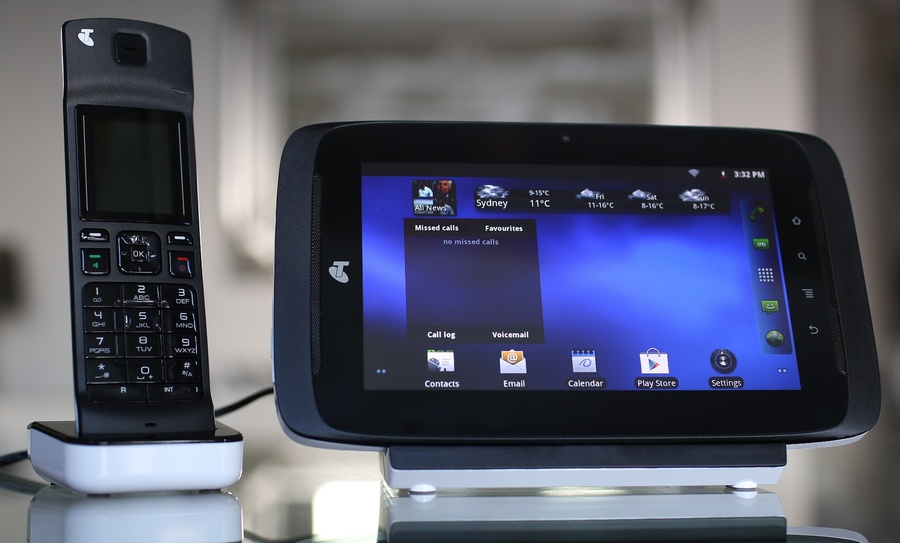 The Telstra T-Hub 2 is the company's second fixed line product that consists of a cordless home phone and a portable tablet device. The tablet component of the new product runs Google's Android operating system and therefore provides full access to the Google Play app store.

"One of the things our customers said about the first device [original T-Hub] was that they really wanted more access to applications and more options to do with the device," said Telstra's director of fixed voice and broadband, John Chambers. "Android gives us that so you've got the Google Play Store there and all the apps along with that."

Telstra says it sold over 300,000 units of the original T-Hub product, which operated on a proprietary software platform and did not provide access to any third-party applications.

The telco says it worked closely with existing T-Hub customers when designing the new T-Hub 2 product and suggested call clarity, managing contacts and access to third-party apps as the most critical features.

"The T-Hub 1 was a real success for us at Telstra, we sold over 300,000 of them over the last couple of years," explained Chambers. "Globally we are probably the strongest player in that integrated home phone and tablet space."

"In designing the T-Hub 2 we've really tried to keep the features that our customers loved about the first one, but really evolve it further to make it what we call the smartphone for your home."

The Telstra T-Hub 2 features a new, curved design with black and white finish. The 7in tablet comes with a charging cradle with stereo speakers and also has a built-in stand. Users can make handsfree calls from the tablet or via the included cordless handset.

The tablet component of the T-Hub 2 is manufactured by Technicolor. The device has a 1GHz dual-core processor, 1GB of RAM, 2GB of internal memory, dual-cameras and an SD card slot. The 7in capacitive touchscreen has a resolution of 1024x600.

The T-Hub 2 comes preloaded with a range of Telstra apps and services including Yellow and White Pages apps, a T-Box remote control app and a T-Share app that can be used to stream content from the T-Hub 2 to any DLNA capable device such as TVs. However, users can download most compatible third-party apps from the Google Play store, just as they would on any Android smartphone or tablet device.

"Like most devices there can be some apps that won't work, so I couldn't say all apps are available and some may not be," said Chambers.

The T-Hub 2 will initially run the 2.3 Gingerbread version of Google's Android platform, but the Telstra says the device will be upgraded to 4.0 Ice Cream Sandwich in the "coming months". The telco has promised to continue to evolve the T-Hub 2 software as the Android platform is updated.

"Android really gives us such a wide spectrum of things you can do with the device. It also means as the software updates with Android we'll be able to continually evolve the device with those updates."

The T-Hub 2 is available through Telstra stores and online on Tuesday 17 July. It will sell for $360 outright but requires both a Telstra fixed line home phone service and a BigPond broadband service to operate.

The T-Hub 2 can also be purchased through a Telstra T-Bundle and paid off over 24 months for $15 per month.

Telstra says it will continue to support the original T-Hub over time, but will stop selling it from tomorrow. An offer will be available to existing T-Hub customers to upgrade to the T-Hub 2 for half price, though any existing T-Hub contract will still need to be honoured.