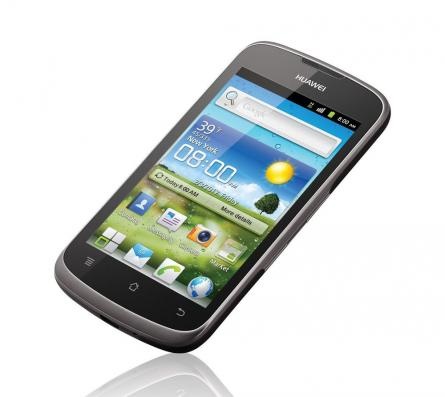 The Huawei Ascend G300 and the Ascend Y100 are available now as low cost, pre-paid devices through Vodafone. The smartphones go on sale from today for $169 and $99, respectively.

"With Vodafone as our valued partner, we are pleased to add two more smartphones to the Ascend range to suit everyone's pockets and lifestyles – this is testament of our commitment to our customers' needs," said Mark Treadwell, Head of Marketing at Huawei. "In terms of specs and looks, the Huawei Ascend G300 and the Huawei Ascend Y100 count among the best in their respective classes."

The Huawei Ascend G300 has a 4in IPS TFT screen, a 5-megapixel camera with LED flash and is powered by a 1GHz, single-core processor. The G300 also has a separate graphics processor in a bid to handle the latest games through Google's Play Store.

The $99 Ascend Y100 has a slower 800MHz processor and a smaller 2.8in touchscreen, though Huawei claims the device is coated in a "premium" anti-fingerprint, metallic surface.

Both the Ascend Y100 and G300 run the outdated Gingerbread 2.3 version of Google's platform. Huawei says the Ascend G300 will be upgraded to Ice Cream Sandwich in the future, but did not specify a time or date. The Y100 will not receive the same software update.

Earlier this week, Huawei announced that its higher end Android smartphone, the Ascend P1, would sell outright through Dick Smith retail stores in Australia and not on subsidised contract plans through carriers. Huawei has traditionally focussed on low end, pre-paid smartphones in Australia.

You can watch a rather amusing video Huawei published yesterday testing the New York public's pronunciation of its name. For the record, it's pronounced "Wa-way".