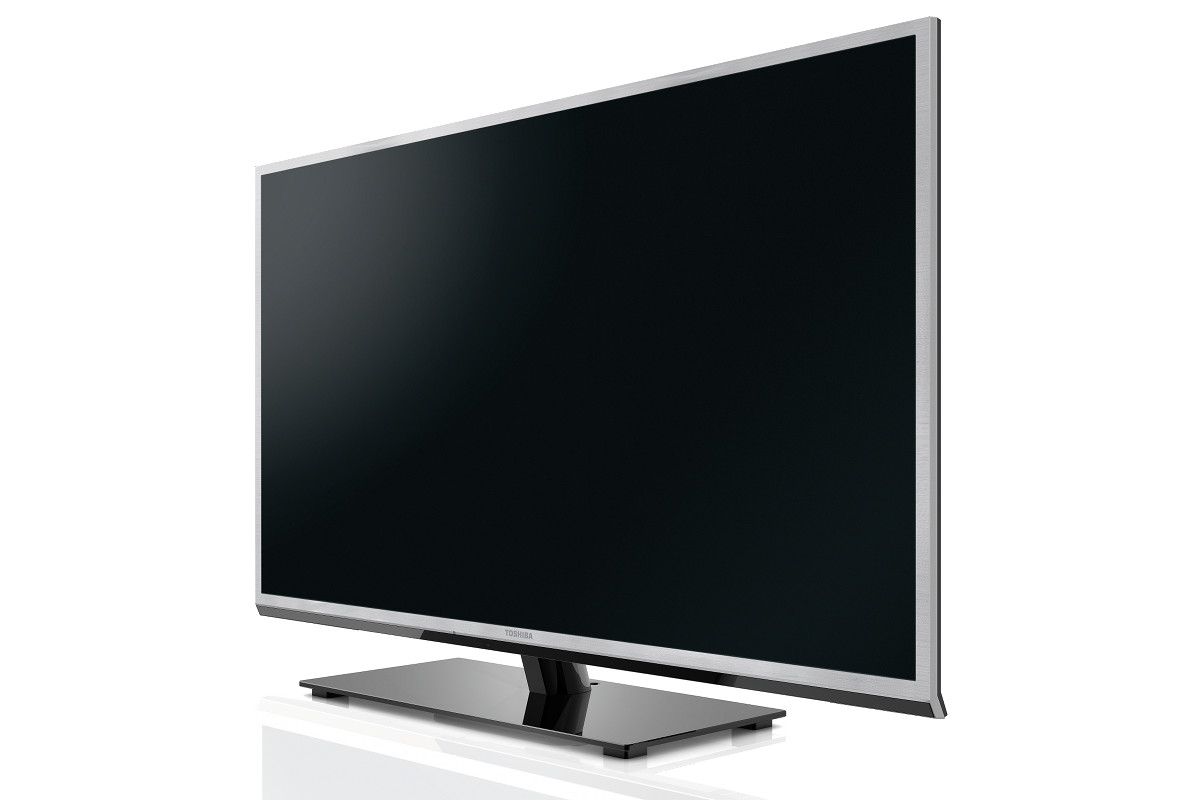 Toshiba has six distinct ranges in its TV offering for 2012, incorporating a variety of technologies at differing price-points.

Toshiba told Good Gear Guide that its budget DL900A series was designed to corner the budget, small-screen end of the market — with a 23in Full HD LED 50Hz display, it compromises between the popular 22in and 24in screen sizes, and has a built-in DVD combo drive. Toshiba suggested a prospective price of $449 for the 23DL900A.

Toshiba will also release the TV in a model without the built in DVD player — otherwise identical with a Full HD LED 50Hz panel, the Toshiba HL900A series will be available in 23in, 42in and 46in screen sizes. Toshiba suggested a rough $1299 RRP for the 46in HL900A.

Toshiba has also engineered a TV to challenge the ultra-budget mid-size category dominated by brands like Soniq, Hisense, Teac and Kogan. The EL900A series comprises a single 32in model with a 1366x768pixel WXGA screen with a 50Hz refresh rate, with attention paid to the TV’s sound quality as well as picture; the bottom of all Toshiba LED TVs is slightly thicker due to full-size speakers for better sound quality.

The Toshiba RL900A is the company’s entry-level Internet-enabled TV, available in a 32in and a 40in screen size. With three HDMI ports and a USB port for the included wireless network dongle — a Wi-Fi stick will be included with every Toshiba smart TV — the RL900A is a step up from cheaper TVs.

With a native 50Hz panel plus LED backlight scanning, Toshiba rates the TV as ‘AMR 100’, using its Advanced Motion Resolution moniker: the company’s name for motion smoothing technology. A Toshiba representative told Good Gear Guide that feedback from retailers indicated that they wanted to know the native refresh rate of TVs without any marketing terminology, so they would be releasing that information freely.

The RL900A is also the cheapest TV with the company’s Toshiba Places service, which is a multimedia IPTV feature in the vein of Samsung’s Smart Hub and LG Smart TV. 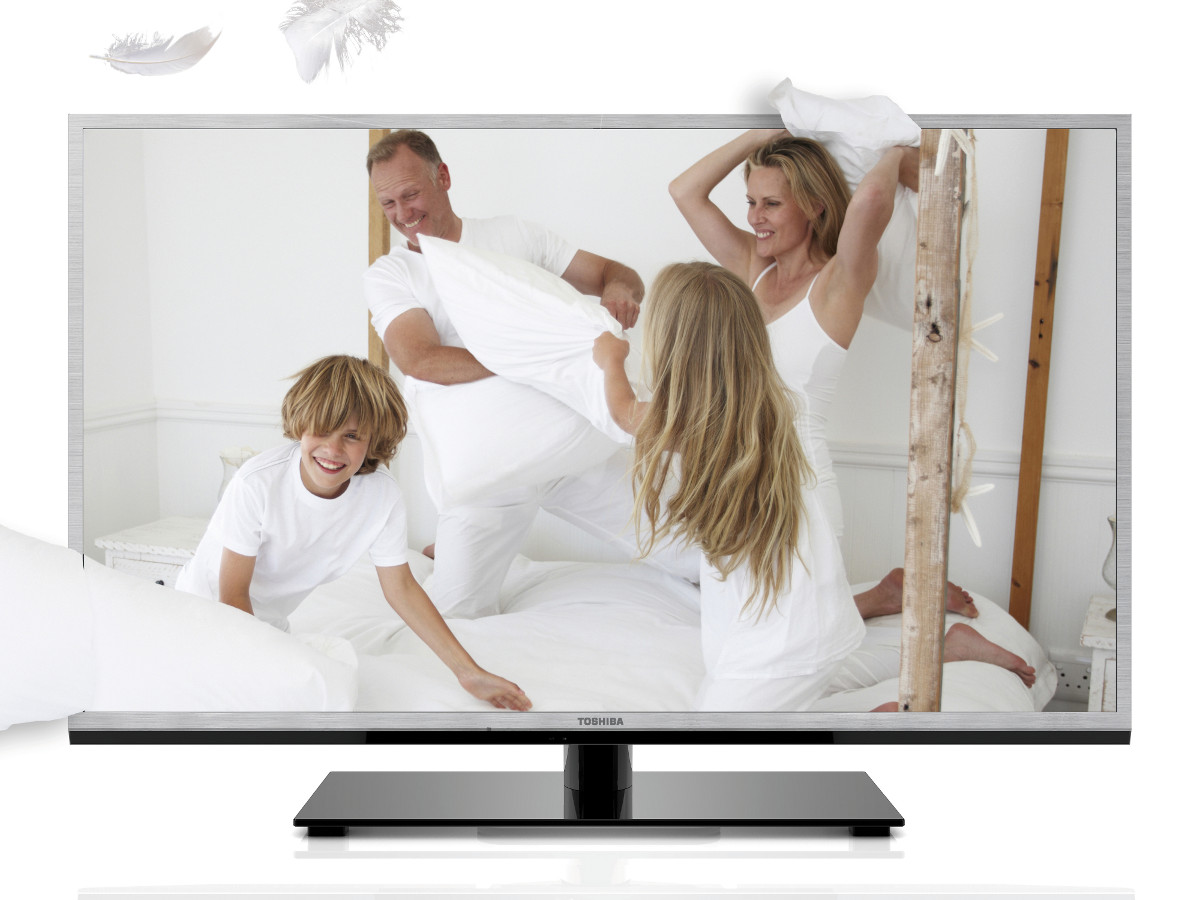 Stepping up from the last model is the Toshiba TL900A series in 40in and 46in sizes. As an AMR 200 screen it uses a 100Hz panel and backlight scanning, and is a Full HD 1080p display. It uses active-shutter 3D glasses technology where the comparable model last year used passive; one pair of rechargeable 3D glasses is included. Toshiba Places is a touted feature, as is Wi-Fi Direct and a new silver bezel design.

Top dog in Toshiba’s 2012 TV line-up is the VL900A, which comes in larger sizes than cheaper models at 47in and 55in. The premium TV is is LED edge-lit using local dimming for dynamic contrast, with a motion rate of AMR 400 — a 100Hz panel plus backlight scanning and backlight blinking. It ditches last year’s active 3D from the WL800A, using passive 3D for cheaper glasses and some exclusive features.

Toshiba told Good Gear Guide that a few reasons were behind the move to passive 3D. Value for money was a key concern — passive glasses can be found for $1 where active glasses cost at least $50 — as was consumers’ previous positive experiences with 3D in cinemas. The Toshiba representative did say that active 3D still offered the absolute best image quality, but that passive was superior for the overall 3D effect.

Toshiba doesn’t have its own Dual Play-esque passive 3D glasses yet, but the Toshiba representative suggested that picking up a pair of LG-branded passive glasses would be a workable alternative.

Toshiba Places is a smart TV feature inherited from Toshiba’s European operations, and as such it’s skewed towards international tastes. Toshiba told GoodGearGuide that it would continue to grow the service over time, but that its IPTV service already offered content like international movies that might be of interest to Australia’s multicultural community.

The Places service is made up of several different categories in the vein of Sony’s Internet TV channels — there’s a Video places with YouTube, DailyMotion and European movie service Viewster, a Music place with Aupeo streaming internet radio and pay-per-view iConcerts, a News place with multilanguage Euronews and France 24 international news services, and a Social place with account access for Facebook, Twitter and Flickr. Weather and Games places will also be available when Toshiba’s connected TVs are launched in Australia.

Toshiba’s new TVs will be launching from July onwards, with premium RL-, TL- and VL-series models coming out in August. Two new Blu-ray players, the BDX1300 and 3D-capable BDX4300, will be available from May and October respectively

All prices quoted in this article are not final, and may change before release.