Apple's new iPad is the undisputed king of tablets, but there are a few challengers that offer a valid alternative. One of the best examples is the ASUS Transformer Pad Infinity, the company's latest flagship Android tablet. How does it stack up to the new iPad? Let's find out.

The key feature of the new iPad is its "retina" display. The resolution of 2048x1536 is double that of the original iPad and significantly higher than most Android tablets. This higher resolution gives it a pixel per inch (ppi) of 263, better than the 224ppi of the Transformer Pad Infinity.

The "retina" screen is by far and away the best display on any mobile device we've seen. Text is crisp and clear with no visible aberrations, even when zoomed right in. Photos and videos look bright and vivid but not oversaturated like many other mobile displays. The iPad's screen is so sharp that it constantly highlights the low quality of many images on the Internet.

By comparison, the ASUS Transformer Pad Infinity has a 10.1in super IPS+ screen with an impressive 1920x1200 resolution. On paper, it's still no match for the new iPad's higher res screen, but it's a significant improvement over most other Android tablets on the market. Up until now, almost all 10in Android tablets come with a resolution of 1280x800. The Transformer Pad Infinity's higher res should mean crisper and sharper text and much higher levels of detail. 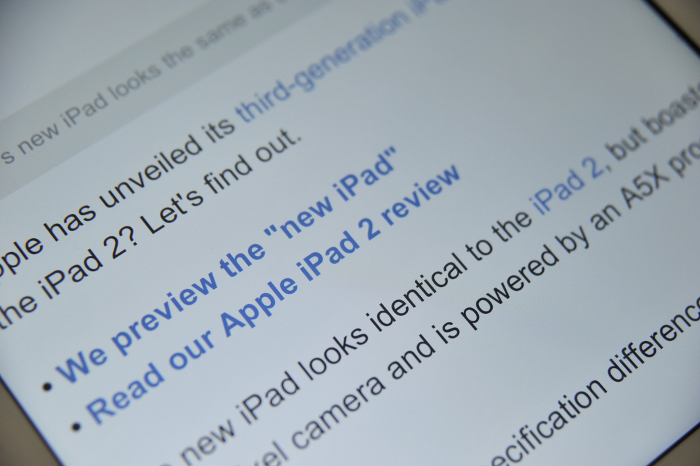 Text on the new iPad's "retina" display is crisp and clear with no visible aberrations, even when zoomed right in.

The new iPad features a near identical design to the iPad 2. A single-button front fascia, a brushed metal rear and a flat back are all highlights. The edges of the iPad curve as they meet the front edge of the device. The new iPad is slightly thicker and heavier than the iPad 2. Wi-Fi models are 51g heavier, and the Wi-Fi + 4G models are 49g heavier.

If you consider the iPad design a little stale, the ASUS Transformer Pad Infinity is likely to appeal to you. The TF700T measures just 8.5mm thick and is constructed from an attractive, "spun finished" aluminium. It's also far lighter than the new iPad (586g) despite having a larger screen. Previous ASUS tablets, specifically the Transformer Prime, experienced widely reported issues with Wi-Fi and GPS performance. The company claims to have eliminated these issues in the Transformer Pad Infinity, so we can only hope that is the case.

Apple's iOS software is easy to use, simple and effective. The iPad has more apps than any other software platform, but more importantly, it has a large range of excellent, quality apps built specifically for a tablet device. The user experience is generally positive, despite some annoying limitations. During day to day use we didn't notice a significant speed increase in the new iPad compared to the iPad 2, but this is an efficient tablet that shows no signs of lag or slowdown during most tasks.

The ASUS Transformer Pad Infinity runs the latest Ice Cream Sandwich 4.0 version of Android, which admittedly is a big improvement over previous editions of the platform. You can expect performance to be much improved and flexibility is a strong point. The Android OS isn't as smooth or slick as iOS, but it is definitely less restrictive. Disappointingly, third-party tablet apps on Android remain well behind the iPad, and there is also no easy way to determine if an app in the Google Play store is designed to work on a tablet. These are general Android OS issues though, and in no way a black mark on the Transformer Pad Infinity itself. 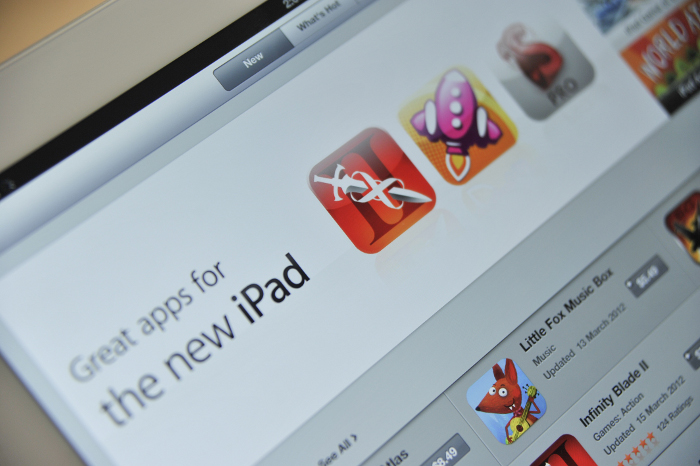 The iPad has a large range of excellent quality apps built specifically for a tablet device.

The new iPad has a significantly upgraded rear camera to the one on the iPad 2, which was a dreadful 0.7-megapixels. The new iPad's camera features some of the same technology used in the iPhone 4S, but in a 5-megapixel lens with backside-illuminated sensor. It also doubles as a full HD 1080p video recorder. Images aren't as sharp or clear as the excellent camera on the iPhone 4S, but they are certainly good enough for small prints. The front-facing camera on the new iPad disappointingly remains VGA.

The Transformer Pad Infinity has the same 8.1-megapixel rear camera as its predecessor, the Eee Pad Transformer Prime. The good news is, that camera remains one of the best on a tablet. It snapped good quality images with reasonable detail levels and recorded good quality, full HD 1080p video. ASUS may have kept the rear camera the same, but the Transformer Pad Infinity boasts an upgraded 2-megapixel front camera. This should result in significantly better quality video for third-party apps like Skype and Tango.

Apple rarely focuses on the technical specifications of its products, but the new iPad is an impressive piece of hardware. It's powered by a dual-core A5X processor but has a quad-core graphics processor. The main beneficiary here is gaming and the graphics it is capable of are very impressive. The iPad has 1GB of RAM and comes with either 16, 32, or 64GB of internal memory but there is no memory card slot for extra storage. 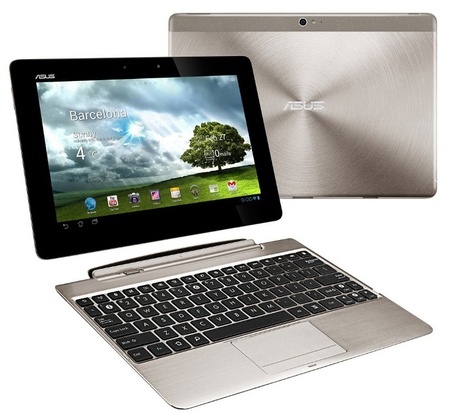 ASUS bundles the keyboard dock accessory with all models of the Transformer Pad Infinity sold in Australia.

The ASUS Transformer Pad Infinity is powered by an NVIDIA 1.6GHz quad-core Tegra 3 processor, has 1GB of RAM and 64GB of internal memory (the 32GB variant is not sold in Australia). It also has a microSD card slot on the tablet itself and a full-sized SD card slot on the keyboard dock, making it a more flexible option than the iPad when it comes to storage and memory. The keyboard dock, which ASUS bundles as a standard inclusion with the Transformer Pad Infinity in Australia, also adds a full-sized USB port, a trackpad, as well as its own built-in battery.

Globally, ASUS sells 3G model and 4G LTE models of the Transformer Pad Infinity, but these variants won't be available in Australia. The Aussie model is a 64GB Wi-Fi-only version that will come in "champagne gold" and "amethyst grey" colours.

What do you think about the new iPad and the ASUS Transformer Pad Infinity? Let me know in the comments below!