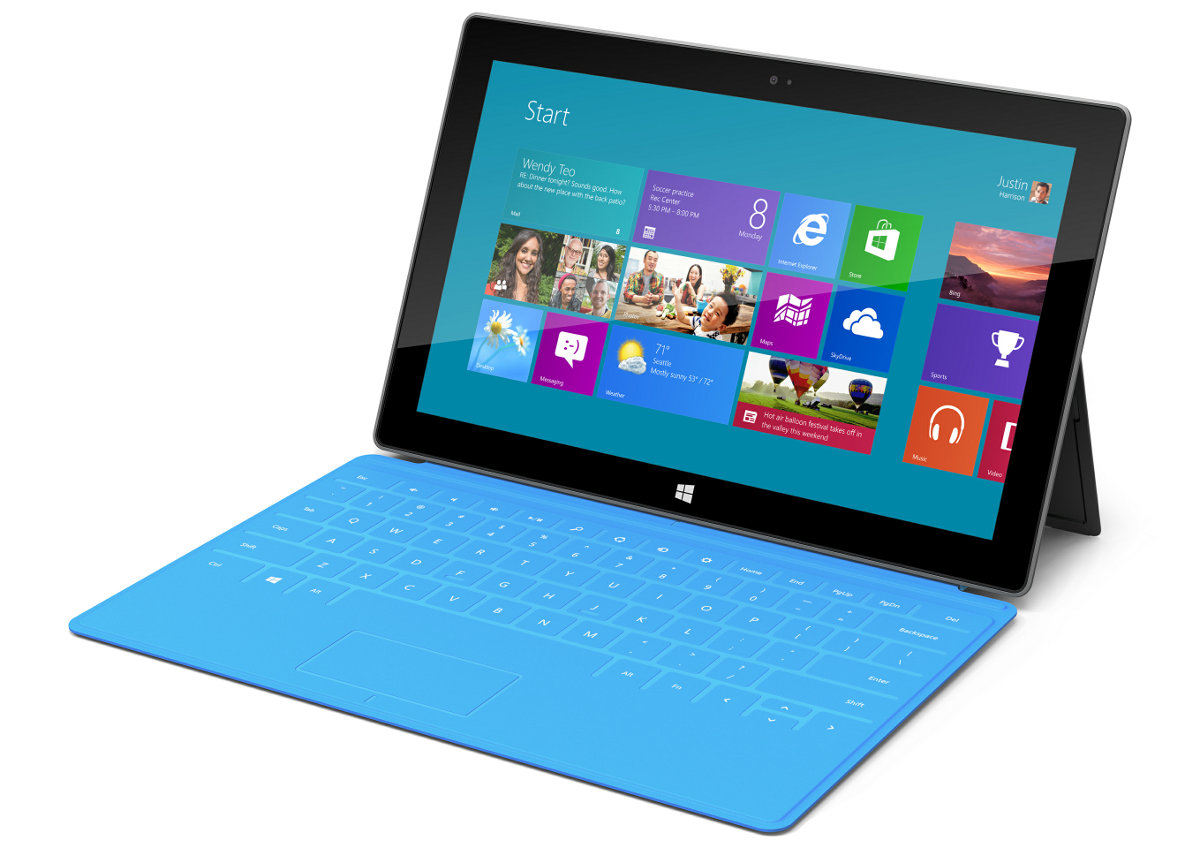 The Surface name has had a complicated history at Microsoft. What used to refer to a multi-user, multi-touch table-top display (with an integrated PC and bespoke collaboration software) is now a much, much smaller 10.6-inch tablet running Windows 8.

The original Surface table was a 30-inch rear-projection display, a full 21 inches thick using five infrared cameras to track users' inputs. It could track 52 inputs at once, distingushing between fingers, blobs (any larger object) and tags (using unique Surface dot-barcodes). It ran the then-darling Windows Vista on an Intel Core 2 Duo CPU, 2GB of RAM and a 160GB HDD.

In December 2011, Microsoft started shipping its Surface 2.0 multi-touch tables in partnership with Samsung. The now-40-inch LCD was much, much thinner, using a Full HD 1080p panel. The CPU was an AMD Athlon II, and RAM and hard drive space doubled. A customised, 64-bit version of Windows 7 Professional for Embedded Devices made its debut.

New software and computing features aside, the most important feature of Surface 2.0 was PixelSense, otherwise known as 'Optical Sensor In Pixel'. PixelSense was a novel technology that sandwiched an optical sensor in along with each pixel of liquid crystal silicon, allowing the Surface 2.0 tables to pick up 50 simultaneous inputs with near-perfect accuracy.

PixelSense technology is far more versatile than the capacitive touchsceens that are ubiquitous in computing devices like mobile phones, tablets and all-in-one PCs. Since it doesn't rely on the capacitance of a user's finger or stylus, it can track input from anything — a soft-bristled paintbrush, for example, or a scrap of paper. The 50 simultaneous inputs mean theoretically perfect input with a bristled object, on a perfect per-pixel level. 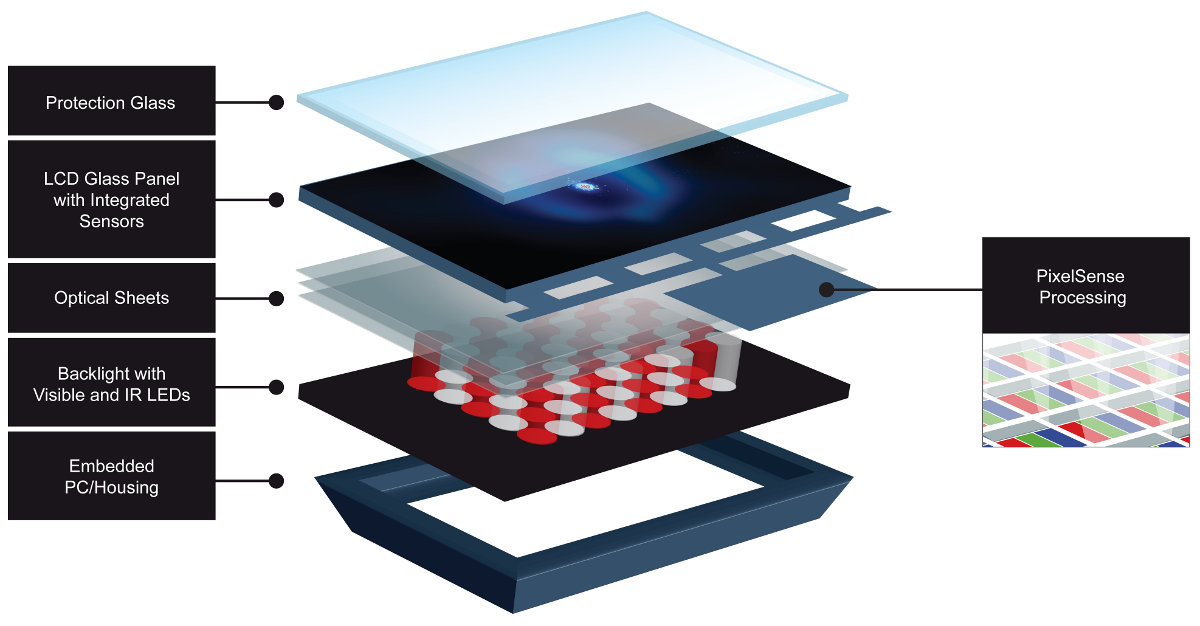 Capacitive multi-touch is generally restricted to a comparatively dismal maximum of ten simultaneous inputs, but most applications further restrict themselves to two — this opens up pinch-to-zoom, drag, rotate and swipe options. Apple is unique in offering a small range of four- and five-finger gestures to close apps and navigate on the iPad.

A cached copy of Microsoft's 'The Power Of PixelSense' web page, retrieved 11 June, shows off the PixelSense technology. It looks great. The video shows a huge range of possibilities for massively-multi-touch collaborative input. But the page isn't there any more — it's gone, along with any other reference to PixelSense on Microsoft's website. The MSDN Surface blog is gone too. Instead, the Surface website is all about the new tablet.

A few assets linger on the old Surface website, hidden from view — mostly technical drawings and promotional images. Some references still appear in Google's search listings. But the table previously known as Surface has a new home: PixelSense.com. It's now officially called Microsoft PixelSense, and the partnership with Samsung seems stronger than ever. PixelSense tables are shipping worldwide, and Microsoft lists thirty one partners with expertise in developing applications for industries as diverse as government, retail, education and healthcare.

The re-branding seems to have been a clean break. What was once Surface is now PixelSense, and what is now Surface has no PixelSense. Any consumer just learning now about the exciting new Surface tablet hopefully isn't going to be confused as to why there's also a 40-inch model available for $10,000.

The new Microsoft Surface tablet does look great — it's likely to take a large chunk of market share from the burgeoning Ultrabook category, to the chagrin of laptop manufacturers worldwide. It's not a PixelSense Surface tablet, though — that would have made it very, very special indeed.

Further reading: The battle for multi-touch