Sony is set to release a new Google TV set-top box in Australia which will be the first of its kind to be sold locally. The company has struggled to get traction with its Google TV products in the US, where the app-enabled boxes have proven unpopular.

At a Sony event on Tuesday, Group Manager for Network Services & Technology, Paul Colley, showed a Sony NSZ-GS7 Google TV set-top box on a Sony BRAVIA HX850 LED TV. He declined to comment on an Australian price or release date for the product, simply saying that the announcement was “really exciting.”

Colley said that the company had focused on creating a "lean-back experience" with the content integrated into its Australian range of BRAVIA TVs and Blu-ray players, but that Google TV was for more active users: "[It] sort of bridges that gap where people might want to interact a little more, lean forward and explore the Internet more."

Colley praised the full Google Chrome browser built into the Google TV device he was showcasing: "The Chrome web browser is the most popular on the planet, so you can be sure any website you visit will work."

He also played up its ease of use compared to other devices, saying that connected TVs, media centre PCs and Blu-ray players are "terrible" for browsing Web pages: "I don't know if many people have tried web browsing on their TV at home, whether they've done it through the multitude of devices you can connect to the Internet... but it's a terrible experience normally." Sony has web browser functionality built into many of its 2012 TVs and Blu-ray players, using a version of the Opera web browser. 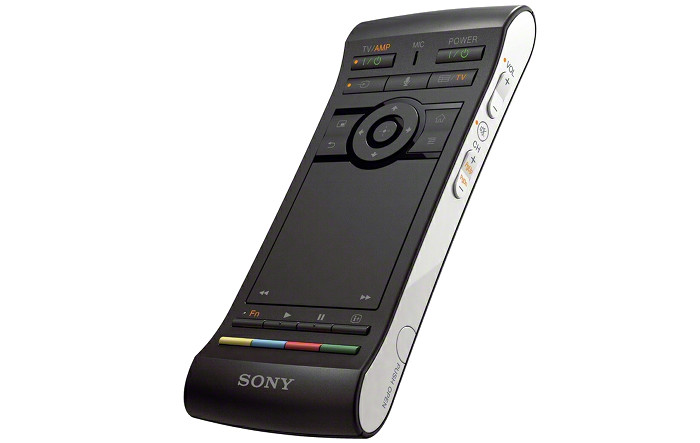 Where many Smart TVs — apart from expensive premium models — rely on a traditional remote control's number-pad or navigation keys to input text, the Sony NSZ-GS7's remote control has a full QWERTY keyboard, along with a multipurpose push-button touchpad-navigation pad (like the Logitech Dinovo Mini). These controls are arranged on both sides of the remote.

Colley also noted that the remote was the sole input for Sony’s Google TV device, saying “you don’t have to wave your hands around to make it all work”: a reference to Samsung and LG TVs using gesture and motion controls. The Verge reports that the Sony remote has limited motion control capability.

Google TV's key feature is its integrated access to the Google Play store, which catalogues thousands of apps, games and movies on compatible smartphone, tablet and set-top devices. According to Colley, many apps are being customised specifically to suit the large-screen TV format. Google TV set-top boxes can also access all YouTube content. 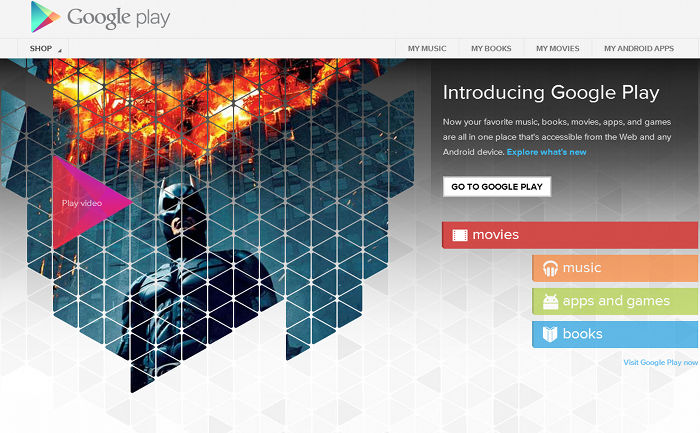 Sony has previously released Google TV products in 2011 in the US, integrated into TVs and Blu-ray players.

Collaborator Logitech was the first to market in the US with its Revue Google TV set-top box. The Revue sold poorly and led to Logitech abandoning its Google TV efforts, even after a last-ditch price drop from US$249 to US$99. Chip-maker Intel has also left the retail TV processor market after poor Google TV device sales. Sony no longer sells an integrated Google TV television in the US, with only refurbished models available.

Google TV was developed by Google in collaboration with Intel, Sony and Logitech, with an operating system based upon Google's Android mobile OS and a full Chrome browser. Google Chrome has recently become the world's most popular Web browser. Google TV is designed to be used on streaming media players and set-top boxes connected to large-screen LED and plasma TVs, with a simple interface that can be navigated using a remote control.

Sony is set to release its NSZ-GS7 Google TV set-top box and NSZ-GP9 Google TV Blu-ray player in the US from the end of June onwards in the US summer season, so it is likely that an Australian release will come in July to September. It is unclear whether Sony Australia will only release the NSZ-GS7 set-top box, or will also stock the NSZ-GP9 Blu-ray player.