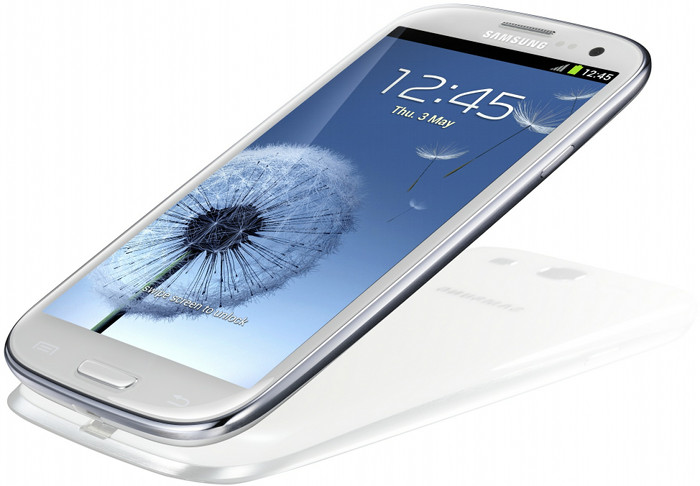 If you're keen on buying a Samsung Galaxy S III, you've got two choices. You can buy the phone outright — either from an Australian telco, from an Australian distributor like Allphones, or from an overseas importer — or you can buy it on a plan from Vodafone, Telstra, Optus or Virgin Mobile.

Buying the Samsung Galaxy S III outright is a simple proposition, even if it does work out to be slightly more expensive than the cheapest Vodafone plan. At the moment there's mostly only 16GB white models available, with other capacities and the Pebble Blue model imported from international sources.

You can buy the Galaxy S III at any of Australia's major telcos — Vodafone, Telstra, Optus or Virgin — for $899. This is the recommended retail price set by Samsung, and seeing as all of the telcos are pushing their plans we don't expect they'll offer significant discounts any time soon.

Discount phone retailer Allphones is offering the Galaxy S III on its online store for $798. This is a slight saving off the $825 you'll pay in store.

If you are happy to buy an imported model, look through our list of where to buy the Samsung Galaxy S III. Importers are offering a range of bargain prices for the Galaxy S III — the best we've seen at the moment is TopBuy, for $699 plus $27.95 postage for the elusive Pebble Blue model. Unfortunately, the first shipping batch sold out quickly and the second batch will only be sent out on 10 June.

Buying the Samsung Galaxy S III on a plan

There are four telcos offering the Samsung Galaxy S III on a wide variety of plans, ranging from $29 to $129 per month. We've organised them all into one place, with links to each online store.

Telstra is selling the white 16GB Galaxy S III on four consumer plans. At the moment, no other variants are listed on its site. The cheapest plan is $72 per month over 24 months ($59 Freedom Connect + $13 handset repayment per month): $550 worth of calls, unlimited SMS and 1.5GB of mobile data. The minimum total cost is $1728. 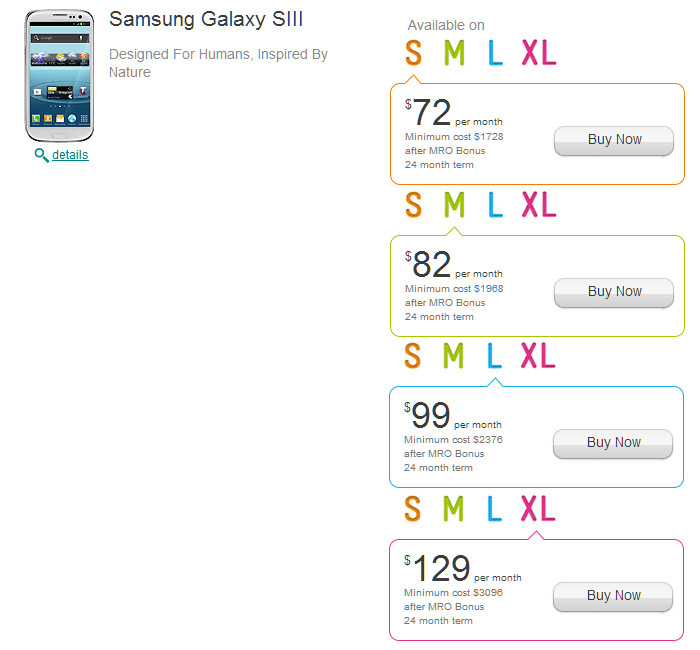 Telstra also offers the Galaxy S III on a range of business plans, from $76 to $129 per month.

Optus has detailed plans for 16GB and 32GB models in both white and blue. Only the 16GB white model is available now, though, with blue expected in 10 business days and 32GB variants "coming soon." The cheapest plan is $47 per month over 24 months ($30 Optus Plan + $17 handset repayment per month): $200 worth of calls and SMS, and 200MB of mobile data. The minimum total cost is $1068. 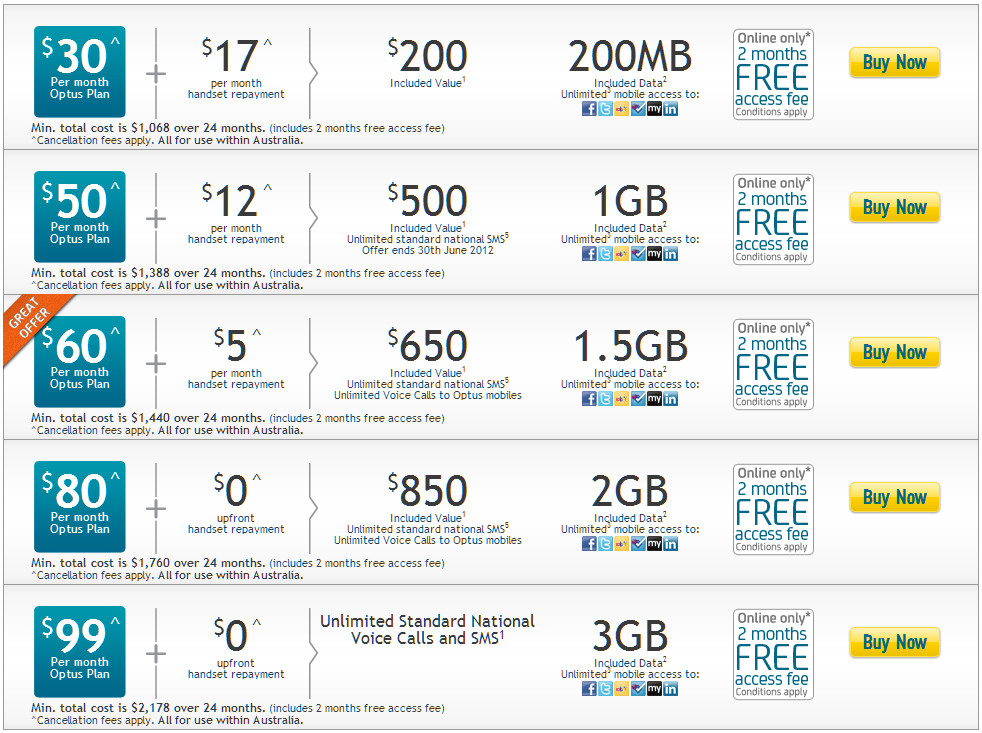 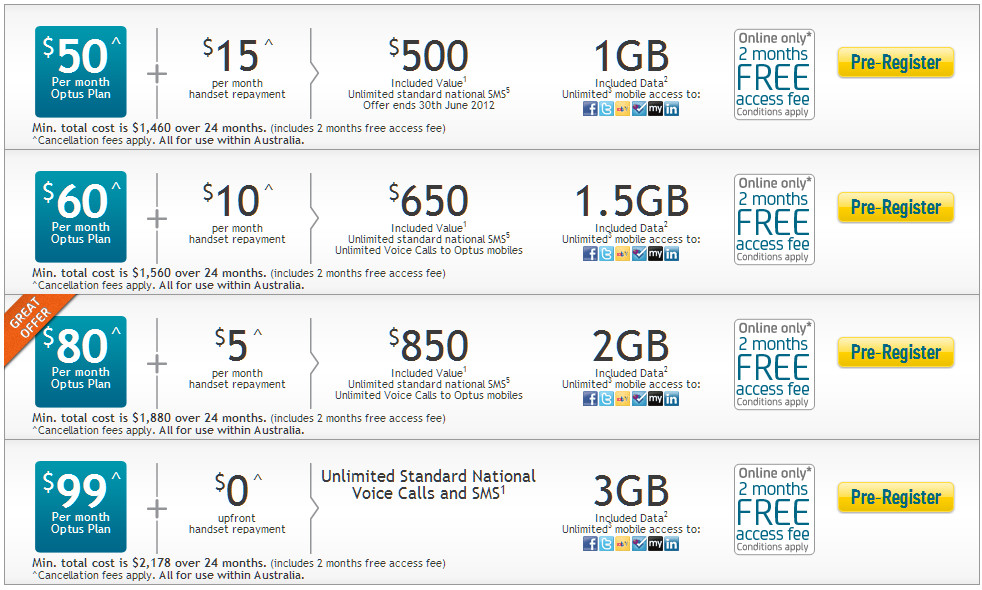 Virgin Mobile lists both the white and blue 16GB Galaxy S III models on its website, but only the white is available today. Blue models are expected "in early June." The cheapest plan is $47 per month over 24 months ($47 Fair Go plan, no handset repayment per month): $190 worth of calls and SMS, and 250MB of mobile data. The minimum total cost is $1128. 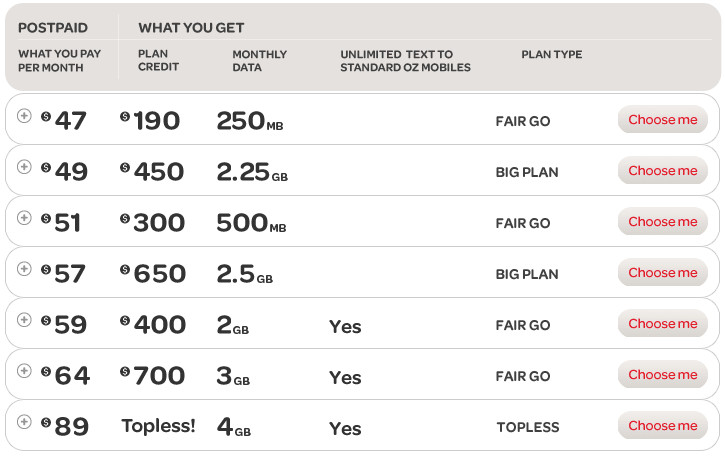 Vodafone lists blue and white 16GB variants. Only the white is currently available; Vodafone will contact Pebble Blue pre-orders "within 8 days" to provide a delivery date. The cheapest Vodafone plan is $29 per month over 12 months ($29 Vodafone Plan + $40 handset repayment per month): $180 worth of calls and SMS with free Vodafone/3 calls, and 200MB of mobile data. At a minimum total cost of $828 this is cheaper than buying the phone outright. 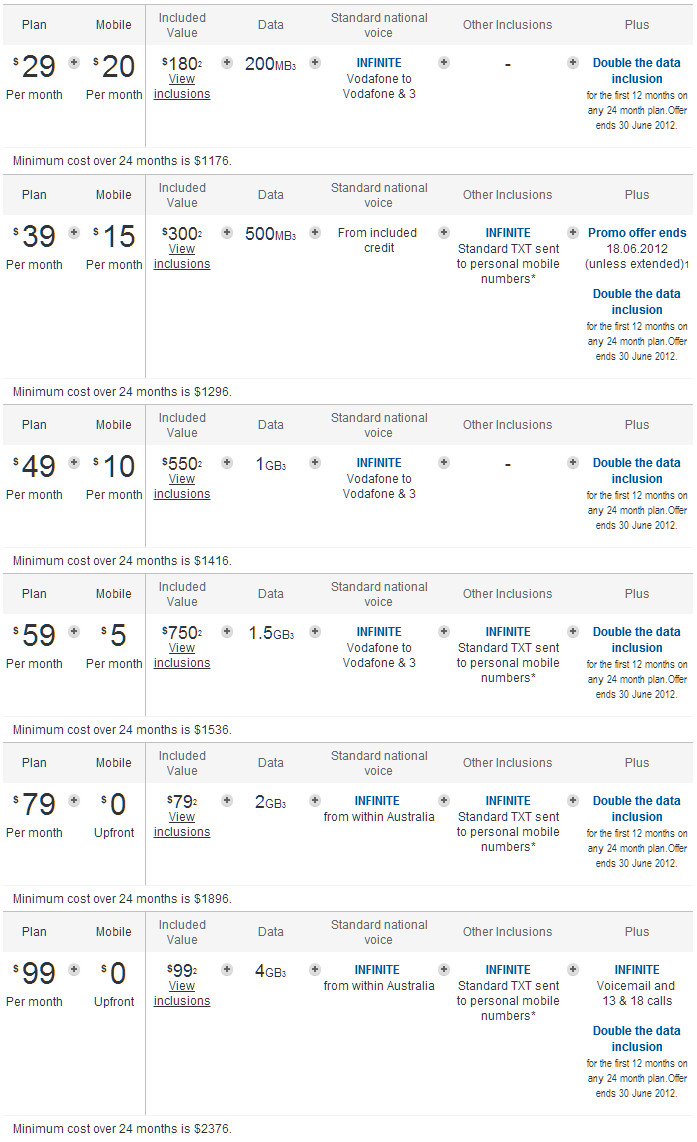 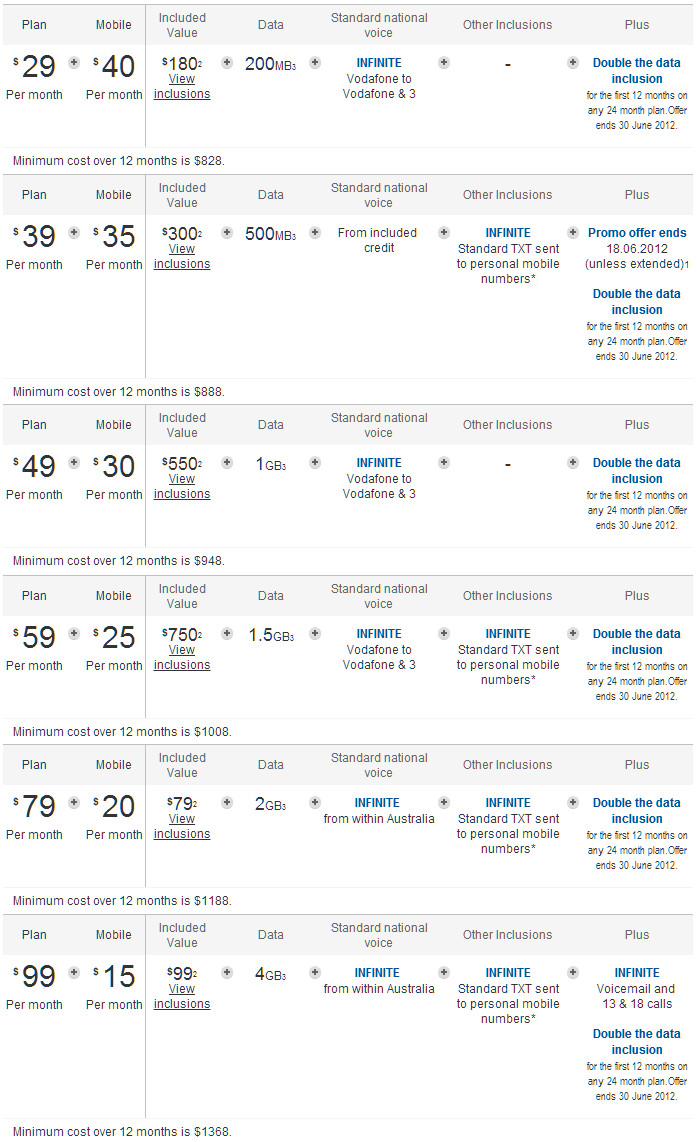