It's been a big few days for 4G smartphones in Australia. Last week, HTC announced the first 4G-capable Windows Phone, the Titan 4G. This week, it followed that up with the launch of the HTC One XL.

The Titan 4G and the One XL are just the third and fourth 4G-capable smartphones to launch in Australia, respectively. Which one is right for you? Let's compare these two 4G powerhouses and find out!

Unfortunately for the Titan 4G, Microsoft's strict hardware requirements for the Windows Phone platform means that a maximum screen resolution of 480x800 is the best it gets. This means the Titan 4G's 4.7in screen only has a ppi of 199, well behind the market leaders. The Titan 4G's SLCD display certainly isn't bad, displaying good colour reproduction, performing relatively well in sunlight and producing a bright and clear image. However, it doesn't render text as well as most of its rivals, particularly in the browser.

The HTC One XL has one of the best smartphone screens currently on the market. The 4.7in SLCD display has a HD resolution of 1280x720 and displays a crisp, bright and sharp image. It has excellent viewing angles, great sunlight legibility, good colour reproduction and particularly excels when it comes to displaying text. 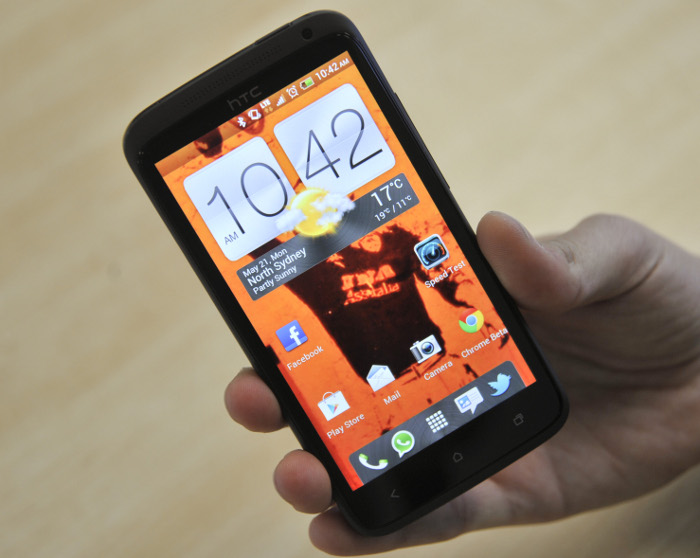 HTC has a reputation for producing quality designed smartphones and the Titan 4G is no different. It's constructed largely from aluminium, though soft feeling plastic surrounds the camera and a removable plastic panel slides off the back to reveal the SIM card slot.

HTC's build quality deserves to be commended but there's no mistaking the fact that the Titan 4G is a large, heavy and thick phone. It's 13mm thick and 132mm long, which makes it one of the largest smartphones on the market. It also weighs a hefty 147g and you can really feel the weight in your pocket when you're carrying the phone around during everyday use.

On the other hand, the HTC One XL is constructed from a single block of polycarbonate plastic. The end result is a sleek and light handset despite its large size. We think it's one of the best looking phones on the market. The One XL has a slightly curved profile and this makes it comfortable to hold while HTC's attention to detail in construction and design is very impressive. 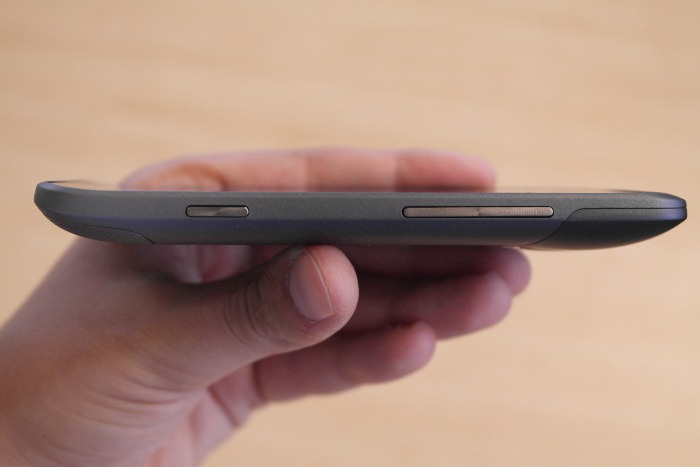 Choosing between Microsoft's Windows Phone OS or the popular Android OS isn't an easy choice. Any battle between rival operating systems is always tough to call and in most cases, whether or not one OS is "better" than the other is entirely subjective. One user may love the simplicity and elegant look of Microsoft's Windows Phone platform, while another may prefer the flexibility and customisation that Android brings.

The HTC Titan 4G comes with the latest version of Windows Phone, dubbed 7.5 or "Mango". As with all Windows Phones, using the Titan 4G is an almost identical experience to every other Windows Phone on the market. This isn't such a bad thing as the Windows Phone platform is slick, modern, user friendly and smooth. There's no lag or slowdown during general use, applications open swiftly with no delay and most core tasks are easy to access and use on a daily basis. While the HTC Titan 4G may appear to have "lesser" specs than the HTC one XL, don't be fooled — this is a fast smartphone that provides excellent performance. In many cases, such as scrolling through long lists on the touchscreen, the Titan 4G runs smoother than the One XL.

The HTC One XL runs the latest Ice Cream Sandwich version of Google's Android software and includes the company's UI overlay, called Sense, over the top. The new version of Sense has removed some fancy 3D animations and redesigned other UI elements for a better user experience. We love some of the less advertised touches, like asking you whether you'd like to save an incoming phone number as a new contact, the four dock icons appearing as shortcuts on the lock screen and the ability to automatically jump to a weather forecast when you've turned off your morning alarm. However, the interface is inconsistent due to HTC's insistence on capacitive shortcut buttons and there are a number of elements that have changed for the worse. The recent apps menu, the phone app and the on-screen keyboard are three examples. 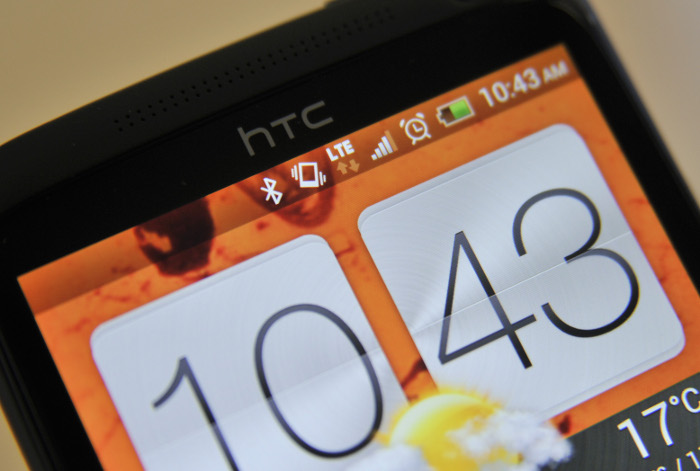 The HTC Titan 4G's key feature, aside from working on Telstra's 4G network, is a huge 16-megapixel camera (yes, 16 megapixels) which snaps photos at a resolution of 4640x3480 pixels. The camera has a 28mm lens, a backside-illuminated sensor and a dual LED flash. Unlike the HTC One XL, the Titan 4G has a physical camera button which makes it easy to snap photos straight from the lock screen. Camera features include panorama shot, burst mode and a range of image effects including vignette, sepia and negative. Face detection, smile capture and red eye reduction are among a host of settings.

The HTC One XL has 8-megapixel camera that is both slick and fast. The One XL can snap a photo in 0.7 seconds with a 0.2 second autofocus, can take up to 99 photos in burst mode if you hold your finger on the on-screen shutter button, can take still shots while recording uninterrupted video, and doesn't require users to switch from camera to video mode or vice versa. We also like the ability to add a range of real time effects to photos including distortion, vignette, depth of field and sepia. The One XL consistently captures images with high detail and its camera interface is well designed and easy to use.

HTC Titan 4G vs. HTC One XL: Internals and battery

The HTC Titan 4G is powered by a 1.5GHz single-core processor and has 1GB of RAM. While that may sound low in a world of smartphones powered by quad-core processors, Microsoft's Windows Phone platform is far more efficient than Android and doesn't need the latest cutting edge specifications to run smoothly. You can read our full review of the Windows Phone 7.5 operating system here. The biggest downside to the HTC Titan 4G is its non-expandable 16GB of internal memory, which is rather low compared to flagship rivals. It's 1730mAh battery will also struggle to get you through a full day of use before needing a recharge.

The HTC One XL is powered by a dual-core Qualcomm Snapdragon processor, has 1GB of RAM and 32GB of internal memory. The One XL also lacks a microSD card slot for extra storage and its 1800mAh battery is not removable. Like the Titan 4G, we found battery life on the HTC One XL rather disappointing. Our review unit didn't manage to achieve a full weekday of use before needing a recharge. If you're regularly in a 4G coverage zone the 1800mAh battery certainly drains quickly whenever the screen is in use.

The HTC Titan 4G is available through Telstra stores and online. It sells for $0 upfront on Telstra's $79 Freedom Connect Plan which includes $800 worth of calls and MMS messages, unlimited SMS messages and 2GB of data per month. The Titan 4G is also available on a range of Telstra business plans and will sell for $888 outright.

What do you think about the HTC Titan 4G and the HTC One XL? Let us know your thoughts in the comments below!