Epson showcased a new dry lab at the Digital Show in Melbourne over the weekend, a first for the brand and a product that the company says could be a game changer. Unlike traditional wet labs, the Epson SureLab D3000 uses inkjet technology similar to a consumer printer, but on a larger scale and with an improved formula.

No chemicals are required, which gives the SureLab D3000 a low learning curve, and more consistent results due to the use of inks that don't change over time like chemicals can. Epson's business unit manager, Craig Heckenburg, says that it's a more environmentally freindly unit as well, due to the fact that it doesn't require water and that it has much lower electricity requirements.

The unit also puts a focus on ease of use and space efficiency. All maintenance (that is, loading a paper roll and replacing ink tanks) can be carried out from the front, and there is no reason to venture to the rear of the unit. Furthermore, it rests on wheels, which makes it easy to manoeuvre and it can sit close to the ground. Epson says these traits will allow for the SureLab D3000 to be installed in relatively small shops or workspaces, potentially placed under a desk, against a wall or in a corner rather than in the middle of a room. An optional A4 sorter can sit at the side of the unit. 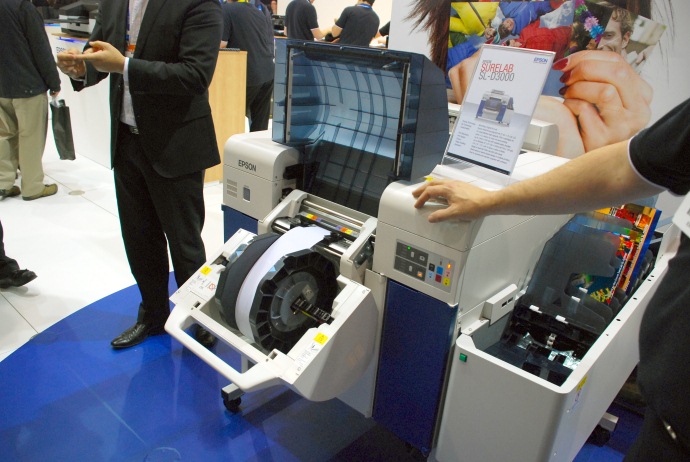 There are six 700ml D6 UltraChrome ink tanks (C, M, Y, K, Lm, Lc) that can be installed through the front of the unit, and Epson claims they can deliver a colour gamut higher than that of silver halide. The SureLab uses Epson's Micro Piezo printhead technology and a resolution up 1440x1440 dots per inch can be achieved. 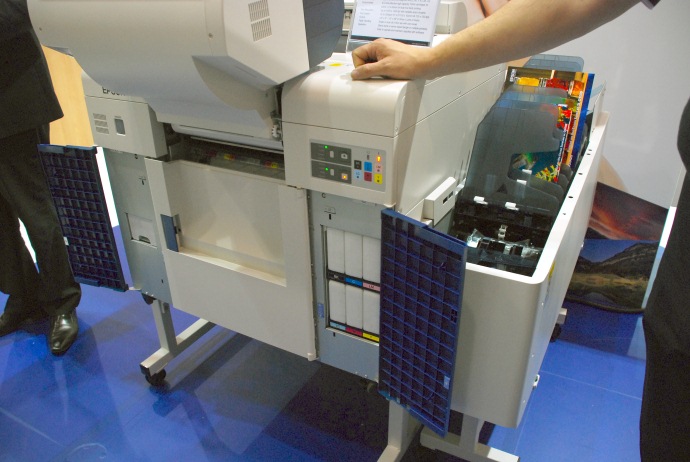 A single paper roll from 10.2cm to 30.5cm wide can be installed in the lab and it can print right to the edge of the paper. As different sized images are cut by the machine, off-cuts are placed in a bin that can be easily removed and emptied. Glossy, matte and lustre media is supported, and it can produce anything from long banners to promotional leaflets. A dual roll model will be available, too, so that two different paper types or widths can be loaded simultaneously. 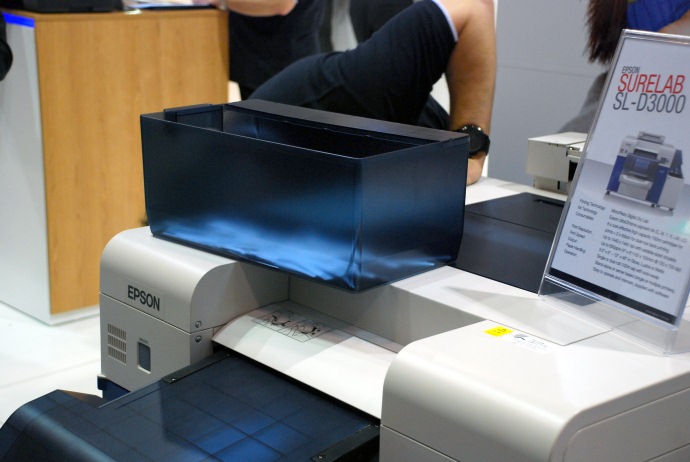 As for speed, Epson claims that up to 650 4x6 photos can be printed in one hour, which is a fun figure to compare against a modest home-based inkjet printer, which can print maybe 60 photos per hour. A dot matrix printer resides within the lab itself and it can print details on the back of photographs, ranging from dates and filenames, right down to nitty gritty details such as the individual colour profiles that were used to create the prints. 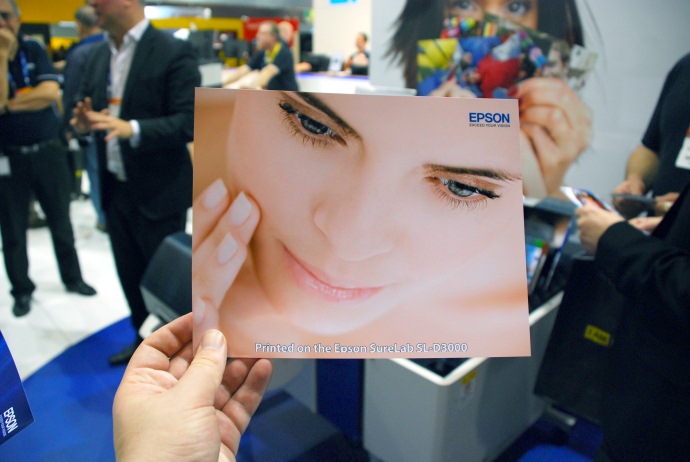 The photo quality we witnessed at the Digital Show demonstration was sublime.

Pricing has not been finalised for the product yet, and the product itself won't be released until around August. Nevertheless, Epson says that the cost savings from the use of ink rather than chemicals, the speed of the machine and the top-notch results, should make it appeal to mini photo labs and studios. Ease of operation is another factor that Epson claims, with simple front panel controls and PC software, and with barely any maintenance required except for the ink cartridge replacement and paper loading.

This writer flew to the Digital Show in Melbourne courtesy of Epson.