Australia is one step ahead of the US when it comes to online streaming of the popular TV show Game of Thrones: episodes of the show's currently-airing second season aren't available online through the US iTunes Store, Netflix or Hulu.

Viewers in Australia can access the show online via iTunes at the same time as it is broadcast locally, but US viewers must have an expensive cable subscription to access Game of Thrones online. 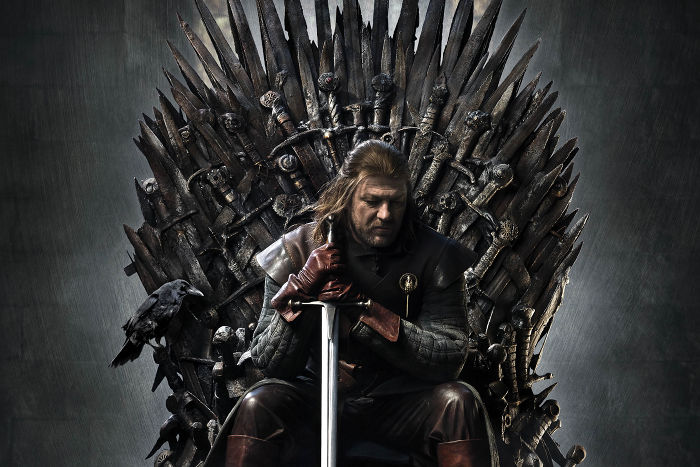 US Game of Thrones viewers are in a tough spot. To watch the show, their only two options are to pay for cable TV (about US$70 a month for an appropriate package) and watch each episode as it airs, or to pay for the same cable service and watch on the HBO GO online video streaming portal. Many potential viewers turn to BitTorrent.

It’s important to note the reason for all this piracy: lack of access to the show for people who can’t afford, or choose not to purchase, a cable-TV subscription.

A Forbes opinion piece says that HBO only has itself to blame for skyrocketing illegal downloads of the show, which is on track to be the most pirated TV show of 2012.

While heavy piracy has not killed off the first season’s DVD sales, pirates are using BitTorrent as a free alternative to the cumbersome process of buying and installing a cable TV subscription — analyst John Robinson told Forbes that this “is absolutely a reaction to the show’s not being available elsewhere online.”

According to BitTorrent news site TorrentFreak, the first season of Game of Thrones was the second most downloaded TV show of 2011. TorrentFreak also makes reference to the haphazard online availability of US TV shows: when Fox delayed currently-airing shows from appearing on Hulu for eight days after their broadcast, BitTorrent downloads doubled.

Forbes writer Erik Kain lays the reasoning out clearly: "Now, it’s important to note the reason for all this piracy: lack of access to the show for people who can’t afford, or choose not to purchase, a cable-TV subscription."

Australian iTunes Store customers can stream the entire first season of Game of Thrones off iTunes for $28.99. This purchase is for a DVD-quality version; there's no HD option available on the iTunes Store, so hi-def aficionados have to buy the Blu-ray (about $55 from JB Hi-Fi).

Why it isn't available in HD is unclear. It might be an exclusivity arrangement between HBO and its Australian broadcaster, or the bandwidth requirements on Apple's servers may be too great — Game of Thrones is one of the most popular shows on the iTunes Store, even without HD.

But more interesting is that in stark contrast to the US, Australians can purchase a season pass for the second season of Game of Thrones on iTunes for $28.99, and watch each episode of the show as it comes out — in line with its local airing on Australian cable TV's Showcase channel. Single episodes are $2.99 each.

The show airs on Showcase here on Sundays at 8:30PM, six days after the original US cable broadcast. Shows are added to iTunes on the same day, making the streaming service a viable alternative to paying at least $92 a month for a Foxtel subscription with Showcase (plus ancillary costs like installation).

Viewers in the US don't have that alternative. Anyone without a cable TV subscription is simply unable to watch Game of Thrones, whether it's through a cable connection or through the HBO website.

Ideally, Australians would be able to watch the show on iTunes or Showcase at the same time as it airs in the US. This would not eliminate piracy — downloading TV shows for free is more desirable than paying for a subscription, and downloading is often the easiest approach anyway — but any reduction would mean extra money in copyright holders’ pockets.

For the price of less than a week's wait, Australians have more ways to watch Game of Thrones than viewers in the country where the show is produced and originally aired. That's surprising.