LG has announced a new range of LED and plasma TVs for 2012, heavily pushing its Cinema 3D models as well as smart technology. 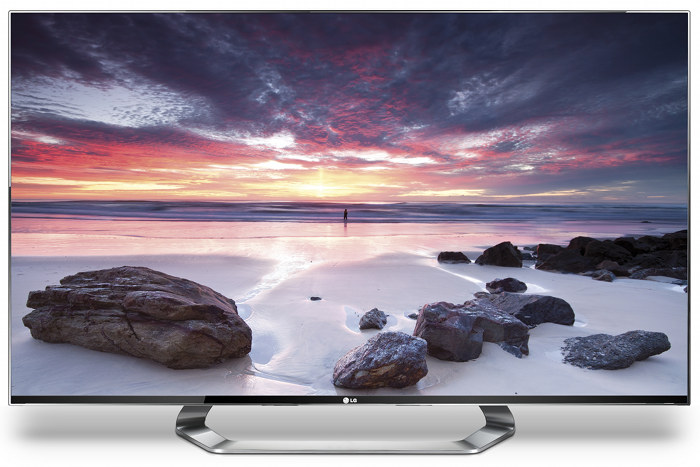 At the top of LG's range of TVs is the LM9600 — a 55in or 47in LED TV that uses a full array LED backlight for high contrast levels. The LM9600 has a bezel that's only 4mm thick, uses LG's Cinema passive 3D technology, and comes with a Magic Motion remote control with voice control features. It also has Smart Share Plus, a Wi-Fi Direct technology that can wirelessly transmit video from a PC to a TV, or from the TV to a compatible iOS or Android device.

Also debuting this year is the behemoth 72in LM9500, as well as 14 other Cinema 3D LED models — a total of 16 Cinema 3D LED TVs. Eight non-Cinema 3D LED TVs, four standard LCDs, and six plasma TVs will also be available, with models trickling into stores from April onwards. All up, LG will ship 34 TV models this year in Australia — ten less than Samsung.

LG's Cinema 3D is the cornerstone for more than half of the company's line-up. In the company’s presentation, marketing director Lambro Skropidis (an ex-Samsung manager) said that 63 per cent of TVs sold in Q1 2012 were 3D models, and that ticket sales to 3D movies had risen 212% in the last year.

Skropidis said that yearly purchasing rates of TV sets over the past year remained steady rather than declining — in contrast to gloomy forecasts — and also said that customers were paying three times as much on average for a 3D TV than a non-3D one. One third of all televisions currently being purchased are 55in or larger. Correspondingly, 7 of 14 of LG’s Cinema 3D LED TVs are over 55in — the company is aiming directly at a market segment interested in large-screen 3D with Smart accoutrements.

As well as Cinema 3D, the company is also pushing a range of Smart TV features in its 2012 line-up. A quarter of LG’s new TVs come with a Magic Motion remote control which allows gesture-based navigation of a TV’s on-screen interface, and the company’s four top LEDs come with an enhanced Magic Motion remote with voice recognition capabilities. The voice control works with search, Web browsing and other apps through cloud-based Dragon NaturallySpeaking voice recognition software. 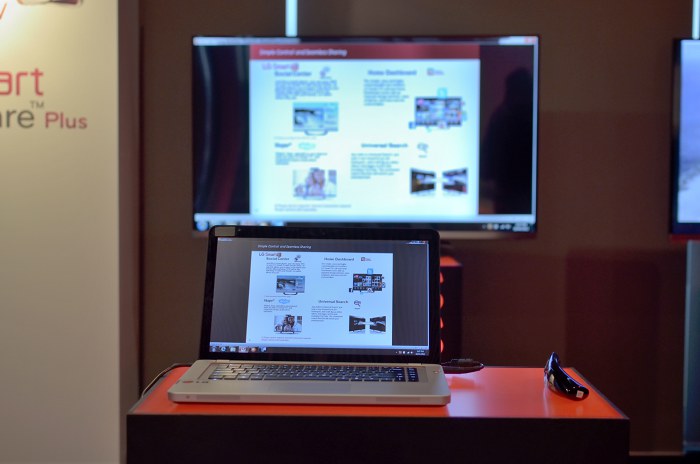 Smart Share is LG’s approach to wirelessly sharing media between PCs, mobile devices and its TVs. It uses Intel’s Wi-Di standard with compatible PCs, to mirror a PC screen through a direct Wi-Fi connection rather than relying on a router or external Wi-Fi network. Smart Share Plus, available on the LM9600 and LM8600, lets viewers connect their LG TV to a compatible Android or iOS tablet or smartphone and use it as a secondary screen with built-in controls.

A full list of LG’s 2012 TV collection has been reproduced below. Click on each image to view it in a larger size.