Panasonic has announced its 2012 television line-up in Australia, with 10 new plasma and 13 new LED TVs to go on sale from April. 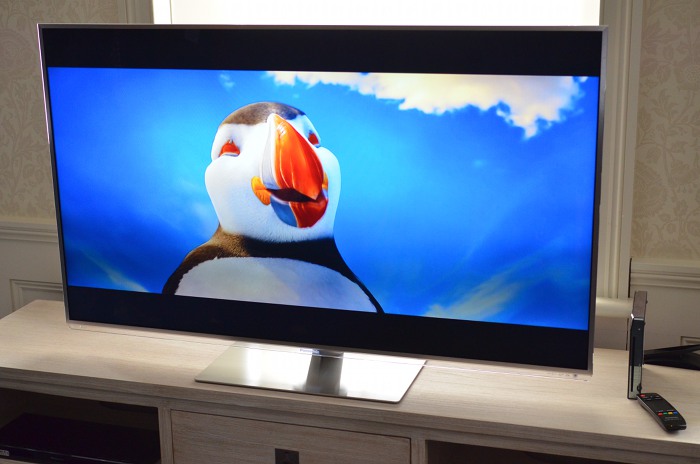 While the company released 16 plasmas and 11 LED TVs in 2011, this year has seen a reversal: more LED TVs than plasmas will be offered over the next twelve months. One reason for this is Panasonic's push to sell LED TVs in larger screen sizes (up to 55in) while cutting plasma production (42in plasmas are no longer offered).

Panasonic's flagship TV is still a plasma: the VIERA VT50 Series (available in 55in and 65in for $5999 and $3799 in June) uses a 15th-generation Infinite Black Ultra panel able to display 24,576 shades of grey, up from 6144 in the previous VT30 Series. Panasonic has quoted a 'Focused Field Drive' rate of 2500Hz for the VT50 — we're not sure how this compares to the 600Hz sub-field drive of previous models (here's some further reading).

The comapny's top LED TV, the WT50 Series (available in 55in and 47in for $3499 and $2849 in June), uses a Full HD 1080p LED edge-lit IPS LCD panel. Panasonic says the screen has 1600Hz backlight scanning, although it is unclear whether this is an improvement from last year's 200Hz models or a different measuring method. The company is releasing three LED TVs in the new 55in screen size throughout the year.

Like competitors LG and Samsung, Panasonic is touting improved 'smart TV' functions in its new range; all but two LEDs and two plasmas from the new line-up can access the improved VIERA Connect app store which now includes the BigPond Movies on Demand and Quickflix HD movie streaming services. Web browsing, Twitter and Facebook access are also included in some models. 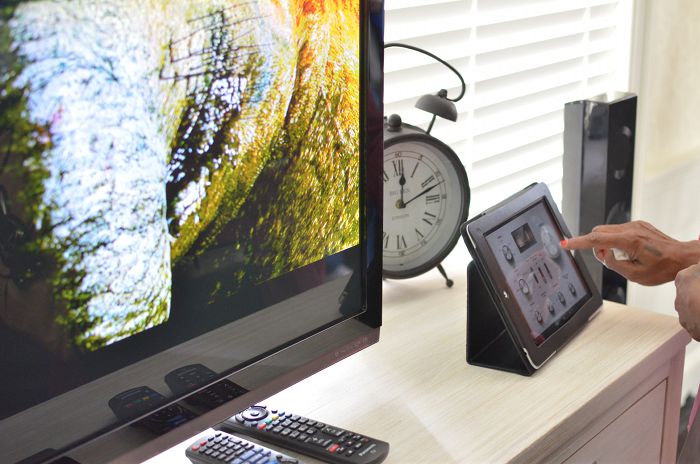 An Apple iPad controlling a Panasonic TV and home theatre.

New TVs will be able to be controlled through Panasonic-developed apps for Android and iOS smartphones and tablets. Some new Panasonic TVs and Blu-ray players will be able to stream video (recorded TV, downloaded media and live TV channels) to compatible smartphones and tablets. Panasonic general marketing manager Richard Tassone told GoodGearGuide the new range was designed with "third-party devices deeply integrated"; unlike Samsung, Panasonic does not have a significant mobile device line-up in Australia.