Adobe's Photoshop suite has overcome competing products over the years to not only become the de facto standard for image editing, but also a household name. The popularity of digital photography both as an art form and for commercial purposes means that there are now more people using Photoshop to edit and touch up their images than ever before. The visual nature of image editing and manipulation means that it is very easy to spot any imperfections and touch it up through the myriad of filters and plug-ins that are available in the program. However, despite the best efforts of designers, both amateur and professional, mistakes are made and inappropriate images somehow get published. 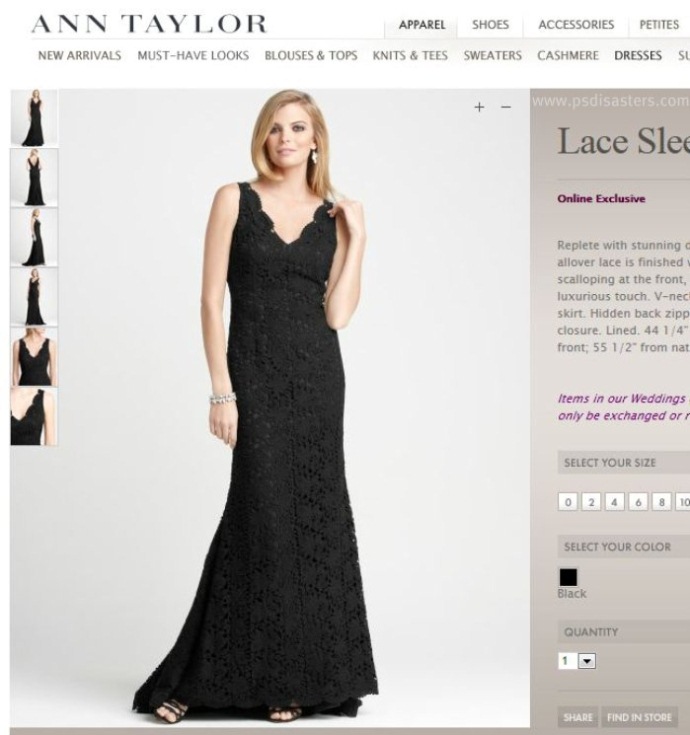 Seemingly fed up with the lack of professionalism, skill and/or talent routinely displayed by certain Photoshop users worldwide, the Photoshop Disasters (PSD) blog (www.psdisasters.com) came up in 2008 as a way to document and shame those who had committed the sin of creating and releasing a "Photoshop disaster". The blog, in its original form, was started by a webmaster who went by the handle "Cosmo", who helped build up the popularity and awareness of the blog for the next two years until ownership was passed on to a new webmaster. When Vernon, who chose to remain anonymous for this story, took the reins of PSD from Cosmo, he aimed to continue building upon the blog's mission of highlighting mistakes in graphic design. "The main reason for continuing PSD is our love for the community, and we see it as moral right to expose a lot of immoral Photoshop [work] that happens in our society", he said.

While Vernon admits to being a Photoshop user for several years, he does not feel that he should be classified as an expert on the subject, which is a common conclusion that people tend to jump to just because he runs the blog. "My first experience was through college and I used it on some project that I was working on at the time", he said. "Photoshop today is a lot easier to use than it was back then". This interest in Photoshop led Vernon to operate PSD, which actively sources "disastrous" images from the Internet and user submissions before posting them online for the whole world to judge.

What makes the site more intriguing is that the broken images are often from professional publications, which not only have a tendency to employ skilled artists, but editors as well. Despite these gatekeepers, PSD has demonstrated time and time again that "Photoshop disasters" happen. "I'm not exactly sure why these disasters happen", Vernon admits, "but I guess a lot of these companies have a messed up view as to what true beauty is".

While PSD's tongue-in-cheek posts often serve as a critique for badly designed images, the blog found itself threatened with legal action in late 2009 by renowned clothing brand, Polo Ralph Lauren, if it did not remove a post that featured a grossly manipulated image of model Filippa Hamilton. Polo Ralph Lauren issued a Digital Millennium Copyright Act (DMCA) takedown notice to the host of PSD, claiming the use of the image infringed on its copyright, but the blog decided to continue running with the image as it was deemed to be fair use. In addition to continuing to use the offending image, a mocking rebuttal was posted by PSD and the takedown notice was reposted for visitors to see. While Polo Ralph Lauren eventually apologised for its "outrageous bout of Photoshop exuberance", as the blog described it, the company did not go as far as to apologise for the original DMCA notice their lawyers sent to PSD.

As more artists dip their feet into Photoshop and the publishing industry continues to be obsessed with altering photos to their image of what constitutes perfection, it is still too early to tell whether PSD is contributing to artists tightening up their Photoshop skills, or whether it is merely generating more attention about flawed images that have always been around in one form or another. "I was expecting that submissions of disasters would start to drop, but we're actually seeing increasing submissions by our readers", Vernon said. "We might be seeing more disasters because our audience is growing and have learnt how to spot these disasters more easily".

PSD in itself serves as a clear warning to both wannabe artists and seasoned professionals that careless mistakes in graphic design will not be tolerated but instead shamed, and for those who may or may not be aware of the blog, Vernon's advice on how to avoid making a Photoshop disaster is quite simple: "It would be to not cut corners and manipulate something to the point where it doesn't look real anymore", he warned. "The PSD community is very large, and anything that gets published that looks manipulated beyond belief normally gets picked up by our site".

"Photoshopped" is not a verb, says Adobe

The rapid adoption and broad popularity of Adobe Photoshop has meant that the program has not only found itself on most computers around the world, but it has reached mainstream recognition in that terms such as "Photoshopped" or "Shopped" have become verbs used to refer to images edited by the program. While one might think that entering the vernacular with the likes of Google would put Adobe in an enviable position, but the company has actual gone to great lengths to discourage the practice in the past.

Adobe's position is that its trademarks, such as Photoshop, are some of its most valuable assets and they are something it protects worldwide. "We consider the use of Photoshop as a verb, or in any other way than as the name of our digital imaging software product, to be a misuse of our mark", an Adobe spokesperson explained. While this is the vendor's official stance, most users such as PSD's Vernon continue to use the terms in a daily context. "I personally don't have any issue with these terms and I think they are quite a light hearted way in referring to images manipulated in the program", he said.