Optus has revealed its pricing plans for the Nokia Lumia 800 smartphone and has promised to deliver the device to customers on 1 March if they pre-order online, the telco announced this afternoon.

The Nokia Lumia 800 will be sold on five Optus cap plans and two Optus timeless plans, all on 24 month contracts. Optus appears to be marketing the $49 cap plan most heavily — the Lumia 800 is $0 upfront on this plan, which includes $550 worth of calls and texts, 1.5GB of data and unlimited access to Facebook, Twitter, LinkedIn, MySpace, eBay and Foursquare services per month. The telco has promised to deliver the Lumia 800 to its customers on Thursday 1 March, provided they pre-order the phone through the Optus Web site by Friday 24 February.

The Nokia Lumia 800 is the first Nokia smartphone to run the Microsoft powered Windows Phone platform and shares an almost identical physical design to Nokia's MeeGo-powered N9 smartphone, also sold by Optus. It has a 3.7in AMOLED display, is powered by a single-core 1.4GHz Qualcomm MSM8255 processor, has 512MB of RAM and 16GB of internal memory. It also has an 8-megapixel camera with Carl Zeiss optics that doubles as a 720p HD video recorder. Australian models of the Lumia 800 are available in four colours: black, blue (cyan), pink (magenta) and white.

Both the Lumia 800 and the Lumia 710 were unveiled globally in October last year and are the result of Nokia's decision in February 2011 to switch from Symbian to the Windows Phone platform for its core smartphones.

Optus pricing plans for the Nokia Lumia 800 are detailed below: 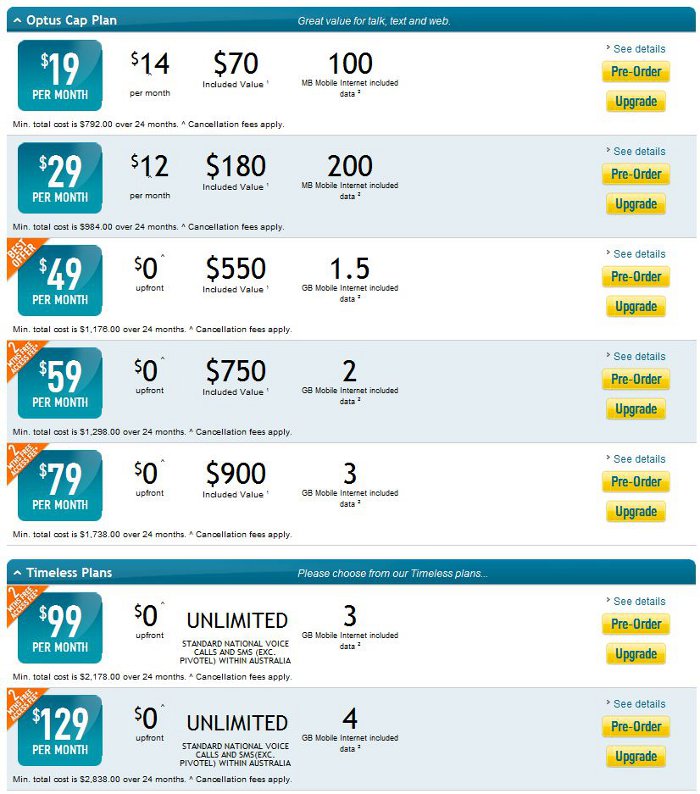