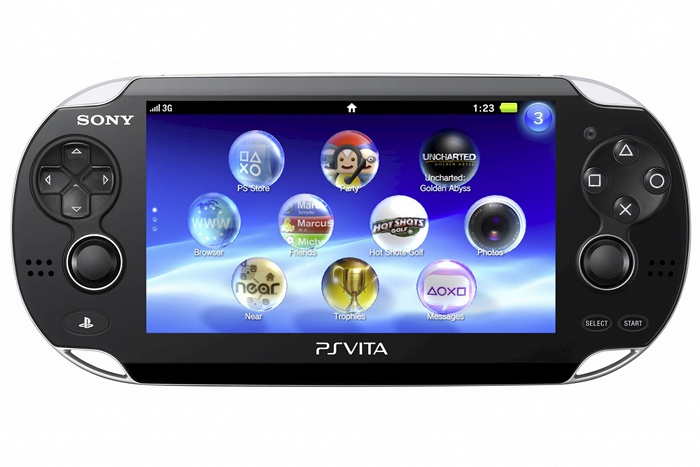 Sony’s gearing up to launch the PlayStation Vita in North America later this month and we’ve got all the details you need including specs, price, and a look at the Vita games that will be available at launch.

What Is The Vita?

The Vita is Sony’s newest handheld gaming system, and in many ways it represents Sony's answer to the Nintendo 3DS. Following on the heels of Sony’s earlier PSP and PSP Go mobile gaming systems, the Vita was announced last year and actually came out in Japan last December.

Why Do I Want One?

It’s shiny and new, isn’t that enough? No? The Vita’s biggest selling point is arguably the 5-inch 16:9 OLED multi-touch screen. That may not sound large, but for a portable device it’s positively huge. The screen’s packing some impressive specs as well, with a 960-by-544 pixel resolution that displays up to 16 million colors. I went hands-on with the Vita earlier this week and the screen looks bright, clear, and fantastic for video.

However, videos aren’t the only thing that will look great on the Vita. The system’s graphics are powered by an ARM Cortex A9 processor, a powerful quad-core CPU capable of rendering some truly impressive graphics on a mobile platform. Sony’s taken to comparing the Vita’s graphics with their PlayStation 3 console, and while the graphics aren’t quite at PS3 levels, the Vita certainly shows off some of the most impressive graphical effects I've ever seen on a mobile device.

Sony’s also thrown in a lot of other new bells and whistles that open up a lot of exciting gaming possibilities. The Vita has front and rear facing cameras, a GPS sensor to make it location aware, Wi-Fi capabilities (along with 3G on the more expensive models) and an accelerometer for motion control. With all these options the Vita is potentially capable of supporting nearly any gameplay mechanic game developers are currently using, including tablet-style touch-based games and Nintendo Wii-style motion controls. The obvious exception is the lack of a 3D display, but, given the literal and figurative headaches the Nintendo 3DS’ screen has caused some players, it may have been a smart decision to leave that feature out.

PlayStation Vita games are stored on a proprietary flash-based cart format (much like Nintendo’s DS line), and most games will allow you to save data directly to their cart. But downloadable titles and the like will always need to be stored on a memory card, which is sold separately from the base hardware.

Sony’s last generation of hand-held consoles required proprietary memory sticks for the hardware, and the Vita’s complete lack of internal storage means it’s no different. If you don’t pick up a bundle when the system launches, you’ll likely have to pony up for at least one memory card. The smallest is a 4GB card, which costs $20. Sony also sells 8GB ($30), 16GB ($60) and 32GB ($100) cards. Many of the titles available for purchase on the PlayStation Network (PSN) are rather small --many clocking in at under 200MB -- so you should be able to pack quite a few onto even a 4GB memory card. You’ll also be able to back up your games to a PC or PS3 so you won’t need to store your entire library on your Vita memory card at all times.

Sony also ruffled some feathers earlier this week when they announced that they would not be bringing the Vita’s UMD Passport program to North America. The Passport program let Japanese gamers who had bought physical copies of PSP games in the UMD format enter in codes on the game disc to buy a digital version for the Vita at a heavy discount.

Without access to the Passport program, North American users looking to play their old PSP games on their new device will have to re-buy them on the PlayStation store at full price. Obviously, long-time PSP owners aren’t exactly pleased about the extra expense. Of course, if this will be your first Sony handheld (or you can deal with playing your old games on your old console) the change won’t affect you at all.