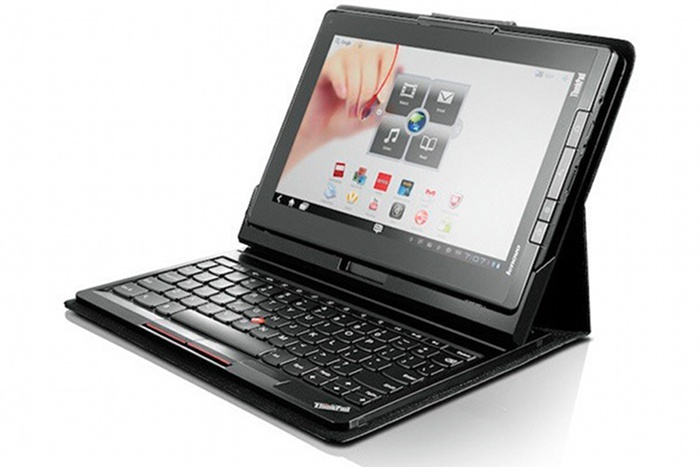 The idea of using an easy-to-tote tablet for work appeals to you. You can use it for email, note-taking, presentations, accessing the Web, and other business tasks - at least if you're not dependent on complex spreadsheets or physical input. Tablets are easier on the eyes than the tiny screens of smartphones, and they're better for your back than lugging a laptop.

If you seek basic information on what to look for in a tablet, check out PCWorld's . But for business purposes, read on for what you need to know about choosing a slate with the right operating system, apps, connectivity options, hardware, and more.

When purchasing a tablet, the first thing to consider is the operating system and the app ecosystem you're buying into. At the moment, the tablet OS wars have two major players: iOS on the iPad 2 and Android on almost everything else.

Also in the mix, on a handful of tablets, is Microsoft Windows 7. Windows slates haven't been very successful for several reasons, but mostly because Windows -- whether it's Windows XP, Vista, or 7 -- isn't the optimal OS for such a device. While Windows 7 wasn't designed for tablets, it does a better job than you might think of supporting tapping and swiping, given the small icons and menus it must work with. With a slate that accepts stylus input, it works better. We expect this situation to improve with the arrival of Windows 8 tablets that will have the finger-optimized Windows Phone 7-like Metro interface later this year.

In spite of the interface issues, if you're using any sort of vertical Windows application, or rely upon some of Microsoft Office's deeper features, a Windows 7 slate is your only real choice for comprehensive business use.

Windows 8 tablets are comingFor general tablet use, Apple's iOS or Google's Android makes a better choice in most cases than a Windows 7 tablet. Some tablets, such as Viewsonic's ViewPad 10, dual-boot to Android and Windows 7. If you really want to enjoy access to a marketplace and all those fun apps, this couild be a better solution than a Windows 7-only tablet.

With Windows 7, you can install nearly any application available for that OS. For iOS and Android, you're more limited in your choice of business applications, but not as much as you might think.

Some tablet makers, such as Lenovo on its ThinkPad Tablet, offer VPN and even remote Windows desktop options (such as Citrix Receiver) preinstalled.

As for productivity apps, iOS has the iWork for iPad suite, which does a passable job with documents, spreadsheets, and presentations that are compatible with Microsoft Office. Docs to Go and Quickoffice are among the office suites available for both iOS and Android. All let you load, create, and save Word, Excel, and PowerPoint files, but they do have limitations. For example, they can't handle complex, macro-driven spreadsheets.

Unfortunately, online applications such as Google Docs and Docs.com are not the great solution for tablets that they could be -- at least not beyond basic word processing. In practice, they're simply too keyboard- and mouse-oriented to be used efficiently on a tablet.

Of course, dragging a keyboard and mouse around with you begs the question, "Why didn't I just buy a laptop?" But if you type a lot, you'll need a real keyboard. Using peripherals with a tablet isn't as zany an idea as you might think -- after all, those tools will make certain tasks easier, and you'll still have the tablet to use as such when you're not employing them.