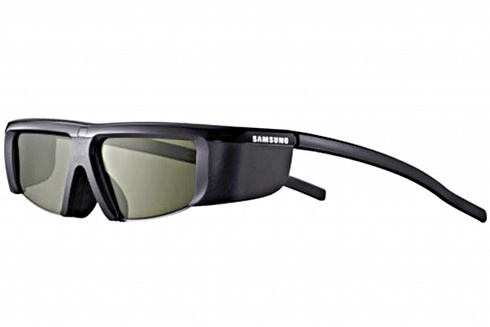 Polarized "passive" 3D TVs hit the market in the beginning of the year as a response to the bulky, expensive, complicated active-shutter 3D TVs that turned off many would-be buyers. But many home theater enthusiasts (and TV manufacturers) claimed that they sacrificed image quality in the process. DisplayMate Technologies, a display calibration software developer, pit active and passive 3D TVs against each other to get to the bottom of this and published the results in a freely-available report (3D TV Display Technology Shoot-Out). As it turns out, passive TVs have a more restricted viewable range than active-shutter sets, but they don't lose detail. Read on for more on their testing procedures, as well as our own in-house testing results.

When you're watching TV, you're looking at a flat 2D panel. In order to trick your brain into seeing a 3D image in a flat panel, you have to show each eye a slightly different image, which your brain puts together into one image with the illusion of depth.

Active-shutter glasses are actually a pair of small LCD screens alternately block out the image in the left and right lens in sync with the TV, which shows your eyes slightly different images that your brain puts together to create the illusion of depth. Naturally, this gear doesn't come cheap. At first, active-shutter glasses cost around $150 per pair, though recently they've been coming down in price to as low as $50.

Passive 3D TVs use the same glasses you find in 3D movie theaters, which are similar to sunglasses. The passive 3D TV starts by displaying two different images superimposed on each other through a polarized light filter. Each lens in the passive 3D glasses has a filter that allows a different image in, so each eye can receive a different half of the image and produce the 3D illusion without depending on any electronics in the glasses.

However, this theoretically comes at a cost in image quality; each lens gets a different half of the image, so the odd lines go to the right eye, the even lines go to the left eye, or vice versa, meaning each eye would only get 540p of a 1080p image. Passive 3D TV manufacturers argued that it didn't matter because while each eye might get 540p, your brain puts both halves of the image back together so you see a 1080p image. If the active-shutter advocates were correct, passive 3D would make a Blu-ray look like a DVD--something which no home theater enthusiast in their right mind would tolerate.

DisplayMate ran the Samsung UN46D7000, Sony KDL-46HX729, LG 47LW6500, and Vizio E3D470VX through a battery of tests, but the one we're most interested in are their sharpness and resolution viewing test. In order to determine whether passive 3D glasses blocked out any image details, they used a scene from IMAX Space Station 3D that shows a sign (pictured below) with some very small text (6-10 pixels tall).

Even though the passive 3D TV screen looks the worst out of the three when viewed without glasses, it looked the best with the glasses on. DisplayMate President Raymond Soneira presents the results in their test report: "In all 14 cases the small text (6 to 10 pixels in height) was readable on the FPR Passive Glasses. This definitively establishes that there is excellent 3D Image Fusion and the Passive Glasses deliver full 1080p resolution. Again, if the Passive Glasses only delivered half the resolution, as some claim, then it would have been impossible to read the small text on the FPR TVs. So those half resolution claims are manifestly wrong – no, ands ifs or buts!"

Interestingly, Soneira goes on to state that the small text in the scene was actually easier to read on the passive TVs than the active TVs, because the active glasses have issues with crosstalk and image ghosting that the passive sets don't have to deal with.

Our own subjective comparisons echo DisplayMate's results. We tested several sets in our Active 3D vs. Passive 3D feature, and while you can certainly see the passive TVs' interlaced look staring at the screen without glasses, all the passive 3D TVs we've tested in-house (the LG 47LW5600, Vizio XVT650SV, and LG 47LW6500) all produced a 3D image that looked every bit as detailed as their active-shutter counterparts.

Active 3D TV makers: The ball is in your court. If you want us to pay the premium (and deal with the headaches) of active-shutter 3D, you'll have to show us a 3D TV that looks better, first.