Operation Raccoon City is due to be released on 22 March.

I asked my dad once whether he liked his job as a chef.

"Of course not", he scoffed. I asked him why.

The Resident Evil series has yet to reach the two decade milestone but the same kind of heroes have been saving the world from a full-blown zombie apocalypse for about 15 years now.

There have been some changes made to the series since the inception of the first RE in terms of style, story and gameplay (most notably with the acclaimed RE4) but the numbered releases in the series generally don't stray too far from the beaten survival horror path.

Luckily, what Capcom is good at is taking risks with non-numbered RE releases. That's exactly what it did with Resident Evil: Operation Raccoon City.

For this project, Capcom teamed up with Canadian studio, Slant Six Games — the company that took over the development of Sony's SOCOM series in the mid 2000s — to develop this squad-based third-person shooter (TPS).

Which is just as well because, frankly, I wouldn't trust Capcom to do a full-blown TPS game by itself. If you have complained about RE4 and RE5's finicky shooter controls, you'd be thanking the gaming gods for this collaboration.

I had a chance to play around with Operation Raccoon City at the Ultimate Capcom Showcase organised by the publisher's local distributor, THQ. 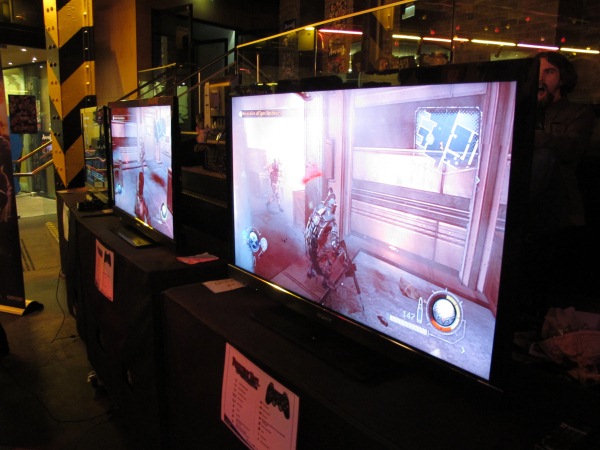 You don't have to be a genius to figure out the game is set in Raccoon City, the scene for some of the earlier RE games. It actually takes place during RE2 and RE3.

This time, rather than being an ill-equipped protagonist, you're part of the Umbrella Security Services (USS) and you've got a posse of five badass teammates to watch your back.

USS is the group that HUNK works for and he is even featured in the game. 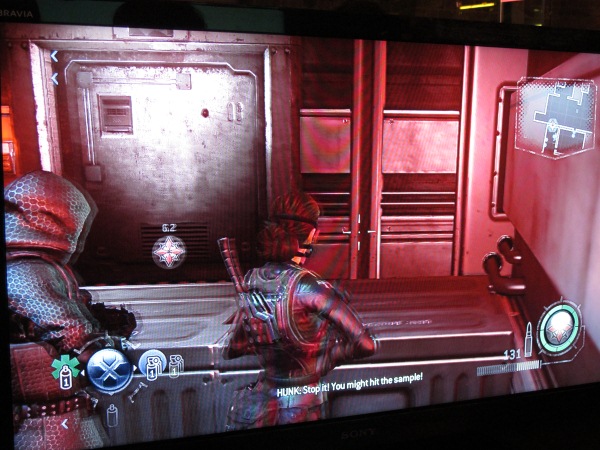 (Author's note: I would like to comment on how they made a chick the medic and an Asian the science nerd but that's a whole other article in itself…)

Your objective? To destroy evidence that would expose Umbrella Corporation's nefarious dealings including, of course, new-age necromancy. When Umbrella screws up (which appears to be often), USS sweeps in to clean up the mess.

While RE 4 and 5 were technically TPSes, what really separates Operation Raccoon City is how well it fits into that genre.

There was no co-op campaign mode at the Capcom Showcase, but I had a chance to test out online multiplayer, which features four modes and 10 maps.

Let's quickly do a rundown of the four modes:

Biohazard: Explained to me as "capture the flag on crack"
Survivor: Fight everybody and everything until the extraction helicopter comes
Team attack: Basically a team deathmatch
Heroes: Play as classic RE character such as Leon, Claire and HUNK

In online multiplayer, the USS is pitted against the US Spec Ops Echo Six team. It's a three corner battle system as the teams not only fight each other but the horde of walking dead as well — not to mention bio-organic weapons such as Hunters, Lickers, etc.

I played on the Spec Ops team as Dee-Ay, the pretty boy Assault specialist (personally I would have liked him to look more like Liam Neeson, but anyway…) on Survivor mode. The game accommodates up to eight players, but the chopper only has four seats so you might end up having to fight your teammates if you want to escape.

Besides occasionally going into de-bug mode by accident, I was surprised at how well the game's controls handled. Given I was one of those whingers that bitched about RE4 and 5 controls, I was happy with the marked improvement.

Capcom and Slant Six had worked hard to iron out the shooter problems from RE 4 and 5 so — from my preliminary assessment — their efforts have definitely paid off.

I was particularly impressed with the finer details of the game, such as anti-camping measures, which saw me getting attacked from behind (LOL!) by zombies when I was picking enemies off in one spot for too long. You can also get attacked by zombies from the ceiling of buildings if you camp. So just don't do it, okay?

The Bleed Effect in Operation Raccoon City deserves a mention as well. Being hit with certain types of weapons can induce a bleeding state — essentially just bleeding out — which is the equivalent of screaming "Dinner time!" to zombies in the area.

It can obviously be used strategically to make zombies finish off your opponent. Being infected with the T-virus can also work to your advantage since you will be more resilient to attacks in the short time before you get zombified and indiscriminately attack your teammates.

Oh, and the Operation Raccoon City is gory. Really gory. I like that...

It's these little additions that get me excited and really grounded the game in the RE universe. But will the die-hard RE fans buy the game?

As Operation Raccoon City producer, Mike Jones, puts it: "We know the decision to go full-on TPS action with RE can be extremely polarising and there are people out there that are like 'No! Remake RE2! That's all we want!'", he said. "But we feel this game is an answer to calls from a lot of fans and the media in the past few years that have said 'Oh, the controls are crappy', 'I can’t move and shot at the same time' and so on."

"... Personally as just a gamer, I'm happy to have a co-op game I can just play with my friends."